‘Trump will not build Dakota Access Pipeline without a fight’

February 8, 2017 Comments Off on ‘Trump will not build Dakota Access Pipeline without a fight’ 802 Views

The battle line appears drawn between U.S. President Donald Trump and environmental campaigners over the construction of an underground oil pipeline in the country, which Trump seems to be in support of, but opposed by some activists and Native Americans. 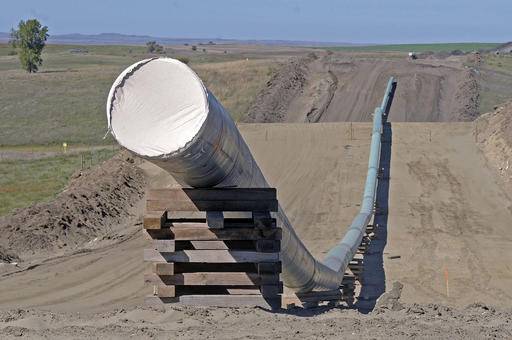 A section of the Dakota Access Pipeline under construction near the town of St. Anthony in Morton County, North Dakota

The U.S. Army Corps of Engineers notified Congress on Tuesday, February 7, 2017, that it would allow the multi-billion-dollar Dakota Access pipeline to cross under a Missouri River reservoir in North Dakota, completing the four-state project to move North Dakota oil to Illinois. The Army intends to allow the crossing under Lake Oahe as early as Wednesday, February 8. The crossing is the final big chunk of work on the pipeline.

Indeed, within the next 24 hours, the U.S. Army Corps of Engineers is expected to grant the final easement for the Dakota Access Pipeline that would allow construction to proceed under the Missouri River in North Dakota, where the route of the pipeline begins in the Bakken shale oil fields.

May Boeve, 350.org Executive Director, said: “Trump thinks he’s getting what he wants, but the people who’ve been emboldened by the worldwide fight against the Dakota Access pipeline won’t quietly back away. Indigenous leaders, landowners, and climate activists are ready challenge this decision in the courts and in the streets – as we have each time the fossil fuel industry steamrolls over human rights for their own profits. While the industry’s grip on our government tightens, so does our resolve to keep oil, coal, and gas in the ground and build the clean energy economy we need from the ground up.”

Tom Goldtooth, Executive Director of the Indigenous Environmental Network, disclosed: “Donald Trump will not build his Dakota Access Pipeline without a fight. The granting of an easement, without any environmental review or tribal consultation, is not the end of this fight – it is the new beginning. Expect mass resistance far beyond what Trump has seen so far.

“The granting of this easement goes against protocol, it goes against legal process, it disregards more than 100,000 comments already submitted as part of the not-yet-completed environmental review process – all for the sake of Donald Trump’s billionaire big oil cronies. And, it goes against the treaty rights of the entire Seven Councils Fires of the Sioux Nations.

“Donald Trump has not met with a single Native Nation since taking office. Our tribal nations and Indigenous grassroots peoples on the frontlines have had no input on this process. We support the Standing Rock Sioux tribe, and stand with them at this troubling time.”

Protesters have severally highlighted the potential for spills that could taint drinking water, an issue at the core of the Dakota Access pipeline protest. But the promoters insist that the pipeline is the safest and most environmentally sensitive way to transport crude oil from domestic wells to American consumers.

The pipeline has indeed been controversial regarding its necessity, and potential impact on the environment. A number of Native Americans in Iowa and the Dakotas have opposed the pipeline, including the Meskwaki and several Sioux tribal nations. In August 2016, ReZpect Our Water, a group organised on the Standing Rock Indian Reservation, brought a petition to the U.S. Army Corps of Engineers (USACE) in Washington, D.C. and the tribe sued for an injunction. A protest at the pipeline site in North Dakota near the Standing Rock Indian Reservation drew international attention. Thousands of people have been protesting the pipeline construction, with confrontations between some groups of protesters and law enforcement, along with disputes over the facts.

The USACE approved the easement through Lake Oahe on February 7, 2017, allowing for the pipeline to be completed.

The $3.78 billion project was announced to the public on June 25, 2014 and informational hearings for landowners took place between August 2014 and January 2015. 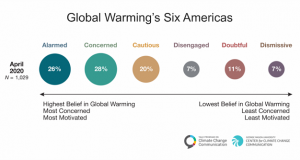 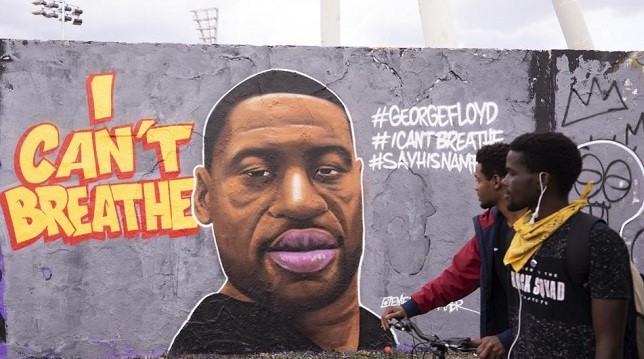