African countries implementing the Extractive Industries Transparency Initiative (EITI) have been called upon to devise home-grown strategies to tackle transparency and accountability issues bearing in mind the unique and peculiar nature of the region. 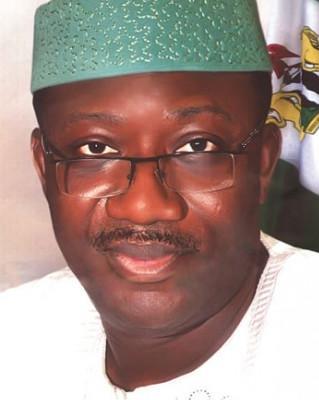 Minister of Mines and Steel Development, Dr. Kayode Fayemi, made the call when he received a delegation from the Malawi Extractive Industries Transparency Initiative (MWEITI) that came to understudy Nigeria’s implementation of the EITI.

The Malawian delegation visited the Minister in his capacity as the Chairman of the NEITI National Stakeholders’ Working Group, which is NEITI’s board.

Dr. Fayemi advised African countries to bring their traditional notions of accountability and values to interrogate existing institutional mechanisms and frameworks while entrenching the values that will stand the test of time and ultimately influence global initiatives like the EITI and make the initiative attractive for their citizens.

“One value we can add is to make the EITI relevant to our people and the government,” Dr. Fayemi stated. “We joined the initiative voluntarily. We need to have our own clarity of thoughts as to what we will like to see. Annual audits are fine by themselves, but we need to make the issue of transparency tangible for those who are ultimately the victims of lack of transparency especially in the extractive industries. How does what we do in NEITI for instance sit with the African mining vision that African Union Ministers have agreed for the extractive sector in Africa.”

He advised African countries implementing the EITI to use the initiative to help their respective governments by proposing alternatives and options that support reforms in their extractive industries. “Africa needs to deepen the engagements, institutionalise and internalise the EITI,” he added.

Executive Secretary of NEITI, Waziri Adio, advised the team on the need for Malawi to put in place a legal and regulatory framework in order to sustain and safeguard the implementation of the EITI and ensure that Malawians derive maximum benefit from their God-given wealth.

“Though Nigeria is a pioneer member of the EITI, there are things we want to do differently and so we see your visit also as a learning process for us,” Adio added. “The advocacy strategies that we have adopted make our engagement with stakeholders unique and have seen even those who do not want to partner with us, reach out to us of their own volition. The Legislature have also benefited from our reports. You need to work with all stakeholders taking into account their various sensitivities.”

At the Revenue Mobilisation Allocation and Fiscal Commission (RMFAC), the delegation was received by the Acting Chairman of the Commission, Alhaji Shettima Abba Gana, who commended the delegation for identifying Nigeria’s implementation of the global Initiative as worthy of emulation.

He noted the positive role that NEITI is playing in the on-going reform agenda of the government and advised the Malawian delegation to carefully take note of the unique strategies and policies that the agency has adopted towards achieving its objectives.

The Delegation also visited the Minister of State for Budget and National planning, Zainab Ahmed, who was the immediate past executive secretary of NEITI and a member of the Board of the global EITI representing Africa, the Mining cadastral office and the Economic and Financial Crimes Commission (EFCC) where they held series of meetings with the officials.

Leader of the Malawian Delegation to Nigeria and Chairman of the MSG, Crispin Kulemeka, said they were in Nigeria to learn how the country recorded its successes and milestones in implementing the EITI.

Mr. Kulemeka said Nigeria is rated highly at the global EITI, adding that the lessons they are taking away will help strengthen Malawi’s EITI implementation and preparation towards releasing its first report which is due in April, 2017.

“We are fascinated at how NEITI has been able to focus people’s attention on issues and engage them on all sides of the spectrum. You made EITI relevant to the people, politicians, civil society, etc. We need to create a network of civil society between NEITI and MWEITI to enable us strengthen our processes,” Mr. Kulemeka added.

National Coordinator of MWEITI, George Harawa, commended NEITI’s relationship with all the stakeholders they interacted with.

According to Mr. Harawa, “NEITI is not a stand-alone entity. There is evidence of team work and command of knowledge.”

The team visited mining sites in Nigeria and met with members of the civil society, the media and miners association.

Malawi joined the global Extractive Industries Transparency Initiative in 2015 and is working towards getting a compliant status while Nigeria has been a founding member of the EITI since 2003, and has published seven cycles of oil & gas audits, five cycles of solid minerals audits and conducted one audit on Fiscal Allocation and Statutory Disbursements. Nigeria gained compliant status in 2011 and was adjudged the best implementing country in 2013.