Trump says ‘nobody really knows’ if climate change is real

December 16, 2016 Comments Off on Trump says ‘nobody really knows’ if climate change is real 1,041 Views

President-elect Donald Trump has said that “nobody really knows” whether climate change is real and that he is “studying” whether the United States should withdraw from the global warming agreement struck in Paris a year ago. 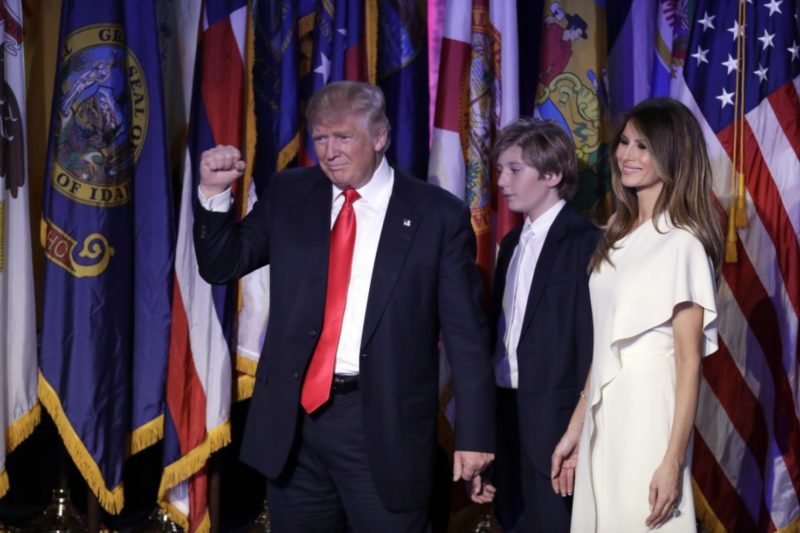 In an interview with “Fox News Sunday” host Chris Wallace on Sunday, December 11 2016, Trump said he’s “very open-minded” on whether climate change is underway but has serious concerns about how President Obama’s efforts to cut carbon emissions have undercut America’s global competitiveness.

“I’m still open-minded. Nobody really knows,” Trump said. “Look, I’m somebody that gets it, and nobody really knows. It’s not something that’s so hard and fast. I do know this: Other countries are eating our lunch.”

There is a broad scientific consensus that human activity – including the burning of fossil fuels for transportation, heating and industrial manufacturing – is driving recent climate change. In its most recent report, the Intergovernmental Panel on Climate Change concluded that it is “extremely likely” that, since the 1950s, humans and their greenhouse gas emissions have been the “dominant cause” of the planet’s warming trend. The top 10 hottest years on record have all been since 1998, and 2016 is expected to be the hottest year since formal record-keeping began in 1880.

But it’s not the first time that Trump has disregarded that established scientific view.

During the presidential campaign, Trump referred to climate change as a “hoax” perpetrated by the Chinese, a comment he later described as a joke. But during a town hall in New Hampshire, he also mocked the idea of global warming. At that event, Meghan Andrade, a volunteer for the League of Conservation Voters, asked Trump what he would do to address the issue, to which he replied: “Let me ask you this – take it easy, fellas – how many people here believe in global warming? Do you believe in global warming?”

After asking three times “Who believes in global warming?” and soliciting a show of hands, Trump concluded that “nobody” believed climate change was underway except for Andrade.

During Sunday’s interview with Wallace, Trump said he needed to balance any environmental regulation against the fact that manufacturers and other businesses in China and elsewhere are able to operate without the kind of restrictions faced by their U.S. competitors.

“If you look at what – I could name country after country. You look at what’s happening in Mexico, where our people are just – plants are being built, and they don’t wait 10 years to get an approval to build a plant, okay?” he said. “They build it like the following day or the following week. We can’t let all of these permits that take forever to get stop our jobs.”

The U.S. has outpaced the rest of the developed world in terms of growth since the 2008 recession, though developing countries such as China boast higher growth rates. Typically, economists compare the U.S. against other industrialised nations since developing countries typically grow faster than their developed counterparts.

The New York businessman made the same critique of the Environmental Protection Agency, to which he has nominated Oklahoma Attorney General Scott Pruitt – a climate change skeptic – as the head. Wallace asked whether he was “going to take a wrecking ball to the Obama legacy,” to which Trump replied, “No. No. No. I don’t want to do that at all. I just want what’s right.”

“EPA, you can’t get things approved. I mean, people are waiting in line for 15 years before they get rejected, okay? ” he said. “That’s why people don’t want to invest in this country.”

It is unclear which permit application Trump was referring to, but he has repeatedly criticised EPA rules. And though he has given mixed signals on whether he would back out of the United States’ voluntary commitments under the Paris climate agreement, it would take several years for the next administration to withdraw now that the agreement has entered into force.

Last week Trump’s transition team for the Energy Department asked officials there to identify which employees have participated in international climate negotiations or worked on domestic efforts to cut greenhouse gases, such as calculating the social cost of carbon. Several scientists, federal union officials and public watchdog groups have expressed concern that these individuals could be targeted for retaliation once Trump takes office.