Several months after stakeholders gathered in Keffi, Nasarawa State to implement an enabling process towards the preparation of the Third National Communication (TNC), the experts convened once again last week in Kaduna to make progress on the realisation of the climate change-related proposal. 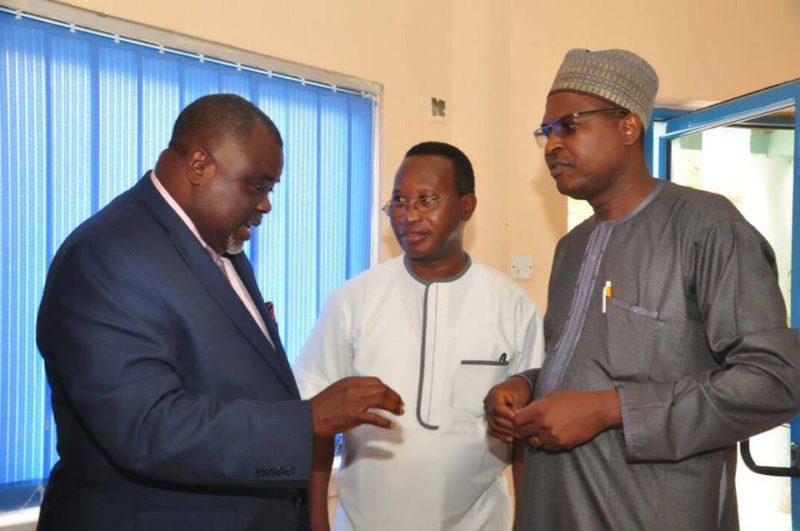 For two days (from Wednesday, July 26 to Thursday, July 27, 2017) in the Kaduna State capital city, they brainstormed on ways to establish and institutionalise thematic working groups that will serve as the hub for the TNC data sources and possibly map out other areas for data collection. The occasion was the Stakeholders’ Follow-up Workshop Towards Preparation of Nigeria’s TNC to the United Nations Framework Convention on Climate Change (UNFCCC).

A National Communication is an update prepared periodically and submitted by countries who are Parties to the UNFCCC on efforts they undertake towards combating climate change. This is to meet the ultimate objective of the Convention, which is “stabilisation of greenhouse gas concentrations in the atmosphere at a level that would prevent dangerous anthropogenic interference with the climate system”.

Nigeria, which is presently preparing the third in the series of National Communications, at the Kaduna forum developed category and sub-category templates for activity data collection. Particpants also identified standby institutions that will regularly assist the Department of Climate Change of the Federal Ministry of Environment with information and the data flow.

Apart from increasing the understanding the content of the TNC, the forum basically served as a prelude to setting up the nation’s measurement, reporting and verification (MRV) system.

Permanent Secretary, Federal Ministry Of Environment, Dr Shehu Ahmed, solicited contributions in order to set up a strong baseline of the TNC and come up with concrete recommendations that will help the country to easily access data and address climate change challenges it faces.

He said: “The climate change data set and developing the capacities of national and regional institutions and actors to design and implement policies and programmes is key to sustainable natural resources management.”

Dr Ahmed thanked the United Nations Development Programme (UNDP) for its support and partnership, saying that, in compliance to Nigeria’s obligation as a Party to the UNFCCC, the First and Second National Communications were prepared and submitted to the UN body in November 2003 and June 2014 respectively.

He described the preparation of National Communications is critical, pointing out that it provides an opportunity to document the current climate change situation impacting the country, as well as the projected impact of climate change in the future.

“Without appropriate adaptation and mitigation measures, climate change could have an extremely harmful impact on the sustainability of the development process. As we are all aware, developing countries, including Nigeria, are extremely vulnerable to climate change and the Government of Nigeria regards the challenge of climate change as inimical to its national sustainable development; and, therefore, must be squarely addressed,” the Perm Sec noted.

The Director, Department of Climate Change, Federal Ministry of Environment, Dr. Yerima Peter Tarfa, disclosed that three Thematic Groups of local experts from various sectors were identified and engaged to  assist in sourcing data as it relates to the different components of the TNC report, which he listed to include: (1) the National Circumstances and Crosscutting issues; (2) the Greenhouse Gas Inventory and Mitigation Actions; and (3) Vulnerability and Adaptation to Climate Change.

“Preparation of NCs requires a fairly lengthy and interconnected series of tasks and fundamental decisions. Hence we realised that the inventory process should be planned, operated and managed well to ensure optimal quality and efficiency, given available resources. This is especially important as we produce the TNC and subsequent national inventories,” he said.

On the consequences of the effect of climate change, he submitted: “You are all aware that climate change has emerged as one of the most important issues facing the global community in the 21st century. It is expected to pose a serious threat to development and livelihoods, and the effects will be felt most strongly by the poorest people in the least developed nations of the world, who rely on the natural environment for their livelihood.”