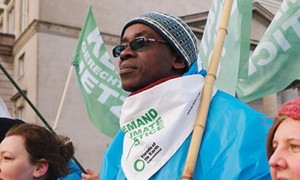 Environment and social activist, Nnimmo Bassey, describes the formation by government of the Hydrocarbon Pollution Restoration Project (HYPREP) towards the implementation of United Nations Environment Programme (UNEP) report of the assessment of the environment of Ogoniland as a mere propaganda

On the eve of the one-year anniversary of inaction over the United Nations Environment Programme (UNEP) report of the assessment of the environment of Ogoniland, the Nigerian government announced the formation of a Hydrocarbon Pollution Restoration Project (HYPREP).

Considering that it took 12 months before government made this announcement, it is not surprising that the major reason why this was made at all was, according to sources, to calm frayed nerves in Ogoniland by demonstrating “government’s commitment to implement the harmonised recommendations of UNEP report.” There is no public information so far about what these “harmonised recommendations” are. What we do know, however, is that the reviewers of the UNEP report consider some of the recommendations as not being “actionable.” It is not clear how the classification was arrived at.

UNEP was commissioned to assess the environment of Ogoni land in 2009 and completed the assessment and submitted a report two years later on August 4, 2011. On receiving the report, the president set up a Presidential
Implementation Committee (PIC) headed by the Minister of Petroleum Resources (although public information then was that it was to be jointly headed by the ministers of Environment and of Petroleum Resources) to study it and advice government and what steps to take.

In addition, there has been an Industry Action Group led by the Group Managing Director of Nigerian National Petroleum Corporation (NNPC), and possibly including the gamut of polluting companies, who also reviewed the UNEP report and made recommendations to the Minister of Petroleum Resources.

In a sense, it is not surprising that the Ministry of Environment is playing a less than significant role in the tackling of this environmental disaster.  We reach this conclusion because when the damning UNEP report was issued – outlining the fact that Ogoniland was a major environmental disaster – the Minister of Environment reportedly claimed she could not comment on the UNEP report because she saw it as a matter of national security that was too sensitive to speak on. With that laid back attitude, many observers are not surprised that a major polluter in Ogoniland, which is also a more assertive ministry, would take the driving seat. Note that the NNPC is a major polluter and is deeply implicated in the devastation of the Ogoni environment.

The HYPREP is set to implement an “aligned” version of the “harmonised report”- which is a cross between the PIC report and the in-house report of the NNPC. The alignment of the harmonised report was achieved on July
18, 2012 when, under the auspices of the Minister of Petroleum Resources, stakeholders in the oil and gas industry further interrogated this harmonised report for “alignment.” The baseline for this alignment is also
not in the public sphere.

It was the outcome of the “alignment” meeting that was then presented to the PIC, followed by the announcement of the setting up of the HYPREP. In all these steps, the impacted communities were conspicuously left out. This
says a lot about how transparent the HYPREP is, and will perhaps be.

Whereas the UNEP recommendations are in the public realm, the public does not know the contents of the harmonised or aligned recommendations the government wishes to implement. The Ogoni people whom the process is meant to pacify do not have information on all of these. Yet the HYPREP announcement was timed and hyped to blunt the perceived “increasing restiveness” in their communities with regard to the delay in implementation of the UNEP report.

Information on the details of the HYPREP is hard to come by but it is expected to develop and initiate work programmes aimed at restoring Ogoniland and other impacted host communities. One of the steps the HYPREP will take will be to  “put in place a Security strategy to facilitate access to polluted areas and dismantling of illegal activities (crude oil theft and artisanal refining) that will stop deterioration of the impacted host communities.”

In a press statement made shortly after the Minister of Petroleum announced the setting up of the HYPREP, Ogoni Professionals dismissed it as a “mere gimmick.” Their statement said, “The professional body of all Ogonis in the United States and indeed the entire Ogoni people are appalled that, almost one year after the UNEP Report was released and President Goodluck E. Jonathan assured the Ogoni people and the world that his administration will promptly act on the report, no practical steps has been taken by the government to implement the UNEP Report except this latest gimmick.” They are also “concerned that the HYPREP established to specifically ‘look into the Ogoniland degradation from oil spills’ as well as ‘implement the recommendations of the United Nations Environment Programme’ does not have any inputs from the Ogoni people, the immediate beneficiaries and the UNEP that is unbiased and professionally equipped to coordinate the implementation of the report.”

The Ogoni Professional regretted that, since the release of the UNEP Report, “the Ogoni leadership has not been able to secure any audience with President Jonathan and others to discuss how the report will be fully implemented.” They then went on to say that the timing of the announcement raised “serious doubts about the seriousness and real intentions of the government. In fact, the news conference unveiling the HYPREP by the
Petroleum Minister is nothing short of a failed public relations blitz by the Jonathan Administration to give the public, especially the International Community the false impression that the government is taking steps to implement the UNEP Report.”

The implementation of the HYPREP will require huge budgetary outlays. Surprisingly the HYPREP was not anticipated in the 2012 national budget even though the UNEP report was submitted a full four months before the
end of 2011. The plan appears to be that government and the oil and gas industry will devise a collaborative funding strategy to ensure the execution of the projects under HYPREP. Government’s contribution will likely come from a supplementary budget where an allowance would be made for the operation of the HYPREP.

It must be noted that the lack of clear financial plan before the announcement of the HYPREP is a recipe for inaction or at best delayed action that could see another one year or more before initial practical steps are taken.

As designed, the HYPREP has an advisory or steering committee, a technical work group and a monitoring group. The technical work group would presumably have members drawn from environment, water, health and other relevant ministries/sectors. The monitoring and sustainability group will probably be a partnership with United Nations agencies such as the UNDP and one would expect, UNEP. It is expected that the monitoring group will be the compliance enforcement arm of the project. It is not clear at this point what the “sustainability” label would translate to in reality besides given the group a nice sounding name.

The UNEP has issued a statement applauding the setting up of the HYPREP. UNEP must be relieved to see that at last, after twelve months there is a flicker of life from official quarters after all. This endorsement from UNEP should cheer the government. For people whose environment has more or less been killed, this mere announcement of an intention to set up HYPREP gives little reason to cheer. 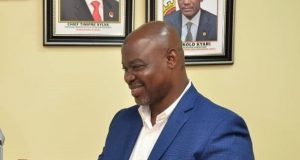 News of the agreement by Shell to accept liability for longest drawn case concerning pollution ...