Eleri: Govt funding of pro-poor energy access on the decline

August 12, 2012 Comments Off on Eleri: Govt funding of pro-poor energy access on the decline 1,225 Views 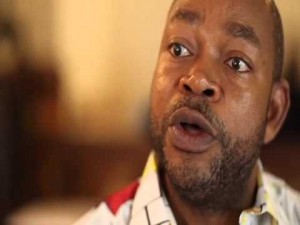 According to Ewah Eleri, Executive Director, International Centre for Energy, Environment & Development (ICEED), the Financing Pro-poor Energy Access project that his organisation is involved in seeks to reverse the declining Federal Government funding of pro-poor energy access by campaigning for the expansion of the scale of government, private sector and donor funding for pro-poor and gender-sensitive sustainable energy options. He spoke with Michael Simire and Tina Armstrong-Ogbonna. Excerpts:

What is the Financing Pro-poor Energy Access campaign all about?

Over the years, government spending on rural electrification has declined. There is no incentive that has been established to encourage the new distribution companies to be able to extend power to communities and households that have not been connected before. So, there is a need to re-launch Nigeria’s rural electrification strategies designed in such a way that is consistent with the power sector reform which has more private sector participation. Secondly, we know that grid connection alone cannot be able to be either technically or financially feasible for most communities that are in the remote areas and that we have the opportunity to be able to meet their needs through upgraded renewable energy sources. It is not really a matter of choice for us, it is something that we have to do if we are going to extend electricity to these remote areas and most of them are in the North. Our campaign focuses on the salient energy crises that we have, that crises is the crises of household, the crisis they face in having access to safe and affordable cooking energy. It brought the focus on rural electrification but also cooking energy for poor household because we have a situation where government has no plans and programmes and no pro-poor policy on cooking energy. The result being that Nigeria is number one on the list of countries that has the largest number of deaths coming from cooking with wood that 95,300 Nigerians should die every year is totally unacceptable. Our campaign focuses on both rural electrification and cooking energy. There is no better way that the government can show its commitment to these areas than through appropriation, providing adequate budget lines to expand rural electrification under a privatised scenario and providing significant resources so different agencies of government can implement policies that allow poor families to have access to clean cook stove especially cooking gas and efficient wood stove. So that is what the campaign is all about.

What is the linkage between this campaign and the concept of renewable energy?

We know that ideally we should connect the grid to all household, to all businesses in the country. The reality is that, quite technically, that may not be feasible, some communities are very far away from the grid making it expensive to reach them, and some community are even impossible to reach, especially solar radiation and small hydro-power and the prices for solar systems have been dropping rapidly over the years, making it much more attractive than it was before. So this is a new situation that we find ourselves, where we need to re-design and re-launch a national rural electrification strategy and back it up with appropriate budgetary funding.

Are you proposing that there should be more grids?

We think that we should pursue rural electrification with the diverse tools that we have. We need to aggressively extend the national grid but even more so we need to pursue low-cost but high impact renewable energy electricity and the opportunities in the solar area are enormous, so also are other renewable energy sources. We should pursue it from all angles, both grid and off-grid. That is the way we can make progress in reaching the target set by the Vision 20:20 target, and the Vision expects us to have at least 75 percent coverage in our country. Today, even though in the past we have up to 50 percent coverage of electrification, but it has declined to under 50 percent essentially because our population has grown faster than our ability to connect communities. So, instead of a growing proportion of Nigerians having access to electricity, it has been in decline and this has happened at a time when people who are already connected have less reliability on power. The fact remains that there is no way we can make progress on the transformation agenda, on the vision 20:20, on the Millennium Development Goals, if we do not provide people and small businesses with electricity that enable them generate income and provide social services and address the poverty that they face.

Unfortunately, the issue of energy for poor people has fallen off the policy ladder of this government and the government seems to miss the link between access to energy, growth and poverty reduction. So we are working in partnership with other organisations to ensure that these linkages are re-established and there will be need to expand energy access. Don’t forget that this is also the Year of Sustainable Access Energy For All declared by the United Nations. So we must have to demonstrate that we are committed to the welfare of the Nigerian people by ensuring that we post adequate budget lines for them by 2013.

Is it that we don’t have enough cooking gas or what is the issue here?

In many ways, we suffer much energy poverty than any country in Africa. For instance, as regards the issue of cooking gas, Nigeria on a per-capita base on the average uses 0.4kg of cooking gas (or the so called LPG gas) per annum. This is one of the lowest in Africa; lower than in Ghana and Senegal. We are one of Africa’s largest exporters of cooking gas. We export more cooking gas than we use annually in Nigeria. The Nigeria LNG and other companies are producing and exporting cooking gas. But we don’t use them at home. So this is an issue the government needs to tackle by enhancing public awareness, by strengthening regulations so people are confident that the use of gas is safe, and also by doing something about prices of cylinders.

Other countries that have made progress including India and Senegal have a subsidy scheme for cylinders. The Lagos State Government has started a project on subsidy for cylinders because one of the reasons why people don’t use cooking gas is because of the cost of buying cylinder which is expensive. The upfront cost is high. It varies according to the sizes of cylinder. Some cylinders are sold at N6,000. Just the ability to pay that upfront cost is a stumbling block and a major barrier to acquiring it. If there was a subsidy scheme or even if there is not a subsidy scheme. If it is a financing scheme that allows people to pay in installment that is one aspect. The other aspect is been able to have lower weight cylinders.

How do you mean? Kindly shed some light on this.

These are cylinders that are like 3kg, 4kg in weight because it allows families to be able to buy gas in quantities they can afford. In some parts of Nigeria now, even if you bring 12.5kg and weigh it, so you know the weight and say I want N1,000 worth of gas, I want 1kg or 2kg. So you don’t have to fill the entire cylinder or as it is being done with phone cards. You can buy N100 or N200, N400. Think of how access to mobile phone cards would have been if all of us can buy N1,000 credits. So it is the same kind of thinking for cooking gas.

Abroad, we have cases where you don’t have to buy cylinders to have access to gas. Can we explore that process?

Lagos State is developing a new law to make it mandatory for estates of some certain sizes not to use cylinders but to have a gas network within their estate where they can only have one central tank and it is metered at the point of use. You pay as you use. In many ways, Lagos State is leading and we think the Federal Government needs to learn from Lagos State and develop a national programme for this and more states also need to follow suit and help develop programmes to address the energy poverty that our people face.

Is gas really cheaper to use and environmentally friendly?

It is cheaper and environmentally friendly than cooking with wood, but it is also cheaper than wood. The cost of the energy is cheaper than the cost of wood and the cost of kerosene, especially liberalised kerosene because only few people have access to the subsidised kerosene which is N50 per litre. But if you are going to buy kerosene like most people in Nigeria buy at N100 and above, then cooking gas is by far cheaper than kerosene and don’t forget we are already flaring a lot of this gas. The quicker we can put the gas to use and assist the poor make progress in their families and businesses the better for us.

How about using electricity? It’s a better alternative, isn’t it?

Today we don’t have enough electricity in our grid, perhaps in the future when the supply of power begins to meet the demand. Then for those poor households that are connected to electricity they can then make their assessment if electricity is cheaper than gas. But today there is no real alternative; people are stuck with using wood including in urban areas. Over 50 percent of all urban dwellers in Nigeria use wood to cook. That is very serious. It is even more so in the North.

For instance, it is not up to one percent of household in the North especially in the North-East that uses cooking gas. It is poverty. It is not only about poverty but more so about the distribution chain of this gas. You don’t want to buy a cylinder when you are not sure the gas would be available or maybe you are so uneducated over handling of gas and thus so afraid of using it because of fear that it may blow up.

A lot of people have this apathy towards using cooking gas. That appears to be a setback to this campaign.

It is the responsibility of the Federal Government and regulatory agencies to promote the awareness about cooking gas. But in promoting the awareness that cooking gas is a safe and cheaper energy alternative, we also need to ensure that we have stronger regulation for cylinders and their nozzles, ensuring that we have good safety standards that we can enforce.

Who are you partnering with?

How can this campaign for pro-poor energy access help in achieving the millennium development goals (MDGs) as regard poverty alleviation, for example?

Access to energy strengthens our ability to expand education and health services. The linkage is very strong and if we begin to reduce public investment in this area, we undermine our ability to be able to meet those critical health and education services or even to address the environmental problems that we have pledged in the MDGs. So somehow access to those pro-poor energy services are critically linked to delivering those services without which we would be undermining it.