May 21, 2021 Comments Off on Study describes pollution from chemicals, wastes as key driver of biodiversity loss 663 Views

All eyes are on global biodiversity this week, as the world celebrates the International Day for Biological Diversity on Saturday, May 22, 2021 and calls are made to stem the tide of biodiversity loss worldwide.

With biodiversity loss occurring at an unprecedented rate, the secretariats of four UN multilateral agreements (Basel, Minamata, Rotterdam, and Stockholm conventions) have teamed up to develop the key insights of an upcoming study that puts the spotlight on one of the underlying drivers of biodiversity loss, namely the unsound management of chemicals and waste.

Pollution, including from hazardous wastes and chemicals, is widely accepted as one of the main drivers of biodiversity loss. Meanwhile, the production, use and trade of chemicals is growing in all regions of the world, driven by global megatrends such as population and increasing consumption patterns.

Global sales in chemicals were worth approximately $3.5 trillion (including pesticides but excluding pharmaceuticals) in 2017 and chemicals production is expected to double in size again between 2017 and 2030. Hazardous chemicals and other pollutants (e.g. endocrine-disrupting chemicals and pharmaceutical pollutants) continue to be released in large quantities and are ubiquitous in humans and the environment. The global waste market has become a viable economic sector, estimated at $410 billion per year, from collection through to recycling – yet only about one-third of the world’s municipal solid waste is properly managed, and much of that is increasingly hazardous. Marine litter, including plastics and microplastics, is now found in all oceans, at all depths.

The study on the “Interlinkages between the chemicals and waste multilateral environmental agreements and biodiversity: Key Insights” was jointly conducted by the Secretariats of the Basel, Rotterdam and Stockholm (BRS) Conventions and the Minamata Convention on Mercury.

Driven by the need to gather forces in the face of shared environmental challenges, the full document, together with another study on climate change, will be released in the coming months. In mapping the interlinkages between chemicals and wastes and biological diversity, the study provides an essential baseline for future work and collaboration between conventions, in different spheres and within them, to efficiently tackle this worldwide issue.

For instance, many chemicals, such as those known as Persistent Organic Pollutants (POPs) and mercury, are transported around the globe through the environment, so their emission and release can affect human health and the environment, including wildlife, even in remote locations. Once released, they typically persist in the environment circulating between air, water, sediments, soil and biota in various forms, and may not be removed from this cycle for a century or more.

Pollution from chemicals and wastes impacts our natural world in many ways. From the choking of life in our rivers and oceans by plastic waste or pesticides, to endocrine disruption and neurotoxicity in humans and wildlife caused by the take-up and accumulation of industrial chemicals such as PCBs and PFOS, to the poisoning of our soils, freshwater and air, or as mercury dramatically affecting the health of small-scale gold miners wastes through dumping or open burning of waste, unsound management of chemicals and waste places a burden on biodiversity across the globe. Common to each of these examples is the almost irreparable damage done to the ecosystems and to Nature’s ability to thrive and to contribute to the well-being of people. Wildlife and other biodiversity are also heavily impacted.

In particular, levels of mercury and the POP polychlorinated biphenyls (PCBs) remain a significant exposure concern for many Arctic biota, including polar bears, killer whales, pilot whales, seals, and various seabird, shorebird, and birds-of-prey species. The levels of these chemicals put these species at higher risk of immune, reproductive and/or carcinogenic effects. This is complicated by the fact that Arctic wildlife and fish are exposed to a complex cocktail of environmental contaminants including mercury, legacy persistent organic pollutants (POPs), emerging chemicals of concern, and other pollutants that in combination may act to increase the risk of biological effects.

According to Rolph Payet, Executive Secretary of the BRS Conventions, “the release of this landmark study is timely, on the occasion of international Biodiversity Day, but it is also urgent, as the twin threats to a healthy planet – climate change and biodiversity loss – show no signs of slowing. The report shows that the sound management of chemicals and waste, including plastic waste, would significantly reduce the impacts on our planet’s habitats and species, plus deliver a whole series of other benefits including better human health, movement towards a circular economy, and more equitable, sustainable development in the poorest regions of the world.

“Since the four conventions provide a framework for exactly this action, we invite governments, civil society, and the private sector to renew efforts and act urgently, including through fullest possible implementation of the Plastic Waste Amendments to the Basel Convention and accelerated actions to achieve Stockholm Convention 2025 targets on the phase-out of PCBs and other POPs.”

Monika Stankiewicz, Executive Secretary of the Minamata Convention on Mercury, underlines that “the key insights of this study shed a light on what the chemicals and waste conventions can do – by working in close collaboration – to better protect biological diversity, ecosystem services and human health. If we want to effectively address the critical role of pollution in biodiversity loss, we must understand that such a worldwide, complex problem needs solutions that are interconnected, smart-targeted and shared.

“For example, a toxic contaminant like mercury persists in the environment, bioaccumulating and biomagnifying in the food chain, and travels to the most remote locations, from affecting the marine mammals and fish in the Arctic to appearing at the bottom of the Mariana Trench, the deepest point on Earth. Pollution is an international issue that knows no borders and that will only worsen with time unless we put our findings into action. I thank organisations and countries for their commitment and encourage all to combine efforts against this global threat to human health and the environment. The Minamata Convention will do its part.” 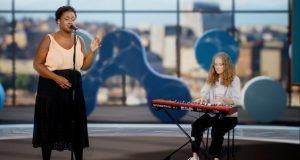 The Governing Board of the Specific International Programme of the Minamata Convention on Mercury has ...