May 21, 2021 Comments Off on G7 ministers pledge to stop financing coal based power 768 Views

Following two days of virtual consultations chaired by the United Kingdom, environment and climate ministers from Germany, France, Italy, Japan, Canada, the United States, the United Kingdom and the EU have agreed on ambitious joint goals and measures, chief amongst which is a pledge to cease investments in coal.

This is the first time that combating climate change has been considered in such close combination with action to curb biodiversity loss and thus with efforts to prevent future pandemics.

These decisions make the G7 countries pioneers for ambitious results at the climate negotiations in Glasgow in November 2021 (UNFCCC COP26), and at the UN biodiversity conference (CBD COP15) in Kunming, China in October 2021.

Germany Environment Minister, Svenja Schulze, remarked: “In many ways, climate change, biodiversity loss and ultimately pandemics as well have the same root causes: We run our economies as if we have a second planet to fall back on. The good news is that some of the same solutions will work for all these interdependent crises. That is why it is a great step forward if all the major industrialised countries are now united in pursuing this holistic approach. In this decade, the world needs to reverse the trend and preserve our foundations of life.

“The G7 environment ministers have agreed on many concrete positions which are encouraging for both COP26 in Glasgow in November, and COP 15 in China in October. The G7 countries can now attend those summits as pioneers. Specifically, our agreements include placing 30 percent of land and ocean under protection by 2030 – both globally and in our respective countries. Moreover, for the first time all G7 countries have pledged to cease investments in unabated coal in other countries. That is important progress, for without such a pledge we, as industrialised countries, could not in good faith expect others to join us along this path.”

In their outcome communiqué, the G7 ministers commit to the goal of climate neutrality by 2050 at the latest. To achieve this, all G7 members have either already raised their climate targets for this decade, like Germany and the EU, or have announced that they will do so before COP26 in Glasgow.

The G7 environment and climate ministers have taken specific decisions on transport, energy and industry. In the 2030s, power supply is to be overwhelmingly decarbonised, in other words must become largely independent of coal, oil and gas. In the 2020s, the phase-out of oil in transport must also pick up pace.

Another new development is the agreement to end state funding of unabated coal-fired power plants, by the end of this year. The G7 countries are agreed that further investment in coal-based power must stop now, as it cannot be reconciled with the goal of keeping the 1.5-degree limit within reach.

A further important step for international cooperation is the joint understanding that robust environmental and sustainability standards are vital for a functioning carbon market. This will enable voluntary commitments by the private sector to be steered towards additional reduction measures and help raise global ambition. Moreover, the G7 pledges to support developing countries in climate action and nature conservation, and is working hard to secure increased funding for this in the coming years.

A key issue for the G7 is the close relationship between nature conservation and climate action. In the run-up to CBD COP 15 in Kunming, the G7 countries will advocate an ambitious global biodiversity framework. They support the goal of placing at least 30 percent of our land and 30 percent of our ocean under protection, at both national and global level. Specifically, the G7 supports establishing marine protected areas in East Antarctica, a goal that Germany has long pursued. Further important points for Germany are the agreements in the G7 on intensifying the fight against the trade in wild animals and on promoting sustainable, deforestation-free supply chains.

Schulze noted: “Overall, I am more than satisfied with the outcome of the meeting. After not meeting at all last year as G7 environment and climate ministers, I am struck by how quickly we were able to bring our positions closer and so reach agreements I would not have thought possible just a short time ago. This is the kind of harmony we need within the G7 to reach international agreements on more climate action and biodiversity conservation. Under its presidency, Germany will continue the ambitious G7 agenda in the coming year.” 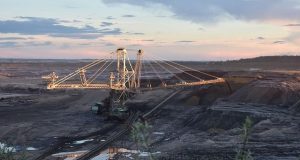