Stakeholders at an Inclusive Forum for Accountable Society (IFAS) meeting want the Federal Government to declare a State of Emergency on herders and farmers clashes to avert food crisis.

The stakeholders met on Tuesday, November 23, 2021 in Lokoja, Kogi State, where they observed that the crisis had been allowed to linger for too long and affected almost every sector of the economy.

Speaking at the meeting, Ms Halima Sadiq, Executive Director, PIBCID, said the declaration of a state of emergency was necessary because livelihoods of community members were at stake.

“We have been talking about zero-hunger in line with the Sustainable Development Goals and we are also talking about boosting agriculture by promoting women and youth participation.

“We know that 75 per cent to 85 per cent of rural dwellers are farmers while the remaining 15 per cent engage in passive farming.

“When you destroy farmers’ crops and take their lands from them, it affects their livelihoods,’’ she said.

Mr Hamza Aliyu, Chairman of IFAS, in his opening remarks, urged Nigerians to stop denigrating ethnic nationalities over farmers-herders clashes as “not all herders are Fulani and not all Fulani are herders.’’

He said that disparaging an entire race over negative activities of a few was not a healthy approach to solving the problem.

“The security problem is not between Fulani and farmers but between herders and farmers,’’ he stressed.

“We are proposing a State of Emergency to government to bring in the needed resources to solve this problem at once.

“Not just the finances, but the needed human resources; the critical thinking facility of the government to bear on this problem so that we can solve it once and for all.

“State of Emergency is not to shut down the democratic system or the civic space.

“It simply means we should be able to deploy resources to help the communities to install structures that will address the issues squarely,’’ he said.

In his contribution, Mr Onoja James, Chairman, Igalamela-Odolu Local Government Council of Kogi, said traditional rulers and community leaders in whose domains herders and farmers clashed should be held accountable.

He submitted that some traditional rulers indulged in collecting money from herders to allocate lands to them.

James added that the herders subsequently lay claim to such land and assumed absolute control of the area, hindering farming and other productive activities. 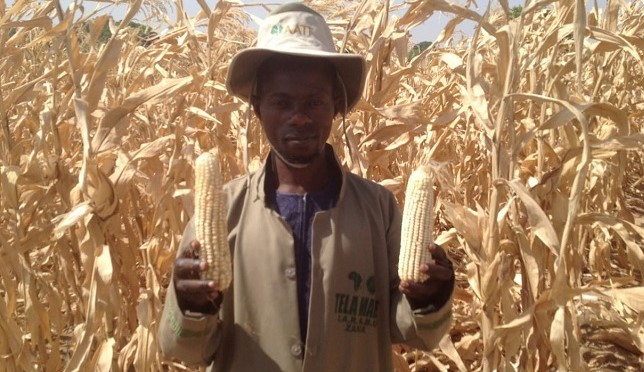 The newly released TELA Maize variety in Nigeria will expand farmers options to either grow ...