The sports sector and UN Climate Change on Tuesday, December 11, 2018 launched the Sports for Climate Action Framework to gather sports organisations, teams, athletes, and fans in a concerted effort to raise awareness and action to meet the goals of the Paris Agreement. 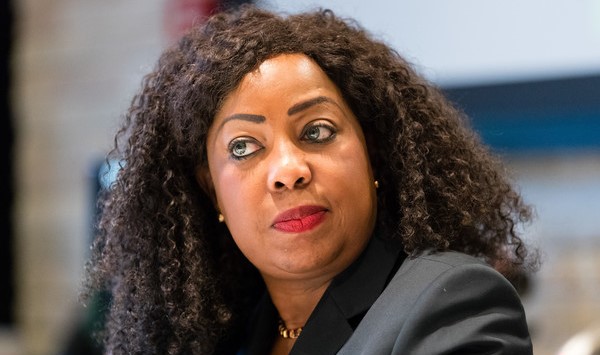 Representatives of the diverse global sports industry, working with UN Climate Change over the past year, created the Framework to drive emission reductions of sports operations and tap the popularity and passion of sport to engage millions of fans in the effort.

“The IOC is proud to have taken on a leadership role in the Sports for Climate Action Initiative,” said HSH Prince Albert II, Chair of the IOC Sustainability and Legacy Commission, speaking at the event. “With its global reach, universal appeal and the power to inspire and influence millions of people around the globe, sport is uniquely placed to drive global climate action and encourage crowds to join in. As countries here in Katowice prepare to turn their climate commitments into reality, we stand ready to leverage the power of sport to support their efforts.”

The Framework has two overarching objectives: achieving a clear trajectory for the global sports community to combat climate change and using sports as a unifying tool to drive climate awareness and action among global citizens.

Sports organisations recognise in the Framework that they need to take an active part in achieving the goal of the Paris Agreement, climate neutrality by mid-century, and they see their climate efforts also contributing to the broader Sustainable Development Goals.

“You recognise that because you’ve built significant global trust and moral leadership, and because sports touches on every cross-section of society, you can drive positive change throughout the world,” said UN Climate Change Executive Secretary Patricia Espinosa. “I’m here to encourage you to use your significant global leadership position to help us address the greatest challenge of our time: climate change.”

Sports produces climate-changing emissions in many ways, through associated travel, energy use, construction of venues, catering, and other ways. Work has in fact already begun. The International Olympic Committee and UN Climate Change have cooperated in the production of a climate action guide – “Sustainability Essentials: Sports for Climate Action” – for use by sports federations and others, which was released at the event.

Together, these publications provide essential guidance for how to make sports more sustainable and climate smart and are an essential initial input to the new initiative.

The sports sector accepts its responsibility to reduce greenhouse gas emissions in line with the goal of the Paris Agreement – limiting global average temperature rise to 2 degrees Celsius and to strive for the safer 1.5-degree target. Sports for Climate Action now invites sports organizations, governing bodies, federations, leagues, and clubs to join this initiative by uniting behind a set of principles to get on track for the net-zero emissions economy of 2050.

“Our commitment to protecting our climate remains unwavering. We recognize the critical need for everyone to help implement the Paris Agreement and accelerate the change needed to reach greenhouse gas emission neutrality in the second half of the 21st century,” said FIFA Secretary General, Fatma Samoura. “FIFA welcomes the UN’s development of the Sports for Climate Action Framework, and I am pleased to confirm that FIFA will support the vision outlined in the new framework.”

Sport also recognises its unique, indeed unparalleled, ability to inform and mobilise millions of people around a love of sport and admiration for their sport heroes.

“Climate change is the biggest challenge facing the planet. UEFA firmly believes that football, with its strong and ever-growing environmental conscience, in particular in areas such as sustainable event management, has a duty to play a role in addressing this issue. This is why we are happy to have the opportunity to sign the United Nations Sports for Climate Action Framework,” said UEFA President Aleksander Čeferin.

The sport sector believes it can do more by working together, according to the principles and objectives laid down in the Sports for Climate Action Framework.

In early 2019, the adopters of the Framework will be invited to form working groups to plan, pursue and enhance work under each of 16 principles laid out in the Framework.