Minister of Water Resources, Mr Suleiman Adamu, on Tuesday, December 11, 2018 called on governments at all levels to ensure access to adequate water supply and sanitation. 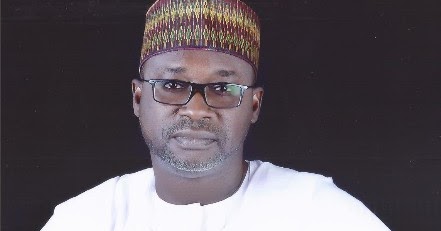 Adamu made the call at the inauguration of the Kamomi Aketi Accelerated Water Scheme at Ogbese in Akure North Local Government in Ondo State.

He explained that the consequences of lack of access to water and sanitation included economic losses, high prevalence of water related diseases, reduced school enrolment and attendance, loss of dignity, increased risks of insecurity and violence against women and children.

Adamu said such consequences should be avoided.

“Water is life and has no substitute. However, our country today still has significant challenges of access to adequate Water supply, Sanitation and Hygiene (Wash).

“Recent statistics from the WASH-NORM (National Outcome Routine Mapping) survey indicate that about 67.9 percent of our population has access to improved water supply from all sources while 41.5 percent have access to basic sanitation facilities.

“Furthermore, about 25 percent of our population practice open defecation and this makes our country number two rank amongst all nations still practicing open defecation in the world,” he said.

The minister further assured that resources would be mobilised from the Federal Government, beginning with 2019 budget and from the development partners, in support of the programme.

“We will also promote the programme delivery modality to other states to give the necessary prominence that Ondo State deserves on Rural Water Supply.

“I will like to encourage the State Government to please include provision of sanitation facilities in the public places in the programme so as to make Ondo State Open Defecation Free (ODF) by 2025 which is the target year for ODF in our country,” he said.

Earlier, Gov. Oluwarotimi Akeredolu of Ondo State said a government must be responsible and responsive to the needs of the people.

“We have been able to do that. We met water supply at four percent. It is not something any government can stand but with all these boreholes rehabilitated, it has really improved,” he said.

“Our minister has challenged us to take along the issue of public toilets so that open defecation will end, and all these water-borne diseases will be a thing of the past,” he said.

The governor also urged the people of Ogbese to utilise the water scheme properly and warned them not to pay anyone money as toll for water.

Adeyanju further explained that the scheme was to improve, sustain and expand safe water supply to over 3,000 communities in the state.

“It is designed to have 5km reticulation and distribution network with a storage tank of 50m capacity that would discharge at full capacity twice a day with 100 public standpipes, 200 fetching points while one fetching point will serve 50 people.

“The Scheme is powered with solar energy and two deep boreholes and the Sanitation component is to achieve 100% open defecation free, three months after provision of safe water access in aggressive approach in the benefited community”, she said.

She, however, explained that intervention in Ogbese was necessary because Ogbese had nine handpump boreholes and two solar powered boreholes which were not functioning, hence making it very difficult for the community to have access to improved water source.