Independent public research and advocacy think tank based in New Delhi, India, the Centre for Science and Environment (CSE), believes that the 24th Session of the Conference of the Parties (COP24) to the United Nations Framework Convention on Climate Change (UNFCCC) that is ongoing in Katowice, Poland, is heading towards a weak outcome. 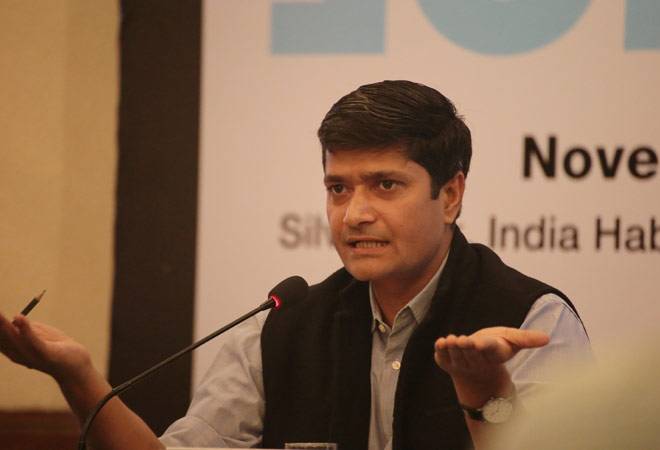 CSE analysts attending the global negotiations say there are major disagreements between Parties on a wide range of major and minor issues, and that there is little time left to bridge those disagreements.

“Considering that the Paris Agreement itself is a weak regime, having a weaker rulebook will make it inconsequential. This is something that the world cannot afford. It would be a better choice to have no rulebook here at Katowice than have a weak, ineffectual rulebook,” said Chandra Bhushan, the CSE deputy director general, who is heading the group’s delegation at the COP.

CSE, COP-watcher and analyst organisation, is recommending that countries should work for another year to develop a consensus on a robust and meaningful rulebook and then finalise it by 2019.

The disagreements at Katowice run across the entire rulebook. Major points of contest relate to the issue of differentiation between developed and developing countries:

There are a few elements under the Paris Agreement where equity between the countries must get operationalised. These include communication on NDCs, ex-ante provision and review of financial commitments, and global stocktake on collective progress to meet the goals of the Paris Agreement. The process of operationalising equity has become a serious bone of contention between developed and developing countries. Developed countries are opposing an ex-ante review of their financial commitments and operationalisation of equity in GST. In fact, there is not even a consensus on what “finance” should mean.

How would flexibility (less stringent reporting requirements) be reflected in the transparency framework is another issue of concern. While the US and EU have pushed for selective flexibility meant only for least developed countries and island states, India and China are demanding flexibility for all developing countries.

The current set of Nationally Determined Contributions (NDCs) are heterogenous. There is a need for clarity and guidance on standards to make the NDCs standardised for easier assessment and comparability. However, there has been no agreement on common time frames, baselines, scope or technical duration of NDCs.

Adaptation and loss and damage

Developed countries have opposed provision of finance in implementation of adaptation communications, while developing countries have sought parity of mitigation and adaptation finance. Developing countries are fighting hard for inclusion of loss and damage as sources of input under the Global Stocktake process, as also its inclusion under the transparency framework for reporting of action and support; developed countries are opposing it.

The discussions on other issues including new market mechanisms are likely to be pushed down to next year owing to greater technicalities and complexities in different countries’ stances.

The IPCC Special Report on 1.5oC makes it clear that the 2oC threshold referred to in the Paris Agreement is more dangerous than previously thought, and that unprecedented economic transformations are needed in the next decade to keep warming under the 1.5oC benchmark. This requires rapid phase-out of fossil fuels and drastic curtailment of wasteful consumption.

According to the recently released UN Emission Gap Report, the level of ambition needs to be multiplied five-fold to stay under 1.5oC. Even then, at Katowice, countries like US and Saudi Arabia are fighting over whether to welcome the IPCC Report or just take note of it under SBSTA. Further, there is not even a discussion happening on how to raise ambition, say CSE analysts.

“There is no discussion on how countries will revise and update their NDCs by 2020, which is critical to keep temperature increase within liveable limits,” says Vijeta Rattani, programme manager-climate change, CSE.

“The bottomline is that countries are sparring even on procedures. For example, they failed to reach a consensus on the adoption of the IPCC Special Report on 1.5oC, which was commissioned under the Paris Agreement. All this shows that countries are not ready and willing for a meaningful negotiation. In such a situation, forcing a weak rulebook in the name of consensus would be very harmful for the world,” added Bhushan.