The Nigeria Electricity Regulatory Commission has renewed the power generation licence for Afam VI Power Plant, a 650MW-capacity facility that has delivered over 25.97 million Megawatt-hour (MWh) of electricity into the Nigerian grid since inception in 2008. 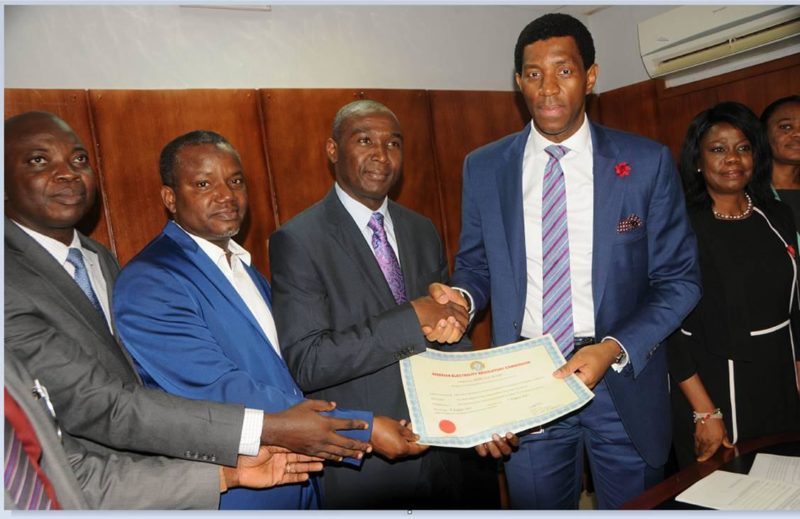 Presenting the renewed licence to the leadership of SPDC at the Commission’s office in Abuja on Tuesday, the Commissioner, Legal, Licensing and Compliance, Mr. Dafe Akpeneye, described SPDC JV as a committed partner in the Nigerian power sector adding that the company’s belief in the sector and its resolve to help it develop were remarkable.

“We hope for greater efficiency and improved operations from Afam VI in the next 10-year phase of your operations just as we look forward to working together to resolve some of the challenging issues in the power sector,” he said.

Receiving the licence, the General Manager, Gas of SPDC, Dr. Philip Mshelbila, described the Afam VI as a model worthy of emulation by government and other players in the power sector. “Here’s a power plant with a dedicated gas plant operating with high uptime generating clean and efficient power from the combined cycle of three gas and one steam turbines.”

He lamented the challenges of debt, power evacuation and off-take which he said prevented the plant from delivering optimally at 15 percent of the total national grid-connected electricity.

Built with the most efficient technology in the industry and utilising waste heat energy from the gas turbine exhaust, the plant generates an additional 200MW from the steam turbine without consuming any additional gas, thereby considerably reducing its carbon footprint.

ALSO READ:  The Eagle Online is back

The operations at Afam VI have generated subcontract opportunities and employment for over 150 people from the 16 host communities. It also provided hands-on and offshore training for 30 youths in Electrical, Mechanical and Instrumentation engineering on Combined Cycle Power Plant operations and maintenance. All the trainees are already employed in the Nigerian power industry.

The power plant also won SPDC the Best Company in Climate Action Award in the 2016 edition of Sustainability, Enterprise, Responsibility Awards for Corporate Social Responsibility (SERAs–CSR), an annual event to celebrate organisations that invest resources to improve the socioeconomic living conditions of people in Nigeria and Africa.