Shell Petroleum Development Company of Nigeria Limited (SPDC) says it has deployed state-of-the-art high definition cameras for quick detection of and response to crude oil spills from its facilities. The cameras will also help in tracking vandalism of SPDC joint venture assets, adds the firm.

SPDC’s General Manager, Igo Weli, disclosed this on Monday, September 16, 2019 at a media workshop for journalists in Warri, Delta State.

“The cameras are attached to specialised helicopters which carry out daily overflight over our facilities. This measure has improved the surveillance of our Joint Venture assets,” he said.

In addition, Weli said SPDC had implemented anti-theft protection mechanisms on key infrastructure, such as wellheads and manifolds to stem constant attacks from vandals and thereby prevent and minimise sabotage-related spills. According to him, the daily loss of over 11,000 barrels of oil per day in 2018 and the threat to the integrity of the joint venture assets necessitated the multi-pronged approach to protecting what he called ‘critical national assets.

He said, “We collaborate with community leaders, traditional rulers, civil societies and state governments in the Niger Delta to implement several initiatives and partnerships to raise awareness on the negative impact of crude oil theft and illegal oil refining. Such public enlightenment programmes on the negative impacts to people and the environment help to build greater trust in spill response and clean-up processes.”

Weli noted that SPDC would sustain its air and ground surveillance to complement the efforts of government security forces in checking crude theft, pipeline vandalism and illegal refining.

In its June 2019 monthly report, Nigeria National Petroleum Corporation which controls Nigeria’s 55% interest in the SPDC JV, had also reported a 77% rise in oil pipeline vandalism and that 106 pipeline breaches were recorded in June, up from 60 in May.

Also speaking at the workshop, SPDC’s General Manager, Safety and Environment, Chidube Nnene-Anochie, noted that most spill incidents on SPDC pipelines were as a result of sabotage.

“We are burdened by the continuous increase in cases of sabotage and theft. Oil spills due to theft and sabotage of facilities as well as illegal refining, cause the most environmental damage from oil and gas operations in the Niger Delta,” he disclosed.

According to Nnene-Anochie, SPDC removed over 1,160 illegal theft points from its pipelines between 2012 and end of 2018, adding that the attendant spills from the theft points were sometimes made worse by challenges of access to the incident sites to investigate and stop leaks.

“We track the progress of our spill response from when we learn about the leak to when clean-up is completed and certified by regulators,” he added.

“A key priority for Shell companies in Nigeria remains to achieve the goal of no spills from our operations. No spill is acceptable, and we work hard to prevent them. However, SPDC cleans and remediates areas impacted by spills from its facilities irrespective of the cause,” Nnene-Anochie said.

“Between 2003 when Shell LiveWIRE was launched in Nigeria and now, the programme has trained 7,072 Niger Delta youths in enterprise development and provided business start-up grants to 3,817,” Nnene-Anochie added.

Like Loading...
2019-09-16
admin
Previous: Activists flay xenophobic attacks in South Africa
Next: How Nigeria is tackling climate change, by govt 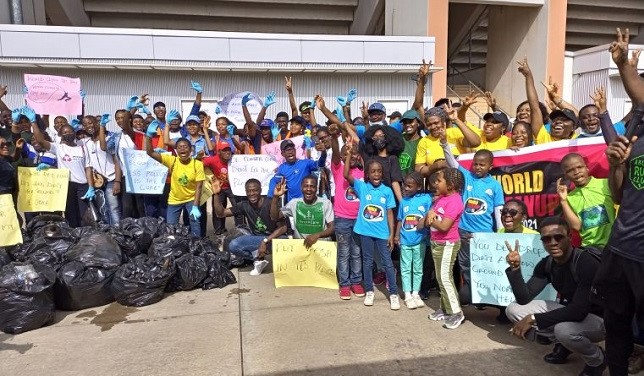