The proposed UN Sustainable Development Goals (SDGs) – a universal set of goals to guide international development to 2030 – will struggle to achieve their stated policy objectives without clearer, more measurable targets, according to a new report by the International Council for Science (ICSU) and the International Social Science Council (ISSC). 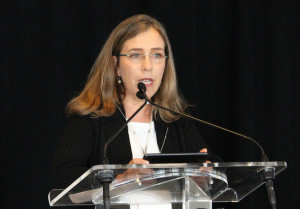 The authors find that, overall, the SDGs offer a “major improvement” over their predecessors, the Millennium Development Goals (MDGs), with a greater understanding of the interplay between social, economic and environmental dimensions. And while the MDGs only dealt with developing countries, the new set of goals will apply to all countries in the world.

The report finds that of the 169 targets beneath the 17 draft goals, just 29% are well defined and based on the latest scientific evidence, while 54% need more work and 17% are weak or non-essential.

The assessment of the targets – which are intended to operationalise the 17 goals set to be approved by governments later this year – is the first of its kind to be carried out by the scientific community, and represents the work of over 40 leading researchers covering a range of fields across the natural and social sciences.

However, the report finds the targets suffer from a lack of integration, some repetition and rely too much on vague, qualitative language rather than hard, measurable, time-bound, quantitative targets.

For example, on inequality, the proposed targets are “relevant but inadequately developed. Most are framed as activities rather than endpoints.”

Authors are concerned the goals are presented in ‘silos.’ The goals address challenges such as climate, food security and health in isolation from one another. Without interlinking there is a danger of conflict between different goals, most notably trade-offs between overcoming poverty and moving towards sustainability. Action to meet one target could have unintended consequences on others if they are pursued separately.

Ending hunger is an important goal, but the researchers warn the targets here are not comprehensive, with only two directly addressing hunger and malnutrition, “and even for those the formulation is confusing and potentially contradictory.” They also mention that ending hunger means more than just sustainable agriculture. Inequality is a major factor that is “not explicitly included.”

Further, policy makers need to understand that malnutrition is not simply undernutrition, but also obesity and the presence of micronutrient deficiencies. In addition, care must be taken to simultaneously defeat hunger, increase agricultural productivity and avoid adverse impacts on the natural resource base. As another example of the interlinking of goals, the researchers note that defeating hunger cannot be addressed without ensuring universal access to safe drinking water and sanitation.

The health-focussed SDG suffers from a lack of distinction between the widely varying starting points of different countries and makes no mention of inequalities within countries. The target which focuses on HIV/AIDS, tuberculosis, malaria, hepatitis and water-borne diseases “sounds like a catch-all for infectious disease”, but neglects emerging infections such as Ebola and new strains of the flu.

“Targets have to be robust, measurable and should effectively guide implementation,” said Anne-Sophie Stevance, lead coordinator of the report. “The report clearly shows how targets could be consolidated and points to interlinkages that will be critical for managing synergies and avoiding trade-offs.” For example, an increase in agricultural land-use to help end hunger can lead to biodiversity loss, as well as overuse and/or pollution of water resources and downstream (likely negative) effects on marine resources which in turn could exacerbate food security concerns.

The scientists’ report highlights the need for an ‘end-goal’ to provide such a big picture vision. “The ‘ultimate end’ of the SDGs in combination is not clear, nor is how the proposed goals and targets would contribute to achieve that ultimate end,” write the authors. They recommend that this meta-goal be “a prosperous, high quality of life that is equitably shared and sustained.”

“This is an opportunity for science to be a partner in the post-2015 development process and support evidence-based decision making. For science, that means connecting the dots across disciplines that usually work independently from each other,” said Stevance.

Earlier this month at a UN meeting, governments negotiated an overall declaration meant to serve as the big picture vision of the SDGs framework. 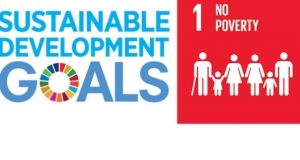 Why we need to fight poverty now, more than ever – Komolafe

The Cross River State Government has expressed its readiness in achieving the Sustainable Development Goals ...