May 13, 2017 Comments Off on Scientists warn Earth could break through major climate threshold by 2032 1,093 Views

Global temperatures could exceed 1.5 degrees Celsius above their preindustrial levels within the next 15 years, according to a new scientific study, crossing the first threshold under the Paris climate agreement and placing the world at a potentially dangerous level of climate change. 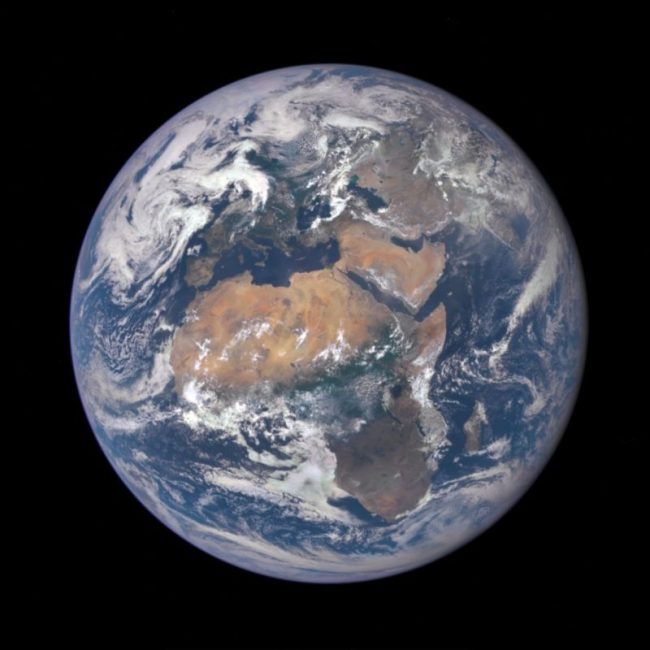 The report comes as climate agreement participants are watching the United States – where the Trump administration is debating whether to withdraw from the Paris accord – and as scientists with the Intergovernmental Panel on Climate Change are working on a special report about the 1.5-degree goal (equivalent to 2.7 degrees Fahrenheit) and the consequences of overshooting it.

That IPCC’s upcoming special report and the increasing urgency about minimising global warming were one impetus for the study, according to co-author Benjamin Henley, a research fellow at the University of Melbourne in Australia. “We are working on a number of scientific avenues to help inform that report,” he told The Washington Post.

The study focuses on a natural planetary system known as the Interdecadal Pacific Oscillation, or IPO (it’s also sometimes referred to as the Pacific Decadal Oscillation). It’s an alternating pattern of ocean temperatures that shifts periodically between warm and cool phases, helping to drive temperature and weather patterns all over the world.

During cool, or “negative,” phases, tropical regions of the Pacific Ocean tend to be colder, and the global mean temperature is lower. The system is similar to the El Niño/La Niña cycle, the major difference being that phases of the IPO tend to last much longer – sometimes a decade or more. The phenomenon is believed to be a natural form of climate variability unrelated to human-caused climate change, although it does have the potential to influence the progression of global warming.

For most of the 2000s, the IPO has been in a negative phase, and scientists think its cooling effect has helped to slightly offset the effect of climate change, an explanation for the so-called global warming pause in the first part of the 21st century. As multiple studies have pointed out, this temporary slowdown is consistent with the overall long-term warming trend and in no way suggests that human-induced climate change is not occurring. Rather, this natural variation in the global climate helped to slightly blunt those effects.

Many scientists believe that the planet is now transitioning back into a positive, or warm, phase, which could amplify, rather than offset, human-caused climate warming. This means we could reach milestone temperature thresholds faster than we would if the IPO had remained in its negative phase.

That’s the conclusion of the new study, written by Henley and Andrew King of the University of Melbourne. Using model projections of future climate warming under a business-as-usual scenario, they suggest that the Earth could hit the 1.5-degree temperature threshold as early as 2025, while the continuation of the negative phase probably would delay this event until after 2030.

The scientists explored all but the last scenario in their paper and found that the projected year for crossing the 1.5-degree threshold varied slightly among them. Generally, however, the models suggested it would occur between 2025 and 2029 (most likely around 2026) if the IPO shifts to a positive phase, and around 2031 if it stays in a negative phase. (They were not able to investigate the final scenario, they noted, because it probably will occur much further in the future and the number of IPO phases humans have observed since detailed record-keeping began is not sufficient to inform the model simulations required.)

“The paper emphasises the way that natural climate variations, like the IPO, can interact with the progression of human-caused global warming,”Gerald Meehl, a senior scientist with the National Center for Atmospheric Research, told The Washington Post. “Therefore, the timing of when we cross certain thresholds depends on the interplay between these two factors.” Meehl was not involved with the new study but has previously published research on the IPO.

And the 2025 date for hitting the 1.5-degree temperature threshold is looking more and more likely. Multiple studies in the past few years suggest that the transition to a positive IPO phase has begun. Henley said there’s some uncertainty about whether that has happened, but other scientists are more confident. Scientists John Fasullo and Kevin Trenberth, also of the National Center for Atmospheric Research, have published research to this effect, and both told The Post that we have been in a positive phase for several years now.

Trenberth said that the 1.5 degrees – as a single, concrete number – is “pretty irrelevant.” He noted that “it is all of the other things going on when that stage is reached that really matter: the heat waves, wildfires, droughts, extreme rainfalls, etc.”

It’s also unclear, for now, how significant the difference between a positive and negative IPO really is in terms of what the planet would look like under either scenario. The timing difference for hitting the 1.5-degree target is only about five years. At the point when a positive IPO would cause us to cross the threshold, the researchers note that the global temperature under a negative IPO would probably be about 0.2 degrees Celsius cooler. Whether there would be a significant difference in the actual climate effects produced under these different mean temperatures is uncertain.

It’s also possible that the business-as-usual scenario used in the study won’t come to pass and that the Paris agreement will indeed drive down global emissions enough to push off 1.5 degrees for a longer period of time. (Overall, the accord lists a goal of staying “well below” 2 degrees Celsius, or 3.6 degrees Fahrenheit.)

But the paper clearly indicates that the 1.5-degree target is fast approaching. In fact, according to Meehl, the paper underscores a point that many climate scientists have been warning about: that we’re increasingly likely to blow past our climate goals, and soon. And with a potential U.S. withdrawal from the Paris accord looming, this scenario is now more likely than ever.

“Given our rapid approach, one way or another, to the 1.5-degree threshold, the most plausible way to reach it at this point looks like we would have to overshoot and attempt to come back down to it afterward with policies that would significantly reduce emissions going forward,” Meehl suggested. Some scientists have proposed technology that would actually remove carbon dioxide from the atmosphere, thus cooling the climate in the future, but that’s a long way from being a practical solution to climate change.

“I guess the important thing is that policymakers should be aware of just how quickly we are approaching 1.5 degrees, and just realising the urgency of reducing emissions,” Henley said. “It’s critical to keep pursuing the 1.5-degree goal.”