Some scientists have urged the Federal Government to legislate regulation of plastic pollution toward achieving environmental sustainability. 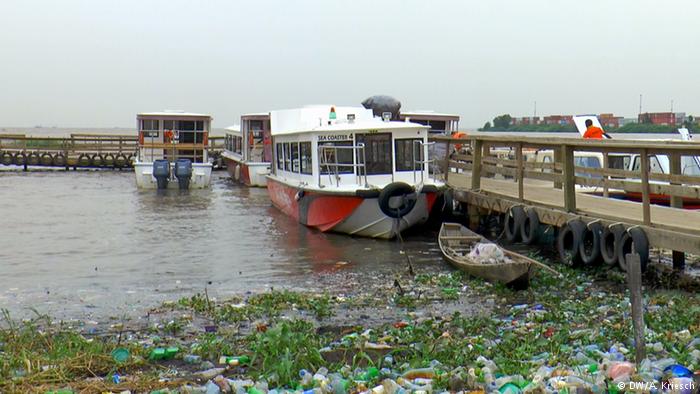 Plastic wastes on waterways pose a treat to small boats

The scientists, who gave the advice on Monday, April 23, 2018 in Abuja in separate interviews with the News Agency of Nigeria (NAN), said such effort would ensure clean environment and improve the health standard in the country.

They were speaking against that backdrop of the 2018 Earth Day marked on April 22, which had as its theme: End Plastic Pollution’’.

Dr Adeneye Talabi, the Director of Technology Acquisition and Adaptation, Federal Ministry of Science and Technology (FMST), said legislation ought to be put in place to prevent polluting the environment.

“Exposing our legislators to training on science and technology will influence their decisions on the issues of environment and health,’’ he stated.

The director called for the conversion of plastic to biodegradable materials to make the environment sustainable.

“For more than 10 years, there has been attempt in the developed world to develop biodegradable plastic pots for raising flowers and forestry activities for forest plant.

The don observed that global effort to eliminate primarily single use of plastics along with global regulation for the disposal of plastics ought to be emulated by Nigerian policymakers and legislators.

He called on African countries to actively participate in celebrating Earth Day in the future to fast-track actualising objectives of the event.

Mrs Adenike Aluko, an Osun-based Public Health Officer, said plastic material could cause sealing of the inner part of soil to disallow plants to get water which could lead to plants being starved.

Earth Day Network (EDN) organises Earth Day awareness worldwide through educating millions of people about the health and other risks associated with the use and disposal of plastics, including pollution of oceans, water, and wildlife.

Like Loading...
2018-04-23
admin
Previous: Lawmakers laud discovery of plastic-decomposing enzymes
Next: Earth Day: A case for control of use of plastic bags