In an article published by Nature World News on Wednesday, researchers announced the discovery of a new “Earth-like” planet orbiting a star not far from our sun. The planet has not been named yet, but was found circling the star Proxima Centauri – a “cool, tiny red dwarf” scientists have long suspected might be capable of having a planet in its orbit. The unnamed planet, known as Proxima b, is reported to orbit within Proxima Centauri’s “habitable zone” and is a only a short distance of 4.25 light-years away from Earth. Scientists estimate the planet receives enough radiation to retain a surface temperature of around -40° Fahrenheit. Based on what is known about other red dwarf star planets, Proxima b is likely rocky and has one side constantly left in darkness. Scientists are unsure whether it is in fact capable of supporting alien life, but it is believed it could have a surface “capable of holding liquid water” and sustaining life forms. 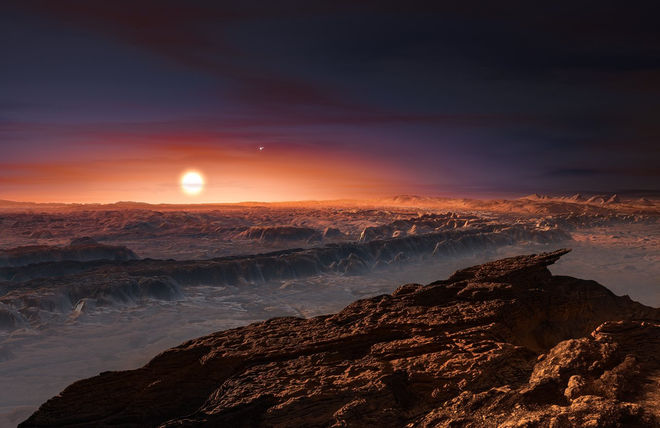 Scientists have discovered what they believe to be a new planet, the closest one ever detected outside our solar system. It is a small, rocky planet not unlike our own, orbiting the sun’s closest stellar neighbor.

Astronomers have long suspected that the star Proxima Centauri could be home to a planet, but proof had been elusive. Dim red dwarf stars like Proximahave been found to host billions of small, closely orbiting planets throughout the galaxy. Now a study published on Wednesday in the journal Nature provides the best evidence yet for a tantalisingly close target on which to seek alien life.

“It’s so inspiring, it’s our closest star,” Lisa Kaltenegger, a Cornell astronomer who wasn’t involved in the new study, told The Washington Post. “A planet next door. How much more inspiring can it get?”

Located about 4.25 light-years from the sun, Proxima is less famous than the Alpha Centauri binary star system it hangs around with. But while Alpha Centauri is made up of two rather sun-like stars, Proxima is actually closer. It used to be that scientists were far more interested in stars like our own sun than in dim little dwarves like Proxima, but the times are changing – these types of stars are far more common in the galaxy, and scientists now believe they might be just as capable of hosting life as more familiar looking suns.

The proposed planet comes to light not long after a would-be-world orbiting Alpha Centauri B was determined to be nothing but a fluke in the data. Scientists know that most stars in the galaxy harbor planets, but we’ve had difficulty finding our closest companions in the cosmos.

Proxima b will no doubt be dubbed “Earthlike” by many, but let’s not jump the gun. Here’s what we know: The planet, based on statistical analysis of the behavior of its star, is quite likely to exist. Beyond that, we know very little.

Proxima b orbits its parent star every 11 days. Because of the method used to detect it, we don’t actually know how massive the planet candidate is – but we can say with confidence that it’s at least 1.3 times as massive as the Earth. It’s just over four million miles away from its cool, tiny red dwarf of a star (much closer than we are to our own sun), so it is blasted with enough radiation to maintain a balmy surface temperature of around minus 40 degrees Fahrenheit.

Based on what we know about the planets that form around red dwarf stars, it’s probably rocky – like Earth, Venus and Mars – and is likely tidally locked, meaning that one face of the planet constantly stares at the sun while the other half is left in darkness.

To call a planet “Earthlike,” scientists have to show that a planet is likely to be rocky and capable of holding liquid water. If Proxima b has an atmosphere – a question unlikely to be answered anytime soon – then it could have a temperature quite close to Earth’s, meaning it would at least be capable of maintaining liquid water on its surface.

Even if Proxima b has (or once had) an atmosphere and held water, the evolution of life is far from guaranteed. For one thing, we’re working with a sample size of one (the Earth) and have no idea how common the spark of life really is – even on planets that have all the same ingredients as the ones found at home.

Then there’s Proxima itself: Known as a flare star, the red devil lashes huge flares of radiation out into space every few hours. Anything that evolved on a nearby planet would have to live deep underground or underwater to survive – unless it evolved some level of protection from radiation that scientists on Earth can scarcely imagine.

The discovery of this planet, be it Earthlike or not, has been a long time coming. Led by Guillem Anglada-Escudé from Queen Mary University of London, 31 scientists from eight different countries spent several months collecting data on Proxima. They were looking to build on previous indications of planetary presence, studying the “wiggle” in the star’s light that would be caused by the seesaw gravitational pull between it and an orbiting planet (this is known as the Doppler method). Such a wiggle had been seen before, but the signal wasn’t strong enough to prove a planet was there.

Anglada-Escudé and his colleagues applied for several months of observation time on the European Southern Observatory’s HARPS (High Accuracy Radial Velocity Planet Searcher) spectrograph, allowing them to collect 54 nights’ worth of data on this telltale stellar wiggle.

“There had previously been claims of other planets, so we had to be really careful here,” Anglada-Escudé said during an embargoed news briefing held by Nature on Tuesday. The data from those 54 nights made a pretty strong case for the presence of a planet, but “it wasn’t enough.” The researchers weren’t satisfied until they combined their data with the older signals, the ones that hadn’t made enough of a case on their own.

“And then the [statistical] significance goes sky high,” he said.

Others agree that while the planet has yet to be confirmed using direct observational methods, the researchers have likely found something special. ESO astronomer Henri Boffin, who previously worked as HARPS’s instrument scientist but wasn’t involved in the new research, told The Post that Proxima b’s signal looked to be about three times as strong as that of Alpha Centauri Bb, the “planet” that turned out to be nothing but noise.

“It is quite amazing that our closest stellar neighbor would harbor a low-mass planet,” Boffin said. “Even if this is not so surprising after all, as it now seems established that the vast majority of stars host at least one planet, it is still nice to have apparently found the closest to us.”

Now the researchers will look for other methods to help confirm the planet’s existence and learn about its composition. Direct observation – staring at the planet with a telescope – isn’t possible with current technology. The star is just too bright and close to the planet for any telescope to see the latter. There’s a small chance – something like 1.5 percent probability – that the planet “transits” in front of its star, or passes in front of the star from the perspective of Earth’s telescopes. If that’s the case, scientists will be able to study the planet’s mass and atmosphere by analyzing the way Proxima’s light passes around it.

“That’s the first thing we’re going to go look for,” John Brown Paul Strachan, a PhD student at Queen Mary University of London who contributed to the study, told The Post. “If it does transit, then that opens a whole field to us, where we might be able to start seeing details about the atmosphere of the planet.”

But Strachan and his colleagues aren’t giving up hope of a direct observation in the near future. They believe that instruments like the James Webb Space Telescope, launching in 2018, will allow them to glimpse Proxima b in no time.

If Proxima b proves to be a real planet – and one particularly worthy of study – a visit wouldn’t be totally outside the realm of possibility. But even though Proxima is our closest neighbor, it’s still awfully far: NASA’s New Horizons probe had to travel 3 billion miles to get to Pluto and took nearly a decade to do so. At around 25 trillion miles away, a trip to Proxima b would be more than 8,000 times as long. At least one well-funded group is trying to develop the technology needed to propel a tiny probe into the Centauri system, but don’t hold your breath.

Then again, the detection of an Earthlike atmosphere on Proxima b would provide some excellent motivation.

As Anglada-Escudé said in a statement, “The search for life on Proxima b comes next.” 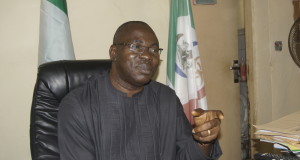 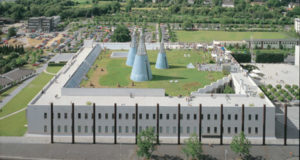 COP23 to bring worlds of climate, art, science together 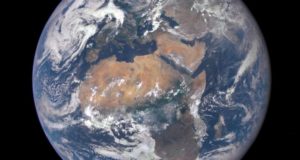 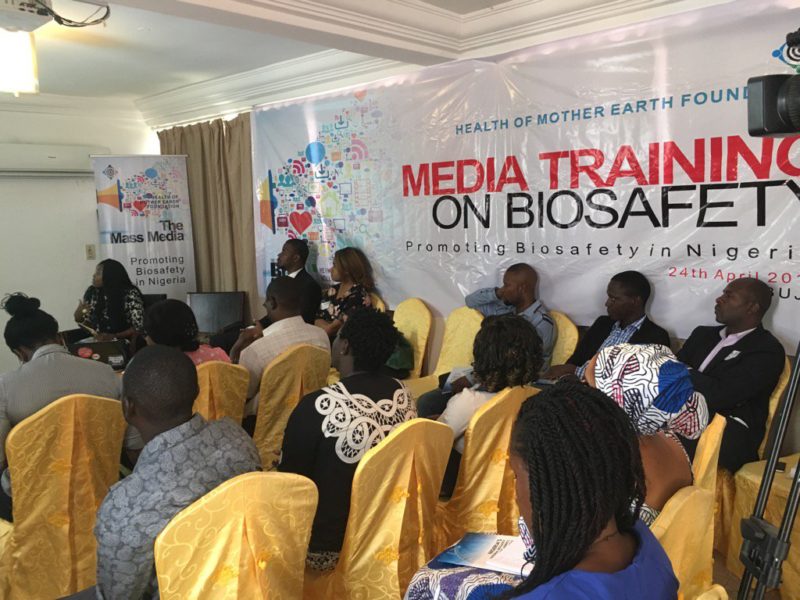 Should science not be to the advantage of society? Does science always serve the public ...