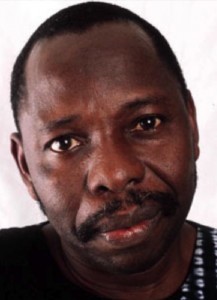 When Ken Saro-Wiwa wrote that silence was tantamount to treason he knew what he was saying. When he declared in the dock that We All Stand Before History, he was as prescient as any prophet could be.

Today, we see clearly that keeping silent in the face of ecological destruction is treason. Keeping silent while the environment and the people die is not just being callous but is plain treason. He knew the vision of the Ogonis and had no doubts about his mission. He endured personal insults, attacks and pains. He took all that because he desired to see a democratic Nigerian nation where no group or individual is marginalised and where everyone lives in dignity in an environment that is safe and supportive of livelihoods. In the Pantheon of great African and global leaders and although he was not a president of a nation he sits well alongside great visionary African leaders.

Ken Saro-Wiwa was a man of many dreams. He was murdered, but as is universally accepted, even if you kill the messenger, you cannot kill the dream. Today, we are gathered here to interrogate the turmoil in Africa and seek to find out what the roots are and whether there is are common factors connecting them. We want to ask the questions: when, where and why did the rain begin to drench us. How could storm clouds gather and yet we say there would be no rain?

One of the regrets of Ken Saro-Wiwa was that he and the Ogoni leaders in the struggle in the early 1990s had not invested enough time in training up cadres and upcoming leaders. He stated this in a number of ways in the communications he was able to smuggle out of prison. He read this in the very last letter he wrote while in detention and which is included in Silence Would Be Treason – The Last Writings of Ken Saro-Wiwa, a book we are proud to present to you today in this historic Ogoni capital city, Bori. Permit me to quote him on this:

“One source of worry is what will happen to our struggle when Ledum and I are put away. We had not had enough time to train the cadres or put alternative leaderships in place. And putting members of the Steering Committee on the police wanted list has deprived us of a lot of hands. I have been able to direct things and even contribute to the publicity war from detention. I don’t know if I’ll be able to do so from prison. We have no funds, not even a bank account. Everything had hinged so much upon my resources that my absence will cause a lot of problems. We’ll have to get around that somehow.”

It is inspiring to see that the seeds sown by the martyrs of the Ogoni struggle continue to fire the imaginations of the marginalised peoples of the world and all those engaged in the epic battles for ecological sanity. Saro-Wiwa was an apostle of peaceful resistance and like others before him the arrows aimed at him by agents of multinational corporations and the governments that polish their bloody shoes did not cow him.  His vision of an Ogoni ethnic nation of proud and dignified peoples lives on. Today, everyone sees the Ogonis and marvel at the tenacity with which you all are committed to peaceful resistance in the face of ecological provocations and extreme pressures including those of land grabbing and outright violence.

It is heart warming that the Movement for the Survival of the Ogoni People (MOSOP) continues to hold up the banner announcing the possibilities of a restored Ogoni environment, attainment of political and economic emancipation of our peoples and securing our collective dignity as peoples. We see other organisations working towards the same ends in Ogoni and in other parts of the Niger Delta and the entire Nigerian nation and we dare to believe that the labour of our heroes past will never be in vain indeed.

On 4 August 2014, it will be three years since the United Nations Environment Programme (UNEP) issued its damning report on the state of the Ogoni environment. The report uncovered that the Ogoni environment has been so damaged that rather than support lives and livelihoods, it was killing the Ogoni people. The UNEP report confirmed the alarming fact that all the water bodies in Ogoni are polluted with hydrocarbons and a variety of deadly elements including carcinogens. The pollution is so deep that it would require 25 years of work to decontaminate the waters so that people can safely drink and use the resources found in them. The report also revealed that the land in Ogoni is polluted to a depth of five metres in several places and would require five years to clean up before the waters can be cleaned.

The ecological war remains on as the days go by and the UNEP report remains unimplemented in a real sense. Erecting signposts reminding us that our communities are polluted does not say where our people should relocate to or whether the contaminants are being cleared. Surely three years is enough for any serious work to have commenced on the detoxification of Ogoni environment.

The UNEP report was an alarm bell signifying that the petroleum sector’s footprint in the Niger Delta is deadly and cannot be ignored. The harm done cannot be wished away. It must be confronted and dealt with. The ecological war in still on! It can be stopped!

The same can be said of the polluting extractive activities in other parts of Nigeria and indeed Africa. The tin mines of Plateau State were abandoned without decommissioning. The environment remains toxic and over 1,100 sinkholes there continue to pose grave danger to man and beasts. The environment of the coalmines of Enugu and Kogi States begs for restoration. The same is the situation with the gold mines of Obuasi, Ghana, the coal mines of Witbank in South Africa and the diamond mines of Kono in Sierra Leone, to mention a few.

Many of the conflicts in Africa do not happen because we are bloodthirsty tribal peoples that are always at conflict with ourselves. No. Many are proxy wars fought on the behalf of agents of resource expropriation and transnational resource thieves. Outright wars and terror across the continent are fought so that arms merchants can ply their bloody trade while our peoples wave weapons produced by merchants of death who laugh all the way to the bank while we abduct young girls, kill children in their sleep, burn down villages and soak in the blood of our children, mothers and fathers. 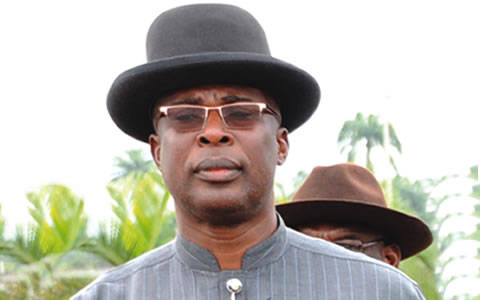