C40 research highlights actions that could yield an 87% reduction in GHG emissions, a 49% reduction in PM2.5 levels, 223,000 premature deaths averted and up to $583 billion in economic benefit 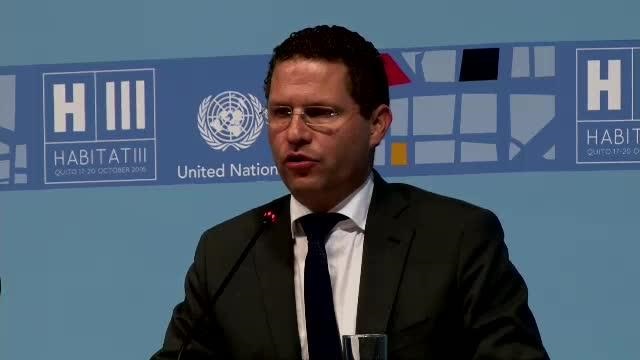 Mayor of Quito and Vice-Chair of C40, Mauricio Rodas.

C40 has released research findings that identify a set of priority actions that cities can take to tackle climate change and air pollution simultaneously, placing the transport, buildings and industry sectors at the top of the list.

The research shows that if C40’s 96-member cities take the ambitious actions outlined to achieve clean transport, buildings and industry, in combination with a decarbonised grid, the resulting benefits would include: an 87% reduction in Greenhouse Gas emissions, a 49% reduction in PM2.5 levels, 223,000 premature deaths averted and up to $583 billion in economic benefit.

The research is funded by a grant from Johnson & Johnson Services, Inc. and conducted by C40 in collaboration with BuroHappold and expert consultation from London School of Hygiene and Tropical Medicine (LSHTM) and Cambridge Environmental Research Consultants (CERC).

The research presents specific actions that will yield significant benefits in both emissions reductions and air quality improvements:

Urban air pollution is widely regarded as a global health emergency: a recent WHO report estimates that, globally, 630 million children under five years old are exposed to unsafe air. This was also a major focus of the first-ever WHO Global Conference on Air Pollution and Health.

“Climate action is an opportunity to achieve sustainable development in our cities,” said Mayor of Quito and Vice-Chair of C40, Mauricio Rodas. “By supporting and implementing actions for a cleaner public transport like strengthening opacity regulations, creating a zero emissions zone at the historic center and migrating to a municipal electric bus fleet, we will improve air quality, public health and make our cities more livable.”

“This research quantifies and provides the business case for what mayors have long known to be true: taking bold climate action also improves public health,” said C40 Executive Director Mark Watts. “There is no longer any trade-off for cities between delivering policies that benefit the environment, drive economic growth and improve the health of citizens.”

“We are proud to partner with the C40 Cities Climate Leadership Group on this research which will help connect the dots between climate action, improved air quality, and measurably better health benefits in vulnerable urban communities,” said Paulette Frank, Worldwide VP of Environmental Health, Safety & Sustainability for Johnson & Johnson.

“Curbing climate change and air pollution are two of the biggest challenges of our time,” said Duncan Price, BuroHappold Director. “The evidence from this study shows the importance of taking ambitious action now to create resilient and healthier cities.”

The research is part of C40’s global effort to help cities make the case for climate action by establishing evidence that a climate-safe city is a healthy, prosperous and livable city. Through this work, C40 is highlighting how effective climate action can also deliver health, equity, and economic benefits, in addition to reducing emissions and climate risk.

C40 and Johnson & Johnson are said to have an active collaboration centred on key research which explores and measures the health benefits of climate and air quality action, working with 26 cities to date.