Report lists benefits of secure land rights in the Amazon

October 7, 2016 Comments Off on Report lists benefits of secure land rights in the Amazon 1,076 Views 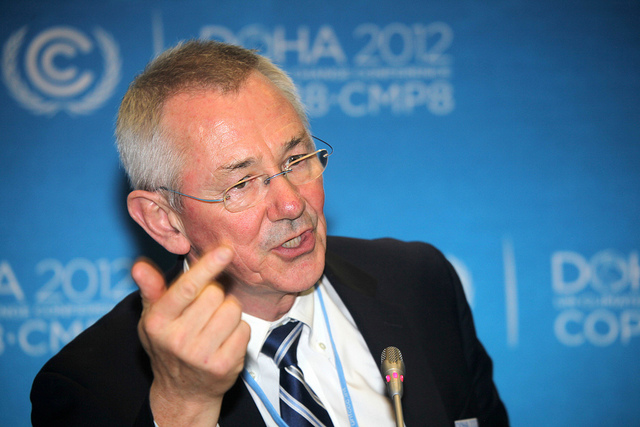 Andrew Steer, President and CEO, WRI. Securing land tenure in the Amazon, he says, is not only the right thing to do, it’s also one of the world’s most cost-effective climate mitigation strategies

A report released in Washington DC on Thursday by the World Resources Institute (WRI) offers new evidence that the modest investments needed to secure land rights for Indigenous Peoples in the Amazon will generate billions of dollars in returns – economically, socially and environmentally – for governments, investors and communities.

The report, titled “Climate Benefits, Tenure Costs: The Economic Case for Securing Indigenous Land Rights”, quantifies the economic value of securing land rights for the Indigenous communities who live in and protect forests, with a focus on Colombia, Brazil, and Bolivia, and implications for the rest of the world.

“We now know that there is a clear economic case to be made for ensuring that Indigenous Peoples have secure rights to their land. Not only is securing land tenure the right thing to do, it’s one of the world’s most cost-effective climate mitigation strategies,” said Andrew Steer, President and CEO, WRI. “National governments should take note – and move quickly – to secure Indigenous lands and incorporate land rights into their climate change strategies and commitments to the Paris Agreement.”

“In the pursuit of inclusive growth and climate action, we must recognise the profound value of securing land rights for those communities who best protect our forests,” said Lord Nicholas Stern, Chair, Grantham Research Institute, London School of Economics. “Rising to the challenge of the climate crisis requires that we find new and sustainable ways to develop and grow.”

Previous WRI research found that when Indigenous Peoples and communities have secure rights to land, both deforestation rates and carbon emissions in those lands often go down significantly. In the new report, matching analysis data show that the average annual deforestation rates in Bolivia, Brazil and Colombia were significantly lower in tenure-secure indigenous forests than in similar areas without secure tenure: 35% lower in Bolivia, 40% lower in Brazil, and 50% lower in Colombia.

Building on this analysis, the authors calculated the economic value of carbon and other ecosystem services benefits of secure indigenous lands in the Amazon and found billions of dollars in value. The report finds the total estimated benefits of secure indigenous lands in Bolivia are $54 to 119 billion, Brazil $523 billion to 1.165 trillion, and Colombia $123 to 277 billion over the next 20 years, when factoring in global carbon benefits and ecosystem services like clean water, soil retention, pollination, biodiversity, flooding control, and recreation and tourism fees.

The numbers are even more staggering because the costs to secure indigenous land rights in the Amazon are just a few dollars per hectare of forest per year – less than 1 percent of the total economic benefits. The report did not include additional social benefits such as job creation and increased social services, like healthcare and education for local communities.

“Indigenous Peoples and local communities have a long history in using natural resources wisely and adapting to the changing climate in an integrated and sustainable manner,” said Naoko Ishii, CEO and Chairperson of the Global Environment Facility (GEF). “Protecting and enhancing the land rights of Indigenous Peoples is a necessary step towards greater economic prosperity and safeguarding our global commons.”

As attention shifts toward implementing the Paris Agreement, too few national climate contributions take secure land rights into account. The new report finds indigenous lands with secure tenure can reduce deforestation and sequester carbon, lowering greenhouse gas emissions and helping curb climate change. The report estimates avoided emissions over 20 years would be at least 31.76 Mt CO2 per year in Brazil, the equivalent to taking more than 6.7 million cars off the road per year. Estimates for Bolivia are 8.04 Mt CO2 per year and for Colombia 3.01 Mt CO2 per year. Had the Indigenous Peoples in these countries not maintained secure tenure over their lands, the CO2 emissions of each country would be higher – about 9 percent more per year in Bolivia, and 3 percent more per year in Brazil and Colombia.

Securing indigenous lands is an effective and cost-effective carbon mitigation strategy that can help countries meet their contributions to the Paris Agreement. However, analysis by RRI found that only 21 of 197 Nationally Determined Contributions (NDCs) included clear commitments to implement community-based tenure or natural resource management strategies as part of their emissions reduction plans; including only Bolivia and Guatemala from Latin America. The only country to set a measurable target for the expansion of secure tenure rights was Cambodia.

WRI’s new report shows that securing indigenous land rights could help Colombia meet its national climate commitment. Colombia committed to reduce its greenhouse gas emissions by 20 percent by 2030, a total of 67 Mt CO2. The authors calculate that through avoided deforestation on indigenous lands, Colombia could save a minimum of 45 Mt CO2 between 2016-2030, which could achieve 69 percent of its NDC emissions reduction target.

“Securing land rights for indigenous communities in the Amazon truly would have a global impact,” said Helen Ding, lead author and Environmental Economist, WRI. “At the local level, secure land rights would mean clean water, reduced pollution, revenue from ecotourism and forest products, and more. In terms of global carbon mitigation, there are billions of dollars to be gained from slowing deforestation and sequestering carbon in Indigenous forests.”

The report sets forth recommendations for decision-makers from government and other sectors who can establish laws and direct resources toward titling and protecting indigenous and community lands. It also recommends that donors, international development funds and climate finance mechanisms have a role to play to direct new resources in order to secure indigenous and community lands.

The full report is available at: http://www.wri.org/publication/climate-benefits-tenure-costs.

The WRI is a global research organisation that spans more than 50 countries, with offices in the United States, Brazil, China, India and Mexico, among others. The body’s over 550 experts and staff work closely with leaders to turn big ideas into action at the nexus of environment, economic opportunity and human well-being.