Secure territorial rights of indigenous peoples and traditional knowledge must be central to post-conflict initiatives to save the Colombian Amazon and achieve sustainable development, says a study 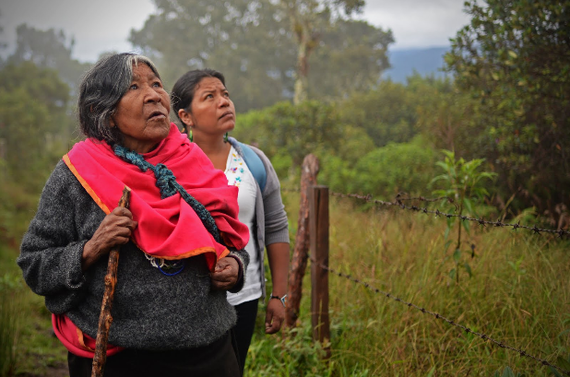 A new report “Deforestation and Indigenous Peoples Rights in the Colombian Amazon” co-published by social justice and environmental NGO DEDISE and Forest Peoples Programme (FPP) underlines the critical role of secure land and territorial rights and traditional knowledge in sustaining one of the most culturally and biologically diverse forests on the planet.

Drawing on grassroots interviews, community workshops and a review of official documents, the study assesses historical and contemporary direct and underlying causes of forest destruction and associated human rights impacts in the region. It finds that current deforestation and associated negative impacts on indigenous peoples are most rampant in Caquetá, Guaviare and Putumayo. Forest loss and rights violations in western and northern areas are driven by expansion of cattle ranching and commercial cultivation of illicit crops. According to the report, deforestation is closely linked to road construction, while mining and oil developments act as poles of colonisation leading to urbanisation, land grabbing, militarisation, conflict and human rights violations.

Insecure land rights, perverse incentives and violation of free, prior and informed consent (FPIC) are key underlying drivers of land use change and rights violations. The report finds that existing Colombian legal and institutional mechanisms to apply the FPIC standard and prior consultation are defective, while mining, oil and gas concessions overlap indigenous forest territories throughout the region. Imposed infrastructure and road building programmes like the Iniciativa para la Integración de la Infraestructura Regional Suramericana (IIRSA), facilitated by the Inter-American Development Bank also threaten indigenous territories and fragile forest watersheds in the region.

One indigenous Kamentsa leader observes: “Implementation of IIRSA in Colombia will lead to the extermination of indigenous peoples and accelerate deforestation as it opens up forests to mining and logging. In Putumayo, one of the country’s major oil production areas, the impacts have been very negative for our people and our way of life…”

The study pinpoints contradictions between national policies for economic growth and recent pledges made by Colombia’s government to tackle climate change, promote sustainable development and achieve zero deforestation in the Amazon region by 2020.

Mayra Tenjo, one of the co-authors of the report, says: “There is a major disconnect between national commitments to uphold indigenous peoples’ rights, combat deforestation and achieve sustainable development in the Amazon on the one hand, and Colombia’s existing National Development Plan (PND) on the other. The PND promotes mining, extractive industries, infrastructure development and industrial agriculture. The two different sets of policies are not coherent. Better cross-sectoral policy coordination and more inclusive, rights-based approaches are needed to respect indigenous peoples and achieve genuine sustainable development…”

As well as contradictions in national and sub-national land use and development policies, the analysis finds that programmes intended to safeguard the forest and deliver development, such as the GEF funded “Heart of the Amazon Programme” and Vision Amazonía 2020 initiative funded by the UK, Norway and Germany, are not properly involving grassroots communities, who know little about these top-down interventions.

Hernando Castro, an indigenous leader from the Middle Caquetá, notes: “Forest projects to expand national parks like the Heart of the Amazon Programme are mostly driven by government technicians, the World Bank and NGOs in Bogotá and Washington DC without effective FPIC and sufficient prior consultation with our Resguardos. We do not know exactly what budgets are destined for our communities and our demands for extension of our Resguardo titles are not being given enough priority by these programmes…”

A similar issue is now arising with the larger Visión Amazonía 2020 and related Sustainable Colombia initiatives of the Santos government. The same leader adds: “Now there is a new bigger forest programme that we understand is funded by countries like Germany and the UK, but we know little about it. It is essential that the indigenous component of the Visión 2020 programme is developed with the full involvement of our traditional authorities and Cabildos. This programme must support our systems of self-government and it must build on our ancestral knowledge and our collective visions for forest management and self-determined development.”

In assessing possible future threats, the report highlights that a successful peace process could open up vast areas of the Amazon forest and eastern plains to foreign investment in oil palm, maize, sugar cane and soybean monocultures as well as extractive industries. The risk of increasing land grabs, deforestation, rights violations and displacement of small farmers to the forest frontier are heightened by the recent adoption of the controversial ZIDRES land and rural development law.

This law risks facilitating the allocation of concessions to commercial interests, privatisation and the enclosure of so-called vacant State lands (baldíos), without adequate protections for the pre-existing customary collective territorial rights of indigenous peoples. Among other consequences, this law could allow companies to obtain legal rights over “baldíos” they had already accumulated through land grabbing in the past.

Given these risks, the report concludes that effective interventions to uphold human rights, slow deforestation, maintain biodiversity and achieve the Sustainable Development Goals (SDGs) in the Colombian Amazon must involve reform of the top-down system for land use zoning, concessions and territorial planning that allocates land and minerals to private commercial interests. Crucially, the report emphasises that more effective actions to protect and secure territorial rights are needed alongside reforms to ensure genuine respect for free, prior and informed consent (FPIC). Actions to strengthen self-government of indigenous peoples, apply traditional knowledge and reinforce indigenous agroforestry systems are identified as essential for achieving effective forest and climate policies in the region.

Previous: Ogun, ECN, UNIDO to generate power from sawdust
Next: Nigeria, others to mobilise $1 trillion investment in solar energy 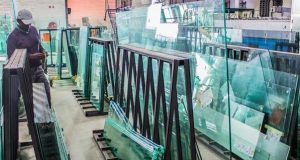 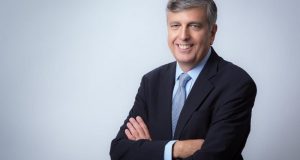 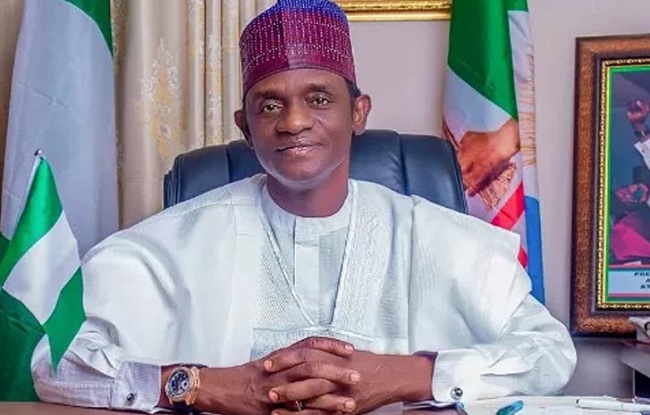