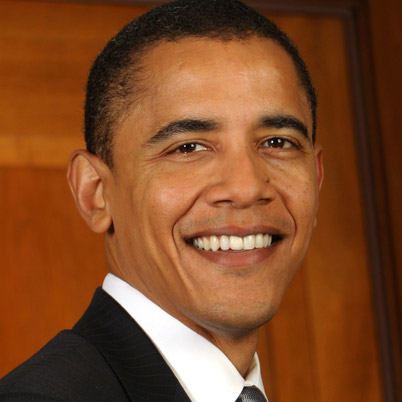 Reactions have trailed plans unveiled on Tuesday by US President, Barack Obama, to combat climate change.

Observers say that though the plan isn’t perfect, it nonetheless contains many important steps.
Most importantly, the plan calls for the regulation of carbon emissions from U.S. power plants and an end to U.S. support for new coal plants overseas.

The Earth Day Network says: “These are monumental steps in the right direction.”

Executive Secretary of the United Nations Framework Convention on Climate Change (UNFCCC), Christiana Figueres, stresses: “President Obama’s climate action plan is a necessary next step to meet an immediate, worrying shortfall in action to deal with climate change and can be a critical move forward on the path towards a new, global climate agreement. It remains vital that the United States as the world’s largest developed economy is seen to be leading serious action to deal with climate change, both at home and abroad. These new steps will help to meet those goals, if they are implemented to the fullest extent to which they are intended.

“It is significant that the new plan aims to start up rapidly and covers the full menu of solutions to climate change: clean energy, renewable energy, energy efficiency and the many actions that all countries need to take to adapt to accelerating climate change. This climate action plan should be positive for the US economy and the economies of other countries, as the US shifts faster towards a sustainable, low carbon model, including addressing directly the heaviest sources of emissions from unmodified coal and gas plants.

“When the United States leads action, it also encourages more rapid international efforts to combat climate change by strengthening political trust, building business momentum and driving new technology solutions. We are fast approaching 2015, the year in which governments of the world have committed to agree an ambitious policy framework to curb greenhouse gas emissions and better enable the poorest and most vulnerable nations to adapt to climate change. This new agreement will enter into force from 2020 and must be unambiguous in providing the crystal clear signals and international mechanisms that will accelerate the domestic policy and business investment decisions required to keep the world below a maximum 2 degrees Celsius average temperature rise. To get there, we need immediately stepped up action on the part of government at all levels and by business.

“I applaud the fact that the US intends to play a leading role by helping to forge a truly global solution to climate change that galvanizes international action to significantly reduce emissions, prepares for climate impacts, and drives progress through the international negotiations. This US climate action plan must also be leveraged into fresh, high-level political consensus among countries that will smooth the way for faster progress in the international climate change negotiations under the United Nations.”

Dr Simon Anderson, Head of IIED’s (International Institute for Environment and Development) Climate Change Group, submits: “The emphasis on strengthening local governance for adaptation planning, developing new risk management tools and climate adaptation technology is helpful. Framing this section in terms of ‘security’ is misguided and is likely to bias the way that resources are deployed for this objective. The main instrument for addressing this objective is and will be USAID – an agency that notoriously acts in isolation and seldom consults adequately with country governments before implementing such initiatives. Examples include the USAID-funded projects Hariyo Ban in Nepal, and REGAL-IR in Kenya.

“The resources mobilised so far by the US and other industrialised countries are dwarfed by the imposed costs of increased climate variability on the economies and societies in the developing world. Optimistic assumptions of the scale of private sector contributions to resilience investments have proved so far to be ‘pie in the sky’ and there is no evidence that this will change any time soon – at least until medium term profits can be guaranteed to investors. The cases of failed weather-indexed crop insurance show how reluctant the private sector is to outset the costs of adaptation to the climate vulnerable.

“The US cannot claim to have led anything in the negotiations so far – apart from some obfuscation. If Obama’s emphasis on ‘ambition, inclusiveness and flexibility’ leads to support for common but differentiated responsibility for emissions reductions and contributions to finance for adaptation then this is to be welcomed.”

Dr Saleemul Huq, Senior Fellow, Climate Change Group at IIED, states: “This is the first time that the Federal Government has announced significant adaptation actions at home, reflecting the fact that – importantly – Obama recognises that the United States faces adverse impacts from climate change that it must adapt to. On the international level however the promises for action, while welcome, are too little too late! While it is good to see a leader of the world’s richest country and biggest cumulative polluter finally promise to take actions, after over a decade of refusal to do so,  the problem has become much bigger while the US was ignoring it. Hence the world is now headed towards 4-degree temperature rise by 2100 unless much more drastic actions are undertaken on mitigation by all countries including the United States. President Obama says he wants the US to lead this effort globally. His promise is welcome, but his actions still fall short of what is required.”

Tagged with: climate change Obama US