As the world watches in awe the unfolding extreme weather events around the globe in recent weeks, experts are offering varying views on the situation. 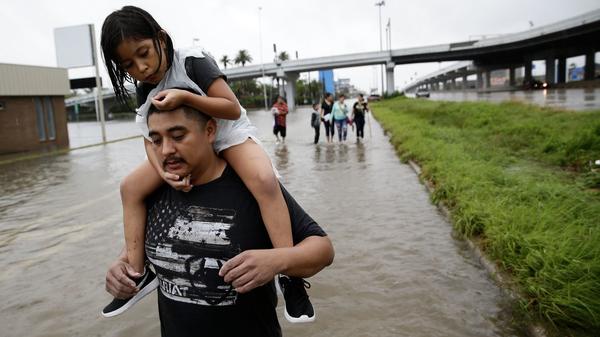 A concerned group of scientists has been discussing the relationship of these extremes to the underlying trend of climate change, and the London, UK-based Science Media Centre collates some of the expert views.

Dr Adrian Champion, of the University of Exeter, said: “The occurrence of two category five hurricanes in the same season hasn’t been known to happen since records began.

“It’s difficult to predict whether Irma will continue to strengthen – they get their energy from warm oceans and, given it’s already made landfall, you could expect it to weaken – but now it’s passing over the ocean again it could re-intensify.

“The question regarding whether Jose will develop into a category five hurricane is mixed. Given that Irma has just passed through, there isn’t as much ‘energy’ to intensify Jose. However, the conditions are similar.

“The climate change projections are that we’ll get fewer, but more intense, cyclones in the future.”

Dr Ilan Kelman, Reader in Risk Resilience and Global Health at University College London, said: “As the scale of devastation from Hurricane Irma emerges, once post-disaster needs are met, we can ask about readiness. The islands which were hit knew they were in a hurricane zone and many run drills every year to be prepared for the hurricane season. In places, it appears to have saved lives. But we always want to strive to help everyone – and to be ready beforehand to reconstruct as soon as the storm has passed.”

Dr Chris Holloway, tropical storm expert at the University of Reading, said: “Hurricane Irma is a potentially life-threatening storm for the Caribbean islands and neighbouring Leeward Islands due to winds up to 185 mph and storm surge up to 11 feet with large swells on top of this. The storm is likely to maintain very strong intensity (category 4 or 5) over the next three days, probably staying just north of the Greater Antilles but still a potential threat to Puerto Rico and Hispaniola. After that, the forecast track becomes more uncertain, with the storm likely affecting the Bahamas and Florida over the weekend.

“Since the storm will begin to turn more towards the north in about five days, but the exact timing of this turn is uncertain, all of the Florida peninsula, the Bahamas, Cuba, and the Carolinas and Georgia should be prepared for a possible landfall or other effects of a severe hurricane. The main dangers with this storm are storm surge and damaging winds.

“Irma is moving faster than Harvey, and has even stronger maximum winds that will affect a potentially larger region, so storm surge and wind damage are the primary risks.  Harvey moved very slowly and dumped rainfall over Texas for days, mostly as a much weaker tropical storm, so freshwater flooding caused most of the damage from Harvey.”

Dr Dann Mitchell, Natural Environment Research Council (NERC) Research Fellow at the University of Bristol’s Cabot Institute, said: “Hurricane Irma, following so closely after Tropical Storm Harvey and other extreme weather emergencies, has prompted questions about the role of climate change. The question of whether climate change ’caused’ any particular weather event is the wrong one; instead, we must probe how climate change alters extreme weather.  Aside from the warming atmosphere, rising sea level and surface ocean warming have likely contributed to the impact of both Irma and Harvey. The details of these contributions will be examined by scientists in the coming months and years.

“These events also offer wider lessons on how prepared we are for a warmer future. It is likely that rainfall events, in general, will become more extreme, as will heat waves and droughts. So events like Irma and Harvey also help us understand if we are prepared for them and who will be most affected. Increasingly, the evidence is clear that the poorest, being the most exposed to many climate risks and often being the least protected, will be most affected. Addressing this inequality is at the heart of not just the climate change discussion but all discussions about how we become resilient to risk and hazards.”