At least three people have been killed in the provincial capital, Zhengzhou, where more than 20cm (7.8in) of rain fell in one hour on Tuesday, July 20, 2021. The rainfall shut the city’s subway system, leaving passengers trapped in waist-high water.

More than 10,000 residents of the central province have been moved to shelters, the official Xinhua News Agency reported on Tuesday.

From Saturday to Tuesday, 3,535 weather stations in Henan, one of China’s most populous provinces with 94 million people, reported rainfall exceeding 5cm. Among the stations 1,614 registered levels above 10cm and 151 above 25cm, the authorities said.

Footage on China’s social media show the world-renowned Shaolin Temple, known for martial arts, as well as other cultural sites, badly affected. Hundreds of trapped residents in Henan called for help online as flooding cut electricity to their homes.

Floods are common in China’s rainy season, but their impact has worsened over the decades, due in part to China’s rapid urbanisation and the global climate crisis.

Extreme weather events have occurred in many parts of China this summer. Hundreds of thousands of residents in Sichuan province had to be relocated this month due to floods and landslides.

Courtesy: The Guardian (of London) 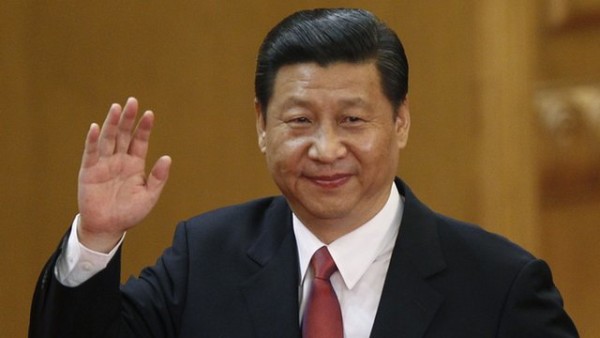 At the United Nations General Assembly on Tuesday, September 21, 2021, President Xi Jinping of ...