The 21st Session of the Conference of the Parties (COP21) to the United Nations Framework Convention on Climate Change (UNFCCC) should be an eye opener and trigger inner reflections and new actions by the Nigeria political class. Irrespective of what the agreements contain, and whether or not they are implemented, one simple thing stands out clear. The simple thing is that the serious countries of the world have resolved to end the era of energy dependence on especially petroleum, a resource which empowers countries which in the perspective of the G8 and the OECD are in parts of the world with heavy geopolitical risks. To this extent, the serious push for ending or in the least minimising use of fossils is beyond the need to reduce carbon emissions and mitigate climate change. 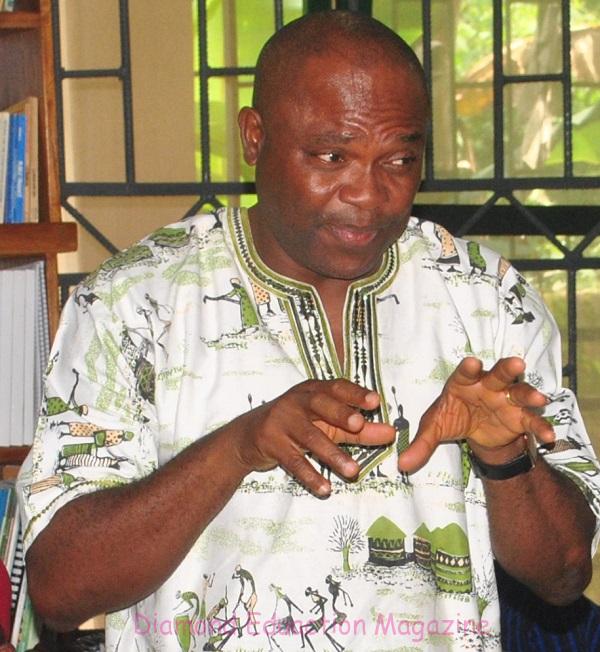 What gives my country, Nigeria, visibility at the global stage is neither her size nor huge and rapidly growing population, but that we are a major petroleum exporting country. Our huge and growing population of course presents an attractive market for those intending to export all manner of products, including China (that is also setting up new Coal plants). The attraction is enhanced by the purchasing power of the country which sources over 80% of its foreign exchange earnings from petroleum exports. Regardless of the commercial attraction, Nigeria remains one of the countries regarded as being of huge geopolitical risk. Perhaps even more of a risk than Nigeria as source of hydrocarbon supply is the Middle East.

How seriously the United States, for instance, views the risk emanating from the principal export commodity of countries like Nigeria is seen in President Obama’s open declaration early in his presidency that by the end of his tenure, the United States would scarcely be in a position to be held hostage ever again by the international Oil market. Today, that vision of Obama for the United States has considerably been realised. We are likely to see Europe following suit in minimising their own dependence, just as Japan announced within the period of the COP21 that she is commencing the building of new coal plants with better efficiency and less carbon emissions. This trajectory has grave implications for Nigeria and it is critical that the political class in Nigeria follow, listen and plan with these developments in mind.

They mean it when they say it

In case there are Nigerians who may think it is a joke, I will cite a few examples of challenges faced by the G8 and OECD at least since the 1970s and how they were decisively addressed. These include:

The long-term consequence of these for Nigeria is decline in relevance. Changing relevance of different parts of the world and organisations is something we need to reflect on.

There are persons who ordinarily should know, but did not know that OPEC Ministers were meeting. Rewind to 20 years before now, or even 10 years ago. An OPEC Ministers meeting was an important world event. This time it meant little. Just as the meeting ended Brent crude price fell to less than $40 per barrel, the lowest in seven years (the year Obama came to office). With that attitude to the OPEC meeting, is there little doubt that the Organisation does not hold the relevance and clout of the past? In fact, some persons are saying that the G8/OECD may be wanting oil prices to go down to $20 per Barrel. If that happens, what is the implication for Nigeria? Nigeria’s political class should be aware that the drum beats have changed, and so must the dance steps change. The ‘culture‘ of monthly Federation Account meeting in Abuja to share whatever SHELL and the others bring, in order to pay Civil servants, teachers, pensioners, and do other things is gradually becoming a matter for the history books. Governors asking for bailout should know that it is not sustainable. Nigeria requires more decisive decisions and actions that acknowledge that the party is over. We shall come to required decisive actions.

The other meeting of African presidents in Johannesburg had nearly all African Presidents physically present. That perhaps was a better attendance record than an African Union (AU) meeting. What was at stake? Simply, Chinese money. China is the new big man in town. China has the cash. China is the number two in size, but a major creditor to the number one (the United States). Note that just before the COP21, the World Bank/IMF announced that the Chinese Yuan has become one of the currencies for international exchange. The financial buoyancy of the Chinese is a key unsaid factor in the G8/OECD insisting in renegotiating the principle of common but differentiated responsibilities at the COP21. Their argument is that China and some of the BRICS may claim to be undeveloped, but they are also currently major polluters and most importantly have the cash to bring to the table. At the Johannesburg meeting, the Chinese did it the way a Nigerian big man will do it. They announced the huge figures to support African counties and an elated President Mugabe could not hide his excitement when he said, that is what we have been expecting our former colonisers to do for Africa. Now, what did China do to move up the ladder? That is what we should learn from and not just expect Chinese cash. We should produce/manufacture, consume what we produce/manufacture, and export.

My People, the party is over

My greatest wish is that the political class in Nigeria be equipped to interpret and understand the new/emerging (emerged) world and ensure that Nigeria is positively relevant. But we first need to understand that the party is over. The Owambe is over.

With about 170 million persons to feed, most of whom have no skills relevant to the contemporary world we are a major geopolitical risk. I like the way Our President Buhari put it to the US and Europe – bring the $14 billion to reflate Lake Chad so we can revive livelihood in that area and stop them matching to Europe. I believe it is the kind of thing Europe will understand. Note also that if Europe stops the migrants from the Middle East and the migrants chose to march southwards into the savanna of West Africa, no person, government or organisation has the capacity to stop them. We have been unable to stop an illegitimate Boko Haram. Please may God not let this thought get into the heads of the migrants heading to Europe.

Truth be told, Nigeria already has enough challenges for one country. The way things are, with significant amounts shared monthly, the extant insecurity and projected insecurity for Nigeria is serious. Yet there are more worries to come. A few of them include:

With the financial challenges confronting the central and state governments in Nigeria, some persons suggest we focus on taxation. That is right if we can find creative ways of taxing the rich more and close the gap as is the case in the Nordic countries. However, in one state I know the Local Governments have been mandated to seize goats, fowls and palm oil from villagers as a way to raise IGR. Good luck. Now consider these:

But Nigeria is a clever country! One of my friends will say this. We have not said we are devaluing the Naira, but depreciating the Naira, and so since early this year we have officially moved from about N160 to the Dollar to N197. In the unofficial market, it is over N250 as I write. Is there still round-tripping going on, or is the Naira simply showing its true colour? I don’t know.

What about this option?

It seems to me the situation is getting to what it was before the oil boom commenced in the early 1970s. What therefore should the central and state governments do? I focus on the states. I suggest the state governments look at how the regions were financed. How did the Eastern, Midwestern, Western and Northern regions seek funds in that era? What commodities did they produce and export to earn foreign exchange – given the configuration of demand and supply in the world at the time? Oil palm, Rubber, Cocoa, Groundnuts etc., Marketing Boards, exports, etc.!

Many of our states are bigger than some African Countries that have no oil and are still functioning. Hence, states and clusters of states need to delve into modern Nigerian history and attempt the question, “what is the oil palm of the 2010s and 2020s? what will represent the cocoa, cotton, groundnuts, etc of the 1950s in the 2020s – and how do we go about increasing production and expropriation for public good?”

The best time to plant a tree, they say, is 10 years ago; and the next best time to plant the same tree is today. The train of reduced hydrocarbon dependence by erstwhile major buyers of Nigerian crude oil has since left the station. We cannot afford to pretend that things will remain the same. It is already late in the day. There is an urgent need to begin planting those trees of economic restructuring that were not planted decades ago today. Fortunately, we have some history to learn from. It is time to dust up Okparanomics, Osadebenomics, Akintolanomics, and Bellonomics textbooks and manuals. Feeding bottle federalism is not sustainable. Welcome to a new Nigeria.