After much anticipation for a new global climate agreement, COP21 is being widely hailed as a success, with 195 countries from diverse positions signing the Paris Agreement. But the day after the dust settles, numerous civil society organisations are evaluating the stark contrasts between what is possible in the political process and what is scientifically necessary to avoid climate chaos. 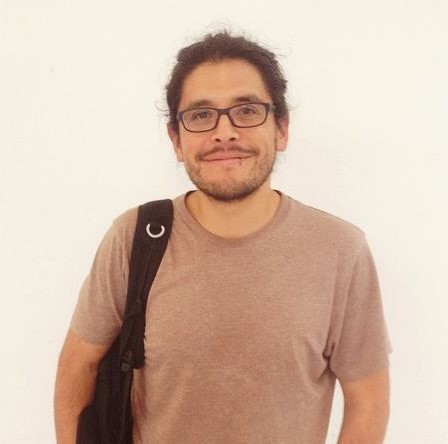 Many walked away pleased that the Paris Agreement called for limiting global warming to 1.5 degrees Celsius within the purpose of the agreement. However, the reference is aspirational, and the agreement lacks mechanisms to achieve it. Based on the current pledges for change and the state of pollution rates, by the time countries formally take stock in 2023, we will have already polluted to such a degree that we will have locked in the climate chaos we came here to prevent.

“The biggest misconception around 1.5 is that mentioning it means that they will actually meet that goal. This agreement did not actually design a pathway for how to achieve 1.5. We came to Paris needing a way to achieve tangible results, instead we came out with more empty promises and false solutions,” said Martin Vilela from the Bolivian Platform on Climate Change.

This lack of specificity in dealing with pollution has been described as “between dangerous and deadly” by leading climate scientists. Similarly, South Africa also noted that the Paris Agreement came at the expense of immediate action, and called for energies to now be channelled into pre-2020 efforts.

While many heralded France’s achievements of facilitating a fair process to reach the Agreement, this was marred in the last moments as France buckled to US pressure and changed the language of the nearly finalised text to say that developed countries should rather than shall take on reducing pollution across all sectors of the economy, indicating a lower level of legal obligation.

Many developing countries’ support for the Agreement was contingent on “shall” rather than “should”, but a process was not provided to respond to this major change made in the last moments of adopting the agreement and characterised a “technical correction”. In many ways, the agreement’s new rules are substantially weaker for wealthy countries than the current ones.

Another major concern came, again under US insistence, in the language on “loss and damage,” where an “exclusion clause” was inserted in order to prevent the poor and particularly vulnerable countries (the same ones calling for the 1.5C goal) from claiming any future liability or compensation claims being made under the agreement against the big historic polluters.

The great paradox is the Paris outcome paid lip service 1.5C without the means to achieve it, while, at the same time, excluding the rights of the poorest countries to compensation for warming above these levels.

A critical component of the Agreement was always that finance for developing countries would be ramped up. In concluding the talks, President Hollande spoke proudly about the $100 billion “floor” in finance, but observers have pointed out that the reality doesn’t match the rhetoric.

“The 100 billion per year by 2020 is now extended to 2025 and a new goal is to be set after that. So developed countries have obtained another five years to deliver what they agreed to do. It is regrettable that this has happened as it delays action in developing countries who are in need,” said Meena Raman, Legal Advisor, Third World Network.

Although tired after a long road to Paris, and with many concerns over the outcome, civil society groups nevertheless determined to press on and use the Agreement and the pledges made to it as tools to push for stronger national actions. They are already looking to a “facilitative dialogue”, agreed for 2019, to increase ambition and look to initiatives like the African Renewable Energy Initiative to deliver real results on the ground.

“As both a Kenyan and a climate policy expert, I have never been more proud. The significance of of the Africa Renewable Energy Initiative is not to be understated: it is an exceptional moment in Africa’s history and a game-changer for the continent. And our leadership has inspired other countries to show their support,” Mohamed Adow, Senior Climate Change Advisor, Christian Aid explained.

“While disappointed by the outcome of the climate talks, we see that there were many success’. The climate justice movements mobilized despite the state of emergency and we showed the world that we are an unstoppable force that will continue to do the real work of developing tangible solutions to our world’s problems, and not wait for politicians to do what is necessary,” said Lidy Nacpil, Asian Peoples’ Movement on Debt and Development.