As part of efforts to provide the necessary technical support to countries for effective monitoring and reporting on human settlements indicators for the Sustainable Development Goals (SDGs) and the New Urban Agenda (NUA), the United Nations Human Settlements Programme (UN-Habitat) in collaboration the European Commission, Organisation for Economic Co-operation and Development (OECD), Food and Agriculture Organisation of the United Nations (FAO) and the World Bank have embarked on the implementation of a project titled “Assessing the feasibility of applying a global definition of cities/urban areas in support of global monitoring of SDGs and NUA urban targets”. 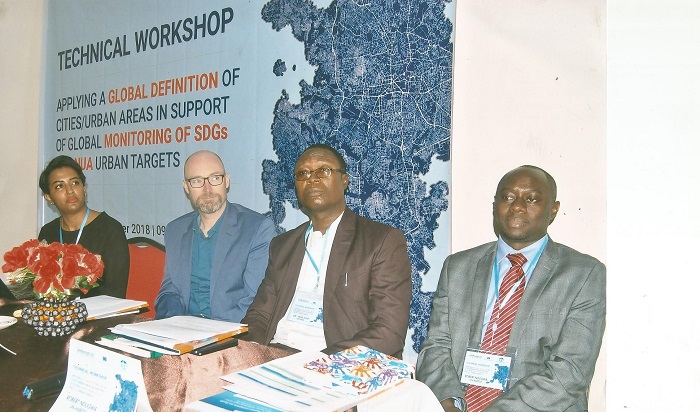 L-R: Edlam Yemeru, Chief of the Urbanisation section of Social Development Division at United Nations Economic Commission for Africa (UN-ECA); Lewis Dijkstra, Deputy Head of the Economic Analysis in the Directorate-General for Regional and Urban Policy of the European Commission; Mustapha Daramola, representing the Statistician-General of the Federation; and Robert Ndugwa, Officer in charge of the Global Urban Observatory Unit in the Research and Capacity Development Branch at the United Nations Human Settlements Programme (UN-Habitat), at the technical workshop in Abuja

The initiative is aimed at testing and applying the degree of urbanisation (DEGURBA) approach in defining city boundaries in selected countries in Africa, Asia including Arab States, and Latin America.

The project comprises a series of training and consultative sub-regional workshops, during which participants are introduced to the DEGURBA approach, compare contexts, examine gaps, and share best practices and lessons.

Essentially, the workshops aim to contribute towards the ongoing efforts on having a harmonised global city definition particularly for the SDG 11 (Sustainable Cities and Communities) targets and indicators that require reporting at city levels.

According to the UN-Habitat, a global city definition would assist in the monitoring of the SDGs by ensuring that the study areas for the spatial urban SDG are standardised and easily reproducible and will add clarity to the methodologies and approaches for collection of data to support the land and rural related indicators.

The first workshop was conducted in Abuja from October 15 to 19, 2018 for participants from selected countries in West Africa and East Africa, including Nigeria, Ghana, The Gambia, Sierra Lone, Liberia, Ethiopia and Kenya, among others. 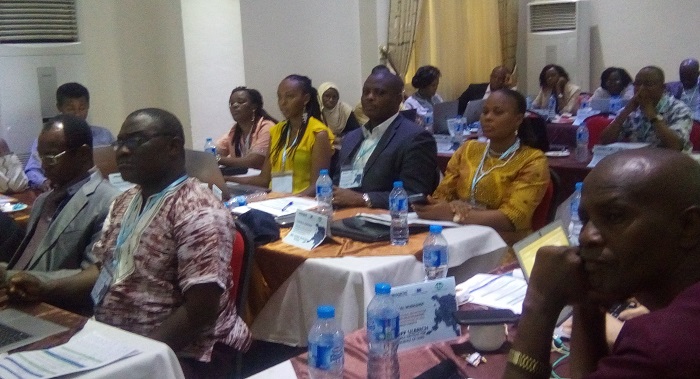 A view of participants at the workshop

Statistician-General of the Federation & Chief Executive Officer, National Bureau of Statistics (NBS), Dr Yemi Kale, in his welcome remarks, said that although a planned settlement, Abuja has evolved into a rapidly urbanising city, becoming one of the fastest growing cities in the world, with official population estimates at about four million persons in 2016.

“The result of rapid urbanisation and influx of new residents to the city has continued to put pressure on social services and infrastructure both within the city and in the satellite towns. Better city planning will require data that is linked to sound methodology and definitions that take into consideration as much as possible the peculiarities of the local context including the way of life and livelihoods of its inhabitants. Adequate consultation is crucial to ensuring that definitional and methodological changes can be locally adapted,” he said.

He pointed out that, as the national statistical office, the definition and classification of an area as a city or otherwise, or as urban or rural, is even more crucial, “as it influences the selection of survey samples, designation of enumeration areas, the selection of reporting domains and the determination of nationally-representative aggregates”.

“This explains why we are also keenly interested in the outcomes of the workshop and its operationalisation in the future,” he stressed, adding that, in recognition of the increasing attention to the importance of data and statistics for policymaking, NBS has continued to promote improvements in all aspects of data production, from data collection to data processing to dissemination and advocacy.”

Besides DEGURBA, the city is also defined by its urban extent (built-up and urbanised open space).

Instead of using population/demographic trends, the urban extent concept employs satellite imagery analysis techniques to extract information on human settlement morphology and density of built-up structures. The information is then used to define an operational city boundary that can be applied to compute the selected indicators.

A resource person at the workshop, Lewis Dijkstra, observed that DEGURBA relies on a population grid to classify local units into three classes: cities, towns & suburbs, and rural areas.

“These three classes can be further disaggregated into cities, towns, suburbs, villages, dispersed rural areas and mostly uninhabited areas. The population share in rural areas as defined by the degree of urbanisation is like the share reported based on national definitions in most countries in the Americas, Europe and Oceania, but radically different in many African and Asian countries. A possible explanation for these differences is that in Africa and Asia smaller settlements are considered rural, while they are classified as urban in the rest of the world,” said Dijkstra.