The National Park Service (NPS) says it is working with other security agencies and local vigilante groups to ensure that the plants and animals in protected areas are secured.

Dr Ibrahim Goni, Conservator General of the NPS, announced this on Wednesday, August 25, 2021 in Abuja during a press briefing on the outcome of its recent joint patrol at the Kainji Lake National Park.

According to him, plants and animals constitute the ecology which need to be protected for healthy ecosystem.

He said that in the effort to protect the ecology, the service rangers in collaboration with security agencies and local vigilante groups carried out a successful routine joint patrol at the parks between Aug. 12 and Aug.13.

Goni said a lot of bandits were neutralised while about 20 illegal loggers with different sizes of trucks loaded with timbers were arrested.

He added that the trespassers would be prosecuted in according to the laws of the land.

Goni noted that the collaborative efforts paid off and would effectively degrade the activities of bandits and other criminal elements within the Parks and the surrounding communities.“The management of the Park is fully aware of the security situation of the areas within our legal jurisdiction; we are joining forces with relevant stakeholders to curb the daunting challenges.

“These collaborations, which are a continuing exercise, would help to speedily restore peace and stability at our Parks, the host communities and Nigeria as a whole.

“It is worthy to note that this operation was successful because of the vital information shared to the Service which is a crucial role every person in Nigeria should play.

“ We will always evaluate, re-strategise and reinvigorate our ongoing operations to stem the tide of growing security threats around the Parks and adjoining communities.

“I appreciate the Army, Police, DSS, Civil Defence, the vigilante  and indeed the people of Borgu Emirate for their support and cooperation.

“I thank them all for their sacrifices and dedication toward curtailing banditry and other security challenges bedeviling our Parks,’’ the Conservator-General said.

Goni called for continuous support from Nigerians in the fight against illegal activities at the Parks, stressing the Service would strive hard to keep the sanity and integrity of the parks. 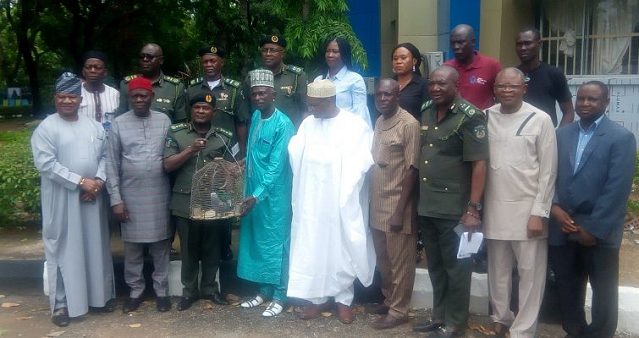