After two weeks of negotiations, the 22nd session of the Conference of the Parties to the UN Framework Convention on Climate Change (COP22) in Marrakech concluded on Friday, November 18, 2016. Under the umbrella of “Action and Implementation”, representatives of more than 190 countries came together to discuss implementation of the Paris Agreement. The Agreement entered into force on 4 November 2016 a mere year after its adoption. 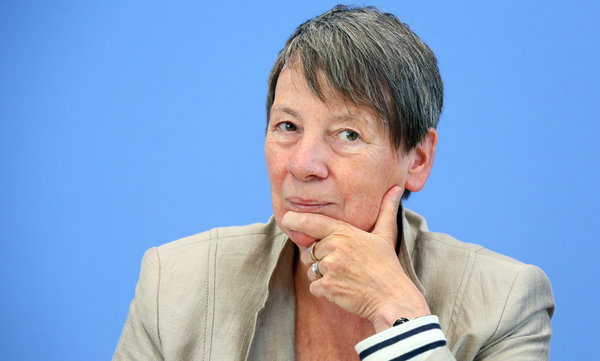 German Federal Environment Minister Barbara Hendricks said: “The Climate Conference was a conference of action. It fully met our expectations. We made the most of the momentum of recent months and laid important foundations for swift and ambitious implementation of the Paris Agreement. The transformation to a climate-friendly world agreed on in Paris is well underway and can no longer be halted. Climate action has long become a driving force for jobs and a guarantee for sustainable economic development. New stakeholders in international climate action are emerging in the form of committed cities, towns and municipalities. They will help us further accelerate the global climate transformation.”

The discussions and events at COP22 centred on dialogue on specific measures and projects to implement the Paris Agreement. With its Climate Action Plan 2050, Germany is said to be the first country to present an ambitious long-term strategy aimed at achieving almost greenhouse gas neutrality by 2050. The US, Mexico and Canada also presented their climate action plans on decarbonising their economies.

The new NDC Partnership launched by Germany and Morocco was very well received. This partnership will support countries of the South achieve their nationally determined contributions, i.e. their national climate targets. It highlights the will to work together in a coordinated way to implement ambitious climate action measures. More than 40 countries and numerous international organisations have already signed up to the NDC Partnership.

The multilateral negotiations tackled the further structuring of the Paris Agreement’s goals for mitigating greenhouse gases, adapting to climate change and climate finance. The Parties discussed, among other things, how the NDCs under the Paris Agreement could be assessed and compared in a uniform way.

The industrialised countries reaffirmed their goal of providing $100 billion per year in climate finance from 2020. Further steps on this were adopted. Germany also further strengthened the Adaptation Fund by contributing €50 million. Germany has also made available an additional €25 million for further adaptation measures. The Adaptation Fund finances specific measures in regions that are particularly affected by climate change.

Following a decision taken at COP22, the next Climate Conference will take place next year in Bonn, where the UNFCCC is based, under the Presidency of Fiji.

Ms. Hendricks commented: “I am delighted that Fiji will be presiding over the next Climate Conference and that COP23 will take place in Bonn next year. We are happy to support Fiji in making the next conference a success for international climate action. The UN city of Bonn will be a good host.”