The National Tuberculosis, Leprosy and Buruli Ulcer Control Programme (NTBLCP) on Saturday, February 3, 2018 in Abuja held a road walk to sensitise residents of the federal capital city on the dangers of leprosy. 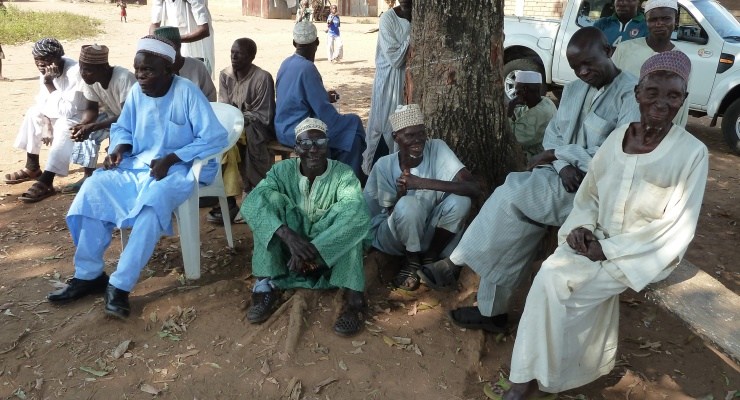 Leprosy is a disease caused by “germ’’, a bacterium which is airborne that affects the skin.

The sensitisation was organised by NTBLCP under the auspices of the Federal Ministry of Health, in partnership with Lion’s Club, and Junior Chambers International (JCI) to commemorate the 2018 World Leprosy Day

The day is often celebrated globally every last Sunday in January and is aimed at raising awareness on the need for early detection and treatment of the disease.

Dr Adebola Lawanson, the National Coordinator of the programme, told the News Agency of Nigeria (NAN) that the need to raise awareness had become important to ensure early diagnosis.

According to her, leprosy is an age long disease that requires proper awareness creation to enable people detect the signs and symptoms of the disease early enough.

“Early signs and symptoms of leprosy are skin patches, in the sense that the particular place will be lighter than other parts of the body.

“People should always take note, because when there are skin patches and you feel loss of sensation, you should suspect leprosy.

“When you burn your finger and you do not feel sensation, you need to go to the hospital for detection and medical treatment.

“The disease is curable, it is preventable if you detect it early enough, the drugs have been provided for free and the diagnosis is equally free.

“Leprosy is still here, therefore, the need for people to always take proper care of their health and go to the hospital, if they notice anything strange to ensure treatment.

“This is why we are here to sensitise the residents of Abuja on the importance of keeping their environment clean as well as practice of good hygiene to achieve zero leprosy in Nigeria.’’

In a separate interview, Mr Adebayo Peters, Focal person of the road walk, said that the sensitisation was in line with the global fights to reduce cases of leprosy to zero level.

According to Peter, who is also the Assistant Director of NTBLCP, we will achieve this by ensuring that everybody who has the signs and symptoms of leprosy is diagnosed and treated.

“By ensuring that everyone is informed on ways to access treatment, we will reduce the resultant disability that results from leprosy.

“Encouraging people to come out for early detection is one of the major ways to prevent them from disability, which is the only way we will be able to achieve zero disability,’’ Peters said.

Meanwhile, Mr Segun Aina, the Executive Vice President of JCI Nigeria, a Civil Society Organisation (CSO), told NAN that they were in partnership with government to promote awareness about dangers of the disease.

According to him, our beat is to enhance the awareness on the scourge of leprosy in the country and stem discrimination against persons with the disease.

Aina said; “what we hope to achieve is to bring down the level of discrimination considerably against people living with leprosy.

“To also let people know that leprosy is curable as against the traditional belief by people who think it is a curse and isolate affected persons.

“It is to let residents of the community know that the disease is an airborne and it is also not hereditary, therefore the need to guard against discrimination.’’