My criticisms of the excesses of the online phenomenon in terms of its brazen abuse in an unregulated environment has often made me the target of attacks, with many insisting on quoting the opening paragraph of a piece I once wrote along these lines as if it is a memorial verse, but further developments have shown that indeed, liberal, accommodative, useful and open as the growth of the new media may seem in Nigeria, we may well, if care is not taken, be dealing with a dangerous tool in the hands of the unscrupulous which could drive society towards the lunatic fringe. 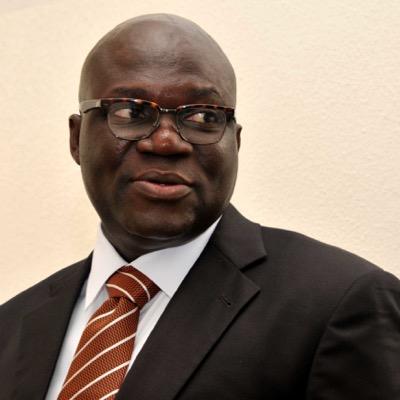 The beauty of the new media is its democratic temper. With any electronic device, anyone at all, can set up a communications unit, using a phone, a tablet, a laptop, a desktop, and simply occupy the social space and broadcast information which in a matter of minutes may go viral and condition public opinion. It grants the person involved absolute freedom, even anonymity, dangerous anonymity of self, space and location, but the worst part of it is the freedom from decency, responsibility and conscience. And so while so much good can be done by persons exchanging information, and as has turned out, creative jokes and skits which entertain and amuse, a lot of evil can be committed through resort to blackmail, abuse, and mischief.

This dangerous dimension is beginning to grow in different directions and the latest that I have seen is what seems to be the emergence of cartels, or perhaps cabals in the online industry, with various persons organising themselves into groups, and if this were to be a sign of freedom of association exercised by like minds, it would be commendable. But rather what is emerging is bitter rivalry among the various groups, a fierce struggle for territory, unhealthy, cut-throat competition, and a desperation to out-do each other. The group warriors are not necessarily fighting for any great ideal, but ego, power, privilege and access to the corridors of power.

The case that I refer to was triggered by a meeting in Lagos, between the Minister of Information and Culture, Alhaji Lai Mohammed and a group of online publishers under the umbrella of GOCOP. This prompted a rival group, the OPAN to issue a statement accusing Alhaji Mohammed of meeting with the wrong group and ignoring the main stakeholders. There has been serious “blood-sharing” since then. GOCOP issued a rejoinder in which it attacked OPAN.  And my name was brought in.  I was accused of being the spirit behind OPAN, and an attempt was made to set me up against Femi Adesina, my successor as Special Adviser on Media and Publicity to the President of Nigeria. Femi was given special praise, he being a Trustee of GOCOP, so the whole thing is projected as OPAN being pro-Jonathan and GOCOP being pro-Buhari.

I was also accused of having influenced the Corporate Affairs Commission to block the registration of NOPA, the first name that the other group had chosen when it sought formal registration. I was alleged to have used the powers of the Presidency to victimize members of then NOPA, who eventually adopted a new name and got registered. But obviously, the aggrieved were looking for an opportunity to go after me. And they believe the time is now right and that their facts are right, hence they threatened to release “documents”.

They are wrong. Here are the facts:  I was invited to be a Trustee of OPAN in 2010 when I was still Chairman of the Editorial Board of The Guardian. I was at the time involved either as a Trustee or contributor to many social causes – motherless children’s homes, special children, book reading clubs, girl child education projects, and hence, adding to that list a group that defined its objective as developing standards in the emerging online space was not a problem for me. I agreed to be a Trustee of OPAN and I made inputs into the drafting of the philosophy of the group. It had become clear by then that the online space was bound to grow and that there was a need for an articulation of ethical and professional standards, which may not be officially imposed but which could provide a basis for the insistence on a responsible use of the internet to promote serious issues. OPAN secured registration with the CAC, but it remained in a formative stage throughout the period I was in office, and was only formally launched late 2015. I did not even attend the launching ceremony. Having seen that the group had finally found its rhythm and its objectives properly defined, I offered to step down from the Board of Trustees. I got to know of the bitter fight over CAC registration between GOCOP and OPAN in the press release issued by the former.

Let me make this clear: I could not have been involved in that fight. The CAC is a statutory body and I believe it is in a position to defend its integrity. Anyone knows that the CAC conducts name-search before registering any organization and where any conflict in identity is subsequently reported, it has its own mechanism for resolving such. If NOPA and OPAN were fighting over nomenclature, it was the job of the CAC to resolve that, not the Presidency. In any case, my office could not have supported one group of online publishers against another, because that would have been counter-productive.  My assignment required me to relate regularly with website owners, bloggers, and all categories of journalists and they all published our materials. I have made it clear privately that I probably received more support from members of GOCOP, many of whom I had always known and with whom I had shared happier moments, particularly at the St Bottles’ Cathedral in Lagos: our hang-out in those days.

But I see that twice in the past eight months, there have been curious attempts to pitch me against my successor, Femi Adesina. In the imagination of a dubious minority, I am supposed to be fighting him and make his work difficult. I can imagine the kind of stories that may have been going back and forth, invented by persons looking for what to eat. I have been there and I know how it is. But Femi and I have never fought over anything and we have absolutely no reason to fight. I am out. He is in. Life goes on. I have nothing against him or the PMB government. In 2015, the Nigerian people made a choice and spoke. It is a choice that we respect.

But as if all that is not plain enough, the latest that I have seen is a 2012 private e-mail “document” purportedly leaked to Sahara Reporters giving the impression that I worked with an online group to undermine Sahara Reporters in defence of the Jonathan Government, and of course the sub-text is to link me with the current war of the online publishers. This has to do with an e-mail, which the Association of Nigerian Online Publishers (ANOP) sent to a third party which was forwarded to me. I was then hearing about ANOP for the first time.

I forwarded the mail to the main promoter of OPAN, the only one of such groups that was known to me then and I only wanted to know if this was the same group, given the striking similarity. The leaked mail is one of many such unsolicited proposals and suggestions that came to my desk. Nothing came out of it thereafter, and I had no reason to worry about that innocuous incident until now. I took an oath of office to defend the interests of the people, President and Government of the Federal Republic of Nigeria and I did my bit, but it was not the style of that administration or my office to intimidate, gag, frustrate or undermine the free media. I had direct access to Omoyele Sowore, the publisher of Sahara Reporters.

Throughout my four years on the job, he used every single press release that we issued and always listened to my many protestations. He always insisted however, that he had his facts, and that he knew more insiders than I could ever imagine. I was always shocked how State House documents and inside stories regularly found their way to his desk, and how on the day the President’s brother died, he had published the story even before anyone in Aso Rock knew. If the leaked e-mail proves anything, it is that he and his own colleagues are involved in a bitter rivalry, and that there is indeed a war of online operators and this can only get worse with everyone these days, becoming a blogger or online publisher.

This poses a serious challenge for media, reputation, and perception managers who must continuously swim in an ocean of sharks, alligators and piranhas. If you relate with A, you could offend B. And if you receive a mail from C, you could get into trouble, not knowing which cartel or cabal you are dealing with.

The truth, if we must say so, is that the social media in Nigeria has become a battle-ground for survival. It is no longer about young people playing with a phone or a laptop, it is big business, and where the stomach or sheer rivalry, is involved, we can see that persons are ready to shed blood, shred reputations and break jaws. It is most unfortunate that this positive force that could be used for the good of society is finally going the way of all things. The other truth is that the big war of communications is no longer fought on the pages of newspapers, but online and all the bad habits of old have been transported, without any ethical restraint. This is where the real danger lies.

The challenge is to insist that online journalists, publishers, bloggers and tweeters must be held down to certain prudential standards of practice. The in-fighting is unnecessary. The various associations can be useful as vehicles of self-regulation, and for promoting values and best options. They should not become special purpose mechanisms for patronising politicians and political office holders. 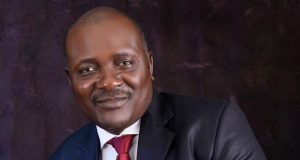 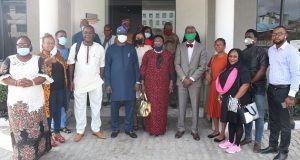 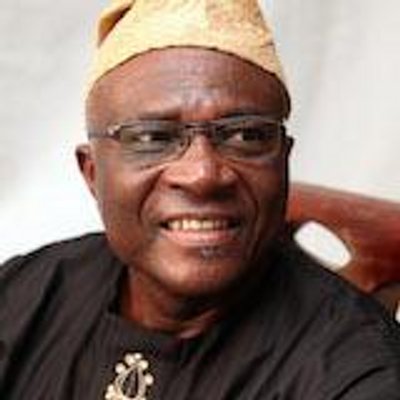 The Guild of Corporate Online Publishers (GOCOP) has announced that its 1st Annual Conference will ...