October 1, 2020 Comments Off on Not Yet Uhuru for the National Water Resources Bill 619 Views

There has been a lot of noise in Nigeria recently about the passage or non- passage of the seemingly vexatious Water Resources Bill before the country’s national assembly.

However, the bill has been thrown out of the lower legislative chamber, the House of Representatives, for now after heated debates and exchange of harsh languages by concerned legislators.

“We note that Ijaw life is intertwined with water, and water is the very essence of our livelihood and survival. Therefore this bill is another backdoor attempt to own our resources.”

“It is also an obvious intent to usurp the rights of autonomous federating units, which should be the constitution, to hold the power to regulate the affairs of its people and property within its territory.”

The quotations above are among the resolutions reached at a virtual conference held by the Ijaw Nation Development Group to examine the bill known as National Water Resources Bill (2020).

The resolutions, signed by Denzil Kentebe and Comrade Joseph Evah, demand an invitation for further consultations, engagement to negotiate for a water resources Bill that protects her strategic interests, for the greater good of all Nigerians.

Sharing the same view, youths from Urhobo ethnic nationality, under the umbrella body of Urhobo Progress Union, Youth Wing, also known as Ukoko R’Ighele R’Urhobo, described the insistence of the Federal Government to go ahead with the National Water Resource Bill as insensitive and a threat to peace.

The youths, represented by their President, Ovie Ebireri,  advised the Federal Government to listen to the voice of reason and discard the proposed bill in the interest of national peace and unity, adding that as youths, he and others will resist its implementation in their areas.

In a similar vein, some stakeholders have continued to express grave concerns about the re-emergence and pursuance of the bill, which has hitherto, been put to rest by the 8th National Assembly.

Prominent leaders from Southern Nigeria and the Middle Belt, including Governor Samuel Ortom of Benue and Nobel Laureate, Prof. Wole Soyinka, have kicked against the bill.

Also, socio-political organisations, including PANDEF, Afenifere and Ohanaeze Ndigbo, have condemned the bill, saying it is an attempt by the Federal Government to secure the lands around the rivers in southern Nigeria, to resettle herdsmen after the Rural Grazing Area (RUGA) initiative was publicly shut down.

Ortom says the provisions of the bill are at variance with the Land Use Act, and that the bill is a “disguised land-grabbing legislation designed to grant pastoralists unhindered access to river basins, adjacent marine and coastal environments across the country”.

The bill has continued to gather widespread national opposition to its assent, since it was brought before the 9th National Assembly.

As a result of continued criticisms, the Federal Government has however reassured Nigerians that, contrary to the position of some critics, it has no hidden agenda by taking the bill to the National Assembly.

The Minister of Information and Culture, Alhaji Lai Mohammed, at a media briefing to address the issues and controversies trailing the bill, says there is no ulterior motive in the legislation.

According to him, the bill is neither a President Muhammadu Buhari’s agenda to foist the controversial RUGA policy on Nigerians nor is it designed to tow partisan or regional lines.

Specifically, Mohammed says the bill predates the Buhari administration, but the government is pursuing it for efficient management of the water resources sector, economic development and well-being of Nigerians.

The minister says there is nothing new about the bill, being an amalgamation of Water Resources laws that have been in existence for a long time.

Explaining further, he asserts that the laws are being re-enacted with necessary modifications to bring them in line with current global trends, as well as best practices in Integrated Water Resources Management.

“The bill provides for professional and efficient management of all surface and ground water for the use of the people (i.e. for domestic and non-domestic use, irrigation, agricultural purposes, generation of hydro-electric energy, navigation, fisheries and recreation).

“The bill will ensure that the nation’s water resources are protected, used, developed, conserved, managed and controlled in a sustainable manner for the benefit of all persons,” he said.

Mohammed notes that many of those criticising the bill have not read its provisions, thus depending on second-hand information to reach their conclusions.

He declares that contrary to the position of the critics, the government has no intention of taking over the nation’s water resources by licensing and commercialising the use of water.

Mohammed says the bill only provides a framework for an existing Water Resources Act, 2004, which requires that commercial water borehole drillers obtain licence.

He disagrees with the position of some critics who say that the bill will prevent Nigerians from having access to potable water.

Mohammed observes that the critics have relied on Section 75 of the bill which states: “No borehole driller, whether corporate or individual, shall commence borehole drilling business in Nigeria unless such driller has been issued a Water Well Driller’s licence.”

The minister however, affirms that no technically-competent driller will be afraid of obtaining a licence adding that most collapsed boreholes in the country were drilled by charlatans.

He argues that there are no judicial pronouncement inhibiting the Bill and when passed into law, it will not clip the wings of state and local government authorities, as well as individuals, from making use of the water in their backyards.

The minister says the bill is not aimed at taking the resources of a certain part of the country for the use of herders, and not capable of triggering “water wars”.

Speaking in the same vein, the Minister of Water Resources, Mr Suleiman Adamu, confirmed that the bill came about in 2004 even before the Buhari administration when stakeholders underscored the need to update the laws guiding water utilisation.

Adamu says the initial draft was in 2006 while the final draft was adopted in 2008 after going through the six geo-political zones across the country for contributions.

Speaking further, the minister says he saw the need to pursue the bill when he came into office in 2015 because of its immense advantages to the nation’s water sector.

He says reports in the media appear to have neglected the provisions of the bill which is for the development, management and efficient use of the nation’s water resources in line with global best practices.

Chairman, House of Representatives Committee on Water Resources, Sada Soli, says the bill is in the best interest of Nigerians and that persons having misconceptions about it are ignorant.

Soli says there is no provision in the bill that empowers the Federal Government to usurp the position of states or local governments.

However, things took a dramatic turn on Tuesday, September 29 when the Lower House was thrown into turmoil while considering a Matter of Privilege, raised by Rep. Benjamin Mzondu (PDP-Benue) to be heard on the controversial bill.

Mzondu’s motion sought the withdrawal of the bill, owing to the public outcry against it and its breach of House’ Rules.

In presenting his Matter of Privilege, Mzondu cited Order 6, Rule 1(1), 2 and 3, as he argued forcefully, against the transmission of the bill to the Senate and its finally becoming law.

His latter prayers were granted, after a prolonged debate from both sides of the legislative divide, as the Speaker ordered for the withdrawal of bill.

“Fundamental issues have been raised by Mzondu. He has backed them up, with a clear language, that such bills, must be re-gazetted,” Speaker, Femi Gbajabiamila said.

When regazetted, the bill will become a public document and listed on the order paper for clause-by-clause consideration where lawmakers with opposing views can vote against it.

All in all, many experts say it was high time both conflicting parties held a round table to sort out all grey areas in the bill for the overall benefit of Nigerians.

They say such engagements should reflect fundamental concerns of ownership, control, management and use in favour of federalism, human and peoples’ environmental rights.

However, it seems the exit of the bill is only a temporary relief for those opposing it, as it may rear its head again another day, moreso when the upper legislative house, the Senate, has not made its own position known before members and Nigerians. 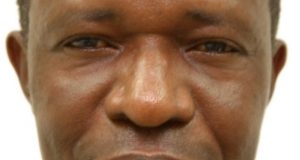 Mike Owhoko: Why Water Resources Bill must be rejected

The Minister of State for Environment, Chief Sharon Ikeazor, has expressed appreciation to the House ...