The National Oil Spill Detection and Response Agency (NOSDRA) has said that the cause of the Ijegun oil spill in Lagos is yet to be determined as the Joint Investigation Visit (JIV) had not been carried out. 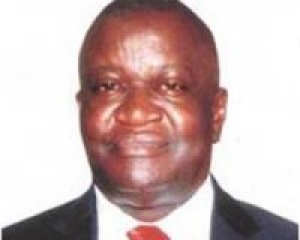 Director-General NOSDRA, Peter Idabor, said currently the agency was chiselling the concrete encasing of the busted pipeline to determine extent and cause of the spill. The response agency has a mandate to detect spills and their causes in the country.

“The situation now is very precarious because the PMS has caused fish-kill in the area and, as we are talking now, the JIV has not been done. We know that in this particular case the pipeline is encased in concrete and attempts are being made to expose the pipeline so as to determine the cause of the spill. So we are not yet ascertain whether it was an act of vandalism as claimed by the PPMC and we do not know on what bases they arrived at
that conclusion.”

Speaking on the harm caused to the environment, he said: “Normally a damage assessment will be done accordingly to determine what effects have been impacted on the lives of the people in that area and also enable us come up with some facts and figures on the proper compensation to be made.”

“Contrary to the reports that the Federal Government has fined Shell Petroleum some amount of money for the Bonga spill, that issue was discussed extensively in a meeting with the House Committee on Environment recently and what we were asked there was to confirm the actions taken by the agency on the spill. The truth is that, after that spill occurred and we noted that 40,000 barrels had spilled into the Atlantic Ocean as confirmed by the MD of Shell, we followed the trajectory and all that took place up to five days after the spill and
we also noticed the intensity of the dispersals used to make sure that the spill does not get to the shore-line.”

Explaining further Idabor said NOSDRA concluded that the spill of crude oil into the Atlantic Ocean had both acute and chronic impact in the water body, with lots of aquatic lives negatively affected and resulting in loss of livelihood, loss of employment, loss of hunting grounds and times and so many other things.

“The agency then came to the conclusion that an Administrative Fine of $5 billion on Shell be recommended to the Federal Government. So what we have pending now with the House is a recommendation and is subject to approval either by the House Representatives or the Federal Government. And our estimate was based on what we perceived as the destruction that had taken place and how it affects the livelihood of the people. The other component of it is that our sister agency – NIMASA – said they have done their investigation and fined $6.5 dollars which they explained as compensation. But I believe that one should be separated from the other. Our own is not compensation but just an administration fine which we have recommended to the government, and that’s the situation as it stands now,” he concluded.

An environmental activist, Joseph Obialor, in a reaction to the development, remarked that it was unfortunate that Nigerians are being made a scape-goat in matters that arise out of the negligence of foreign individuals who exploit God-given resources in the country.

“Does this not make case for the passage of the amended NOSDRA Act to enable the agency expedite action on defaulting companies in the oil industry?” he queried, adding:

“This is why negative reactions occurred in the past in the Niger Delta region when militants took laws into their hands because they have lost faith in those that govern them to protect their rights. The recommendation by NOSDRA and fine by NIMASA are steps in the right direction. It is time the oil explorers know that they will pay some fines if they default, unlike in the past where coins will exchange hands with locals and that would be it!

“Passage of the amended NOSDRA Bill will bring improved sense of corporate social responsibility in the country and check that every operator in the industry observes the acceptable international best practice. It will also equip the agency well enough to achieve its mandates.”

The Delta State House Committee on Environment has given the management of Sterling Oil and ...