ERA/FoEN: Why Shell’s profit is declining 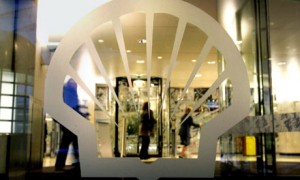 The marked decline in Shell’s global profits in 2013 compared with previous years and the imposition of a N1.8 trillion fine on the company for the December 2011 spill in the Bonga Deep Offshore Oil field are twin indicators that the company’s days of impunity are over, the Environmental Rights Action/Friends of the Earth Nigeria (ERA/FoEN) has said.

Shell had posted a 39-per cent slump in annual net profits, two weeks after shocking the global market with a profit warning. It blamed high exploration costs, pressures across the oil industry and disruption to Nigerian output for the slump.

The company was also slammed a N1.84 trillion fine by the Nigerian Maritime Administration and Safety Agency (NIMASA) and the National Oil Spills Detection and Response Agency (NOSDRA) recently for the Bonga spill incident which occurred on December 21, 2011.

Shell had claimed that some 40,000 barrels of crude leaked into the Atlantic Ocean from its Bonga Deep Offshore Oil Fields while environmentalists and the local communities that were impacted said the spill volumes reported by the company did not represent the actual volumes which were significantly higher. While Shell was busy lying to the global community that the spill had naturally thinned out due to chemicals and dispersants it deployed, fishermen within the Qua Iboe Oil Fields and communities near the spill site reported unusual quantity of oil sheen in their waters.

At a public hearing organised by the House of Representatives Committee on Environment, NIMASA calculated a total of $6.5 billion (about N1.04 trillion) as compensation to be paid to the communities affected by the spill.

NIMASA boss, Patrick Akpobolokemi, said that Shell tried as much as possible to frustrate the agency’s moves to get to the site of the spill. On its part, NOSREA fined Shell $5 billion (about N800 billion) for the oil spill incident.

In a statement issued in Lagos, ERA/FoEN Executive Director, Godwin Ojo, said: “The fines imposed on Shell by NIMASA and NOSDRA and the drop in Shell’s global profits are victory for all environmental justice groups fighting for justice in Nigeria’s Niger Delta. Shell cannot continue to ruin the environment, violate the rights of local communities, dodge responsibility and then expect to rake in mega profits from the same communities.

“We commend the monitoring agencies for imposing these fines on a company with a track record of dodging responsibility. The imposition of fines on Shell here in Nigeria, and the plummeting of its global profits are interlinked going by the fact that Shell has consistently not owned up to its ecocide in the Niger Delta. It remains cocky, burying its head in the sand and expects mega profits. That era is over.

“We have said it consistently that Shell has refused to be regulated. It has inadvertently arrogated to itself the role of a regulator that wants government agencies that have that statutory responsibility to turn a blind eye to its environmental crimes that have ruined livelihoods. This is totally unacceptable.

“Shell will continue to face problems if fails to respect the rights of local communities to a safe environment. It should promptly pay this fine and stop ignoring the laws of Nigeria. In solidarity with local groups and communities that suffer the impacts of the company’s recklessness we insist that enough is enough. Shell’s days of reckoning are here.”

With so much suffering being faced by communities from gas flaring and pollution in the ...