The Federal Government says, contrary to the position of some critics, it has no hidden agenda by pursuing the National Water Resources Bill 2020 before the National Assembly.

The Ministers of Information and Culture, Alhaji Lai Mohammed and Water Resources Suleiman Adamu, disclosed this on Tuesday, September 22, 2020 in Abuja at a joint media briefing to address the misgivings of critics and controversies trailing the bill.

The ministers said the bill is neither a President Muhammadu Buhari agenda to foist the controversial Ruga policy on Nigerians nor design to tow partisan or regional lines.

Specifically, Mohammed said the bill predated the Buhari Administration but the government is pursuing it for  efficient management of the water resources sector, economic development and well-being of Nigerians.

The minister said there is nothing new about the bill being an amalgamation of Water Resources Laws that have been in existence for a long time.

He said the laws are being re-enacted with necessary modifications to bring them in line with current global trends as well as best practices in Integrated Water Resources Management.

“The bill provides for professional and efficient management of all surface and ground water for the use of the people (i.e. for domestic and non-domestic use, irrigation, agricultural purposes, generation of hydro-electric energy, navigation, fisheries and recreation).

“The bill will ensure that the nation’s water resources are protected, used, developed, conserved, managed and controlled in a sustainable manner for the benefit of all persons,” he said.

Mohammed noted that many of those criticising the bill have not read its provisions, thus depending on second-hand information to reach their conclusions.

He said that, contrary to  the position of the critics, the government has no intention to take over the nation’s water resources by licensing and commercialising the use of water.

He said the bill only provides a framework for an existing Water Resources Act, 2004 which requires that commercial borehole drillers obtain a Licence.

Mohammed also faulted the position of some critics that the bill will prevent Nigerians from access to potable water.

He said the critics had relied on Section 75 of the bill which states that “’no borehole driller, whether corporate or individual, shall commence borehole drilling business in Nigeria unless such driller has been issued a Water Well Driller’s licence”.

The minister, however, noted that no technically-competent driller would be afraid of obtaining a Licence, adding that most collapsed boreholes in the country were drilled by charlatans.

He contended that there are no judicial pronouncements inhibiting the bill and, when passed into law, it will not clip the wings of state and local government authorities, as well as individuals, from making use of the water in their backyards.

The minister said the bill is not aimed at taking the resources of a certain part of the country for the use of herders and not capable of triggering “water wars”.

“Gentlemen, you can now see that many of those condemning the National Water Resources Bill 2020 either have not read it or do not understand its provisions.

“Also, we cannot rule out deliberate mischief by some of those who have been portraying the bill as a new source of conflict.

“We are therefore using this opportunity to appeal to Nigerians to avail themselves of the provisions of the bill to avoid being misled by those who have chosen to politicise it.

“We also want to state that the bill is for the good of the nation, and has no hidden agenda whatsoever,” he said.

Mohammed assured that, when passed into law, the National Water Resources Bill 2020 will provide for the enhancement of the Nigeria Water Sector, in line with global best practices.

Speaking in the same vein, the  Water Resources Minister said the bill started in 2004 before the Buhari Administration when stakeholders underscored the need to update the laws guiding water.

He said the initial draft was in 2006 while the final draft was adopted in 2008 after going through the six geo-political zones across the country.

The minister said he saw the need to pursue the bill when he came into office in 2015 because of its immense advantages to the nation’s water sector.

He said the bill became controversial and was dragged along political and regional lines when it got to the Senate in 2018.

Adamu reiterated that there is nothing subterraneous about the bill, rather it is meant to empower the citizenry  and farmers who are into irrigation. 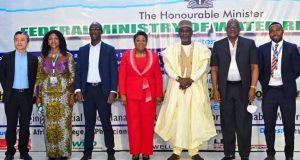 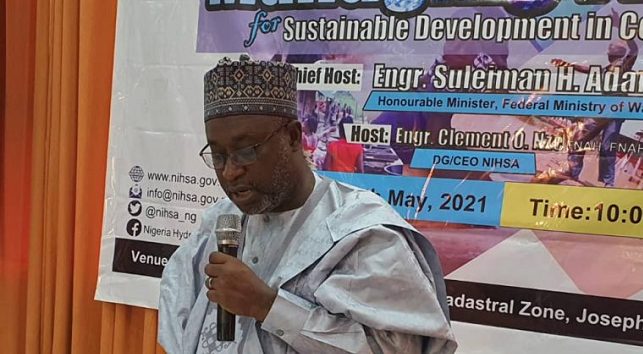