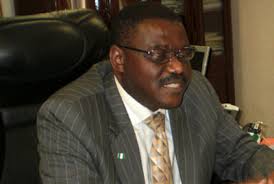 Nigeria has successfully reduced the number of Ebola cases in the country to one, the Minister of Health, Onyebuchi Chukwu, has said.

As of Tuesday, only one Ebola patient remained in isolation in Nigeria, down from the 13 cases the country confirmed since the outbreak of the virus in July, Mr. Chukwu said at a press conference. The deadly virus was first brought to Nigeria 38 days ago by a Liberian-American man, Patrick Sawyer. Mr. Sawyer later died, but after health workers who treated him had contracted the virus.

All the 129 people who were under surveillance have completed the 21day observation incubation period and only one person was found to be symptomatic and is still being observed, he added.