Nigeria, others to switch to use of LPG cooking gas

In a few months’ time in January 2013, no fewer than five million gas cylinders will be distributed to urban and rural dwellers across the nation, under the “Switch to LPG Project”, which was officially unveiled in Abuja last week. 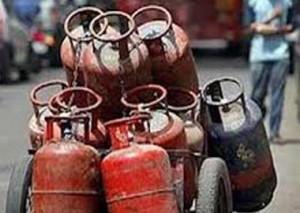 Initially focusing on Nigeria but programmed to spread to other African countries, the phased initiative is essentially utilising the LPG (liquefied petroleum gas) as a climate change control tool, under the premise that with the process curbs the emission of greenhouse gas (GHG) while providing employment opportunities.

The endeavour is being promoted by the Access To Clean Cooking Energy Solutions and Services (ACCESS) Nigeria, an action-based initiative seeking to create sustainable and lasting solutions to Nigeria’s environmental, agricultural and employment issues via strategic partnerships, distributorships, training and agricultural schemes.

At the ACCESS Africa Initiative summit last Tuesday, an official of the group, John Odey, said that, of the several clean fuels, “LPG has been found from complete life-cycle environmental assessments to be a preferable option.”

Odey, former Environment Minister, said: “The use of LPG can thus improve on the health condition of our people. The use of LPG would curb deforestation currently taking a toll on Nigeria’s vegetation. It will also ensure that the huge sums of money spent annually by the various tiers of government on forestation projects are used for developmental purposes.”

He also said that the damage to the environment is enormous, and the recent flooding is one of the most recent examples. He said the negative impacts are unimaginable. All these explain the importance of the ACCESS PROJECT to Nigeria. The solution to the environmental and health challenges posed by use of firewood and other hazardous sources of energy lies in clean, cost effective LPG. 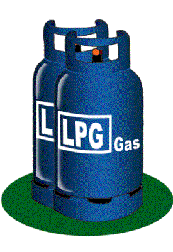 Former First Lady, Justice Fati Lami Abubakar noted the environmental, economic and health hazard of firewood and kerosene. She quoted statistics on the health implications of firewood on women and children and called on participants to discuss in the spirit of partnership and cooperation to ensure that the Switch to LPG Programme works.

A member of the Senate Committee on Environment, Senator Gbenga Ashafa, said the issues plaguing Nigeria include indoor air pollution (IAP), poverty, flooding (about 300,000 Nigerians are displaced by flood annually), deforestation (mainly due to cutting of trees for firewood), greenhouse gas emission, and gas flaring.

He said: “The economic loss is enormous, gas glaring alone would cost Nigeria N2.5 billion annually. The benefits of LPG include elimination of deaths due to IAP since LPG does not produce carbon monoxide. LPG ensures that less time is spent searching for fuel, and frees up time or children to go to school and for women to engage in important economic and productive activities. It reduces gas emissions; it reduces black carbon and saves up to 105 kg of wood per family annually. This LPG programme will create employment opportunities through the supply chain.

“To achieve the switch to LPG programme, there must be a binding law. On behalf of the Senate President and the Chairman Senate Committee on Gas (Senator Nkechi Nwogwo), Senate Committee Chairman on Environment (Bukola Saraki) and other Senators, I promise that the Senate will look into the matter when they consider the PIB. The future of Nigeria is in gas.”

Ashafa called for the training and retraining of experts on gas, adding that the training should focus on this between the age of 25 and 45.

Comrade Abdulwaheed Umar of the Nigeria Labour Congress (NLC) said the labour movement wholeheartedly welcomes the idea and would work with ACCESS to ensure the programme’s success. He called on the ACCESS team not to make the project like other projects in Nigeria that die soon after takeoff. He called on them to make sure that the project continues and succeeds.

He said desert encroachment is a reality and must be tackled. He added that the NLC would not hesitate to encourage any policy or law that encourages the switch to LPG project. He said it is high time the NLC drew the attention of government to this effort to combat environmental degradation, and lamented the absence of government from such an important occasion.

“Government has a lot to do particularly in these kinds of efforts that address the challenge on the environment. One effort the government could make is even to pay for the first cylinder that goes to Nigerian families. Change requires perseverance and patience. Government and the project team should pursue this project vigorously and patiently.”

He said the innovation to create a design of the cylinder with a support that enable women to place large pots is laudable since most African women cook for large families.

Umar noted that the issues of affordability and sustainability are important. He wants the project team to ensure that supplies are regular and reach the nooks and crannies of Nigeria. Otherwise, the project will be badly affected, he warned, saying that, to avoid this, arrangements must be put in place to ensure regular and steady supply.

He further stressed the need to collaborate with government, reiterating labour’s commitment to the project to save Nigeria. He said the NLC would partner with the project to ensure that government buys into the project. He called on the National Assembly to come up with legislations to support the actualisation of the project.

He said the government should consider the idea of buying the cylinders and distribute them free of charge to Nigerians at the take-off of the project.

Chief Executive Officer, Marketing, Oando Plc, Abayomi Awobokun, lamented the environmental challenges posed by gas emissions and other pollution as well as deforestation due to cutting of forests.

“Nigeria spends about N4 billion annually to subsidise kerosene. The country is the world’s 6th largest producer of LPG but one of the lowest utilisers of the product. The use of LPG will improve on the environmental, social and economic conditions of Nigerians. It will save government money and reduce carbon emissions. With huge deposits of LPG, Nigeria has a chance to overcome problems associated with the use of firewood and other dirty fuels,” he pointed out.

According to him, Oando offers a 3kg cooking stove and intends to introduce 5 million units in the next five years. He added that Oando’s marketing would provide financing through its partners to ensure distribution. The project would create jobs and open retail outlets to enable access to the product, he added.

His words: “We are here because we believe every Nigerian is entitled to clean gas for his cooking needs. Oando in partnership with ACCESS is working towards the switch of about 20 million Nigerian households from firewood to LPG.

“Nigeria has 150 million people, it is the 6th largest global LPG producer, the 2nd largest regional LPG producer, but has a lower rate of LPG utilisation than Ghana. 75 percent of households use dirty fuel.

“The potential LPG Consumption by 25 million Nigerian households is 1,500,000 metric tonnes, which will lead to $2-4 billion savings on kerosene subsidy, up to $5 billion savings on afforestation initiatives. It will create of up to 100,000 primary jobs (through distribution), skills and manpower development for up to 1 million youths, and will boost Nigeria’s steel infrastructure sector by 500 percent.”

He, however, insisted that legislation is necessary to ban the use of dirty fuels; mainly because of the environmental hazards, and the health implications.

“In progress, the project has up to 1 million stoves available, in country. The target is 5 million in five years. We require the support of every stakeholder to creation of an enabling law, empower indigenes to boost LPG switch, embark on a nationwide awareness campaign, and adoption LPG as preferred fuel.”

Jerome Okolo of Afridec underlined the need to outlaw gas flaring, saying that, at the moment, Nigeria flares in every three months the UK’s annual gas needs. He made a case for the switch to LPG.

“The GEF small grants programme targets local initiatives to help the environment. We have supported projects in many states in Nigeria. This is one of the projects we are supporting. We support pilot projects, projects which show that ‘it is possible’.”

According to her, many Nigerian women fear gas, and believe that it is not affordable. She said a pilot project they supported in Lagos was able to erase these fears. She commended the initiative, saying that it should be made a national effort.

President, National Association of Micro-Finance Banks (NAMB), Chief Jethro Akun, said his member organisations are interested in any effort that brings succour to the people. He said NAMB would support the project.

He said the LPG project is another opportunity for MFBs in Nigeria to engage in a social project that will address environmental and social problems.

He called for the subsidisation on the product particularly in the rural areas, calling on the project team to ensure that the initiative reaches the over 700 LGs in Nigeria. He said a lending system is necessary to enable the stoves reach every family.

“The MFBs have seen the need to partner on this project. They will work out a timeline for the implementation of the project that will carry us beyond today’s meeting and paper presentations.”

National Coordinator, Renewable Energy Programme, in the Federal Ministry Of Environment, Mrs. Bahijjahtu Abubakar, said Nigeria has the potential to be the biggest clean energy society in the world, and that there are opportunities for investments in the clean energy field in Nigeria.

“The ministry encourages companies to establish factories in Nigeria. Thus, we are happy that OANDO is moving in that direction. Nigeria contributes the highest percentage of death from cooking smoke which is quite unfortunate. The LPG is the preferred fuel which can combat the problem,” she stated.

Group to enlighten community on waste to wealth

The Northern Governors Forum says it will develop solar...

Govt plans use of compressed natural gas for mass transit

The Federal Government is considering the use of Compressed...