Nigeria and two other countries have been placed on a trade ban list for failing to meet their obligations to protect elephants and deal with the rampant illegal ivory trade. Notices were issued recently by the Convention on International Trade in Endangered Species of Wild Fauna and Flora (CITES), recommending that signatories no longer permit trade with Nigeria, Laos and DR Congo. 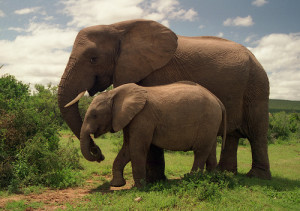 During the July 2014 meeting of CITES tackling the ivory trade and elephant poaching became a pressing concern and a number of countries were listed as not doing enough to halt the trade. 11 countries were ordered to produce and submit national ivory action plans.

These plans had to be submitted to CITES by October 2014. Despite reminders being issued to Nigeria, Laos and DR Congo in January and February this year and the deadline being extended until March 14th no plans have been submitted.

During an inter-sessional meeting in January this year it was decided that those countries failing to meet the 14th March deadline should face trade bans on all CITES species.

The CITES Secretariat have now invoked those sanctions and issued formal notice to all CITES members to enforce trade bans with the three countries.

Also known as the Washington Convention, CITES is a multilateral treaty to protect endangered plants and animals. It was drafted as a result of a resolution adopted in 1963 at a meeting of member of the International Union for Conservation of Nature (IUCN).

The convention was opened for signature in 1973, and CITES entered into force on July 1st, 1975.

Its aim is to ensure that international trade in specimens of wild animals and plants does not threaten the survival of the species in the wild. CITES accords varying degrees of protection to more than 35,000 species of animals and plants.