August 15, 2021 Comments Off on Nigeria losing billions by not tapping opportunities in forest sector – Don 180 Views

A university don, Prof. Tope Ajayi, has said forestry has the potential of helping to create dependable economic fortunes for the Federal Government and the 36 states in their ongoing economic diversification efforts, if properly harnessed.

Ajayi gave the assertion on Sunday,August 15, 2021 in Ado-Ekiti, the Ekiti State capital, during an interview with newsmen.

The professor of Forestry and Wood Technology at the Federal University of Technology, Akure (FUTA), said billions of naira is lost yearly due to inactivity in the forestry corridor.

According to him, forestry business can create sustainable wealth, enough to cater for the needs of the various levels of government, as demonstrated in certain countries of the world.

He said the veritable revenue sources and huge employment opportunities that abound in the forestry sector would change the fortunes of the country for good, if proper attention is deployed.

According to him, initiating effective policies on the economic growth of forestry business would also enhance the nation’s export trade.

He expressed regrets that some of the states had been playing politics with implementation of forest laws, thereby causing  destruction to country’s potential in the subsector, and subjecting people to dangers of global warming, erosion and  flooding.

He insisted that good investments in forest value chain could create wealth through provision of raw materials and finished products for industrial growth, saying these could also engender foreign earnings for the country.

”There are a lot of gains in the forest value chain and it can add value to our economy, if fully harnessed.

”In 1982, I produced a particle board using urea formaldehyde as binder and I was given a national recognition.

ALSO READ:  COVID-19: WHO has not delisted Nigeria from vaccines beneficiaries, says govt

“The depletion of wood resources and accompanying saw dust gave me the impetus to conduct research on the possibility of using agricultural wastes to producing particle board for flooring, partitioning, furniture and other industrial and household use.

“Nigeria can indeed gain enormous economic benefits these research outputs are up-scaled and commercialised,” he said.

Ajayi disclosed that the reason why Ondo and Ekiti state in particular have not been able to maximally tap their forest potential was that they were fond of  playing politics with the extant forest laws.

He said that, in some states, sawmill operators, timber contractors and others are going to the free forest areas and forest reserves to fell trees indiscriminately.

He lamented how governments have been receiving all these reports and allegedly looking away pretending as if nothing was happening.

He therefore suggested that only professionals whose major responsibility and goal is to ensure the protection, proper management, and sustainable utilisation of forest resources for economic gains, among others, be saddled with management of forest reserves. 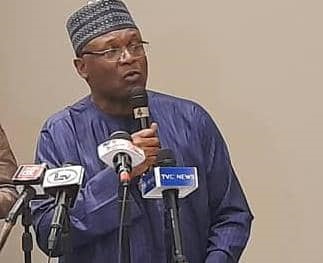 The Independent National Electoral Commission (INEC) has said that it building trust among the Nigerian ...