May 18, 2020 Comments Off on Nigeria extends ‘gradual ease of lockdown’ by two weeks 718 Views

The Federal Government of Nigeria has extended the gradual easing of the lockdown by two weeks across the nation from May 18 to June 1, 2020.

This was disclosed by the Chairman of Presidential Task Force (PTF) on COVID-19 and Secretary to the Government of the Federation (SGF), Mr Boss Mustapha, during the daily briefing in Abuja on Monday, May 18.

According to him, President Muhammadu Buhari took the decision based on the recommendations of the PTF.

President Buhari had on April 27, announced a “phased and gradual easing” of the lockdown in the Federal Capital Territory, Lagos and Ogun states, while declaring a nationwide curfew with effect from May 4.

The President also ordered a ban on all inter-state movements..The Chairman said: “While some objectives were met, the PTF assessment showed that non-compliance was rampant but the PTF nevertheless continued to persuade the populace through its messaging and daily briefing, on the need to take responsibility/”

Mustapha said that this would be accompanied by a corresponding development of infrastructure and other public health measures to be undertaken in every community and at every phase of the response.

According to him, these include: surveillance, case finding, testing, isolation, tracing and quarantining contacts.

“The measures, exemptions, advisories and scope of entities allowed to reopen under phase one of the eased locked down, shall be maintained across the federation for another two weeks effective from midnight today May 18 to June 1, 2020.

“Intensifying efforts to tell (communicate), trace (identify) and treat (manage)’ cases; elevating the level of community ownership of non-pharmaceutical interventions and maintain the existing lockdown order in Kano for an additional two weeks.

“Imposition of precision lockdown in states, or in metropolitan/high-burden LGAs, that are reporting a rapidly increasing number of cases, when the need arises.

“This would be complemented with the provision of palliatives and continued re-evaluation of the impact of the interventions.

“Aggressive scale up of efforts to ensure that communities are informed, engaged and participating in the response with enhanced public awareness in high risk states,” he stated.

He said that the PTF considered it important to let Nigerians know that it relied largely on science, statistics, lessons learnt from other parts of the world and an evaluation of the peculiar circumstances to draw its conclusions on the outcome of the last two weeks.

“For example, our surveillance, infection prevention and control activities identified nine high burden local government areas in the federation reporting high number of cases and accounting for 51 per cent of the total number of infections in the country.

“All the nine are densely populated local government areas nationwide.

“We have also seen that though Nigeria’s caseload still lags behind several other countries, our large population and relatively high degree of mobility and urbanisation, 50 per cent, places us at an increased risk for high transmissibility.

“Therefore, our consideration of ease of restrictions has to balance lives and livelihoods and the slow and gradually phased approach should be science and data driven,” he noted.

He said that in spite of the modest progress made, Nigeria was still not ready for a full reopening of its economy.

“Gradual easing of lockdown is extended by additional two weeks,” he stated.

“Achieving the foregoing objectives was predicated on adherence to the guidelines issued by the PTF COVID-19, adaptation and cooperation by the States, ownership by communities as well businesses, professional bodies, labour leaders, faith-based organisations, traditional rulers and particularly, individuals taking responsibility.

“The PTF continued to assess the level of compliance with the guidelines which came into effect on May 4, 2020.

“While emphasising ownership, we consistently shared some aspects of the assessment during our daily national briefings pointing in the general direction of non-compliance,” he said.

The SGF said that, nevertheless, the task force was pleased that the measures put in place yielded sufficient progress that requires consolidation to ensure that the health system and economy were in a position to adequately respond to any potential outcomes in the future; including a secondary outbreak.

He said that the gradual re-opening of the economy has been sign-posted by the controlled opening, and increased access to markets and supermarkets, banks and other income yielding activities for the vulnerable population.

Mustapha said that, similarly, corporations and government offices partially opened their operations and services so as to facilitate the activities of other sectors.

He noted that some manufacturing, construction and allied sectors also resumed.

“All these sectors ensured that adequate infection mitigation measures were put in place,” he said.

Mustapha said that, in recognition of the global impact of COVID-19 on economies and the need to stimulate and positively turn around the Nigerian’s economy, the Federal Government has been implementing various stimulus packages offered to businesses and state Governments through the CBN.

“Reduction of interest rates from nine percent to five percent for all CBN intervention facilities.

“Restructuring of loans to longer tenors for all companies whose businesses are adversely impacted by COVID-19.

“N100 billion facility to Pharmaceutical and health sectors companies to retool their businesses.

“N1 trillion facility to Agric and Manufacturing companies to expand and set up new factories.

“Suspension of repayment of all state governments’ loans for one year to give states ample financing room to pay salaries,” he stated.

The SGF said that within the two weeks of phase one of the eased lockdown, the following accomplishments were also recorded:

The SGF said that arriving at the final recommendations to Mr President, the PTF objectively and frankly interrogated certain critical factors and wish to inform Nigerians as follows:

“Engagement with communities and other stakeholders has now become the new focus of our strategy,” he stated.

Mustapha added that the inevitable conclusion of the PTF, was that the fight against COVID-19 is long term as the virus is not likely to go away very soon.

He noted that this was further underscored by the fact that no vaccine is expected till around the end of 2021.

“Nigeria is not where we wish to be in terms of control, ownership, infrastructure and change of behavior. We must do more.

“We hinted about the refocusing of our policy on community ownership. Going forward, we shall intensify the mobilisation of individuals, especially the communities to take ownership of this fight,” he said. 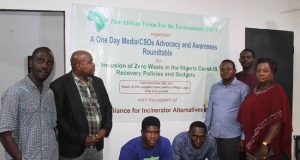 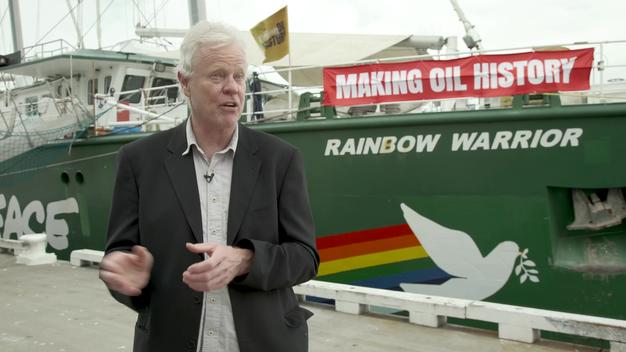 As a scientist specialising in oil spill issues globally for several decades (including in the ...