It has become the norm for the Nigerian biosafety chief, Dr Rufus Egbeda, to rise to the defense of genetically modified organisms (GMOs). This was my response to some participants (not Nigerians) at a high profile meeting, who also saw this article published on Premium Times “Nigeria bio-safety chief defends GMOs” on October 9, 2017, and were visibly alarmed that a regulatory officer would be promoting GMOs, when he should be the umpire. In fact, one said: “This couldn’t happen in my country.” 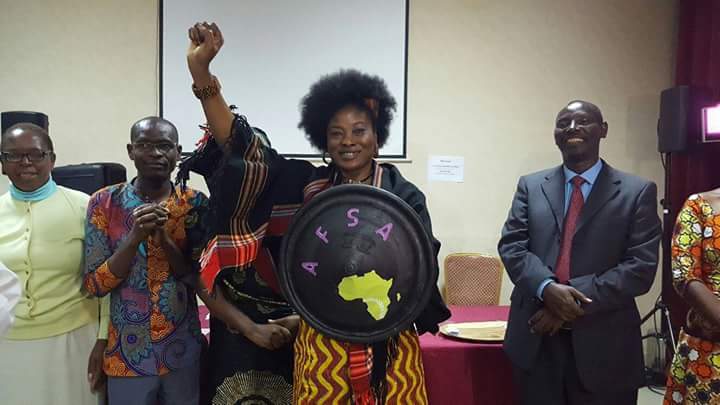 I am taken aback with some of his statements such as, “Genetically modified organisms are not different from their conventional counterparts.” If this was true, why would GM promoters or scientists go into so much trouble of inserting activated toxin genes from the soil-living bacterium Bacillus thuringiensi (Bt) into some crops? When the NBMA boss admits that the crops are “modified,” how can these “modified” crops be the same with their natural, untainted, conventional counterpart?

Monsanto adduced the same arguments in their application to bring in their GM Maize to Nigeria. They asserted that their maize is equivalent to conventional maize. As we have said in many quarters, and we will say it again, the theory of “equivalence” is a worn out argument that has been discredited by independent science, including in a joint South Africa-Norway Biosafety project published in 2011.

Monsanto’s Maize application to NBMA was accompanied with a cocktail of chemicals – glyphosate formulations which will be applied to MON 89034 and NK603 ( Maize). Contrary to Monsanto’s claims of its safety, the International Agency for Research on Cancer (IARC), a sub-unit of the World Health Organisation (WHO), concluded that there was strong evidence of genotoxicity and oxidative stress for glyphosate entirely from publicly available research, including findings of DNA damage in the peripheral blood of exposed humans. In a nutshell, the agency said glyphosate is likely to cause cancer.

Lets us be reminded that the BT cotton, another of Monsanto’s application that had been rejected in Burkina Faso for failure to deliver good quality yield, one of the hyped promises from Monsanto. It was that same failed variety that was recycled and submitted here in Nigeria, and was approved by NBMA possibly to mark its first year of existence. Many reports of this Bt cotton’s abysmal failure abound. In the words of Parshuram Ghagi, from Yavatmal district in India, whose relative died of pesticide poisoning, “Bt Cotton resistance claims have proven hollow.”

Dr Sharad Nimbalkar, former Vice-Chancellor of Dr Panjabrao Deshmukh Krishi Vidyapeeth, states unequivocally, “Bt Cotton variety in use has lost its potency. Besides, pests become resistant to even the pesticides over a period of time. As a result, the number of sprayings required to save the crop has increased.”

A new peer reviewed analysis “GMO Bt toxins: Safe for people and environment or super toxins?” systematically compares GMO and natural Bt proteins and shows that GMO developers, in the process of inserting Bt toxins into crops, have removed many of the elements contributing to this narrow toxicity. Thus developers have made GMO insecticides that, in the words of one Monsanto patent, are “super toxins”. The authors of these review additionally concluded that references to any GMO Bt toxins being “natural” are incorrect and scientifically unsupportable.

It is worrisome to read that the Biosafety Chief said “that cowpea and sorghum were presently being tried at the Institute of Agricultural Research in Zaria,…also another product under trial called the `newest rice’ by the National Cereal Research Institute, Badegi.” Is this for real? Aside from applications for Bt Cotton (MON 15985) and Confined Trial (1) NK603 AND (2) MON89034 X NK603 Maize, and most recently the AMY3 RNAi Transgenic Lines (transgenic Cassava Clones) by International Institute for Tropical Agriculture (IITA) and ETHZ Biotechnology Lab in Zurich, that were announced by NBMA, there is no clarity on how other staples, cowpea (beans), sorghum, rice, all major Nigerian stable food, are being genetically modified and on field trials in Nigeria.

When did the trials for cowpea, rice and Sorghum begin? Which institution(s) or corporation(s)/companies, laboratories are collaborating with the said institutions doing the trials? Under what laws were these trials authorised? How come it was not subjected to public comments like the case of the cotton, maize and cassava as provided by section 25(1) National Biosafety Management Agency Act 2015 which states: “The Agency shall upon the receipt of the application and the accompanying information under section 23 of this Act, display copies of such application and relevant information at such places and for such period as the Agency may, from time to time determine to enable the general public and relevant government ministries and agencies study and make comments on the application and relevant information within 21 days. The director-general, therefore, urged citizens to view genetically modified organisms from a knowledge angle and ignore statements that paint it as harmful.”

Earnestly, is Nigeria’s chief biosafety regulatory officer saying that GMOs pose no harm or risks? GMOs are basically regulated because their safety is in doubt. If indeed GMOs are safe, why should we have a regulatory agency? Why do we need a Biosafety Management Agency? The Agency was established to provide regulatory framework, for safety measures to check the adverse effects that GMOs would have on human health, animals, plants, and the environment. If indeed GMOs were safe, NBMA should be disbanded and the staff redeployed to line agencies. Staff promoting GMOs can be sent to the National Biotechnology Development Agency (NABDA), the agency mandated to promote GMOs. That is where they would be a perfect fit.

In 2010, the American Academy of Environmental Medicine warned that evidence is strong enough that GMOs directly cause health harm to warrant warning people to avoid eating them. The academy noted that numerous studies and incidents have suggested that GMOs can cause problems including immune dysfunction, insulin disorders and damage to organs and the reproductive system.

Also, in the earlier peer review studies, “GMO Bt toxins: Safe for people and environment or super toxins?”, the authors said, “Ciba-Geigy measured its Bt 176 toxins to be 5-10 times more toxicologically active when inserted into plants. Monsanto patented a series of novel Bt toxins with up to 7.9-fold enhanced activity and called these ‘super toxins’ having ‘the combined advantages of increased insecticidal activity and concomitant broad spectrum activity’. The most powerful of these is now found in commercial MON863 corn.”

I dare to say that agroecology is the bold future for farming in Nigeria and Africa as a whole. Let us keep those toxic chemicals, pesticides and insecticides, and all those imported solutions out of our food and agricultural systems and out of our plates.

Nigeria deserves a biosafety regulatory system that is unbiased, pro environment and pro people. I am afraid that NBMA as presently set up and run is skewed in favour of GMOs. Going by the incessant statements of the Director General, the NBMA cannot be an unbiased referee, as its clear it is already flying the colours of the pro-GMO train.