July 31, 2020 Comments Off on Nigeria: Agriculture and nation building 500 Views

For a country to be ideally independent, it must be self-sufficient. When a country has difficulty in producing what it consumes, then there is imbalance of trade and that will affect the per-capital income of the country.

If a country cannot achieve self-sufficiency in technology, resources, or other sectors due to environmental location and/or other factors, it should at least be able to achieve such in terms of food production (agriculture).

For a country like Nigeria, the acclaimed giant of Africa that has over 200 million citizens, it is imperative for her to be able to produce its own agricultural consumption especially for the fact that it is blessed with natural and human (manpower) resources needed to achieve this goal.

Food security is defined as “the access for all people at all times to have enough food for a healthy, active life. Food self-sufficiency is defined as being able to meet consumption needs (particularly for staple food crops) from own production rather than buying or importing.

The economies of most African nations in the world depend primarily on one or two sectors, making them particularly vulnerable to international market fluctuations and encouraging over-exploitation of natural resources.

Thus the need for “sustainable development”, an all embracing concept which calls for environmentally non-degrading, technically appropriate, economically viable and socially acceptable development, poses dramatic challenges to developing countries like Nigeria in terms of diversifying the economies, providing income and employment opportunities for their citizens and intensifying product. Population pressure and inequitable distribution of resources undermine efforts to feed the citizens.

For every negative or retrogressive trend to be reversed, reformation is necessary. China had series of challenges in the past. However, between 1960 and 1970, it had its cultural revolution which greatly impacted on the agricultural production years later. In 2013, Nigeria was the second highest importer of rice; however, after conscious and practical steps which occurred during the period, things started to change drastically.

The Nigerian annual economic summit was held, and, for the first time, the focus was on agriculture; a move made possible by the then President Goodluck Jonathan whose commitment was to fix the country’s biggest employer.

The reforms started in 2011 when the then Minister of Agriculture, Akinwumi Adesina, reduced and subsidised cost of fertilisers for farmers. He also made the fertilisers get to the farmers directly instead of through the corrupt politicians.

Higher cassava production has also been used to manufacture flour, thereby reducing wheat imports. Banks’ lending to agriculture also increased from $22 million in 2012 to $159 million in 2013, duties on agricultural equipment were scrapped and tax breaks given to companies willing to invest in farming and industrial processes. These reforms are needed to reduce reliance on a struggling oil sector and to achieve self-sufficiency.

The country still needs to do more in the struggle to attain self-sufficiency by implementing and evolving policies that will help and increase food production. Some Nigerians have shown foresight by building factories that process agricultural products within the country, thereby creating value chain that boosts employment, protect our foreign reserves, safeguard the economy from external shocks and encourage Nigerian farmers to adopt modern, technology-driven methods that guarantee higher production and returns on investment. 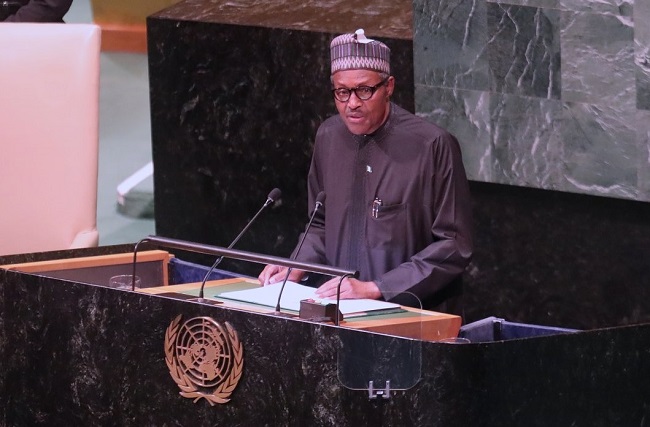