If a recommendation by a Panel during a recent high-level meeting on new global approach to the rapidly urbanising world were to see the light of the day, a new coordinating mechanism of the United Nations would be in place. 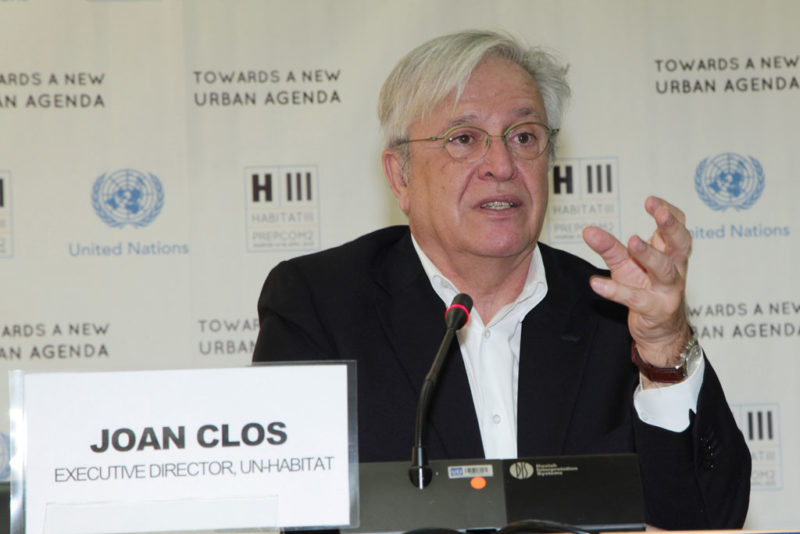 Tagged “UN-Urban”, the instrument, similar to existing ones like UN-Water or UN-Energy, is part of system-wide UN reform. If eventually operational, UN-Urban, the panel recommends, will operate from a small secretariat based in the Department of Economic and Social Affairs (DESA) in New York.

The development was informed by the need to save, stabilise and then rapidly strengthen the UN Human Settlements Programme (UN-Habitat) to equip it for a renewed role based on the 2030 Agenda, adopted in 2015, as well as the New Urban Agenda.

UN Deputy Secretary-General, Amina Mohammed, had on Tuesday, September 5, 2017 said that the organisation was failing to deliver sufficiently in cities, and that its work in and on urban areas must be reinvigorated. She made the submission as the General Assembly kicked off the forum.

“Today, we acknowledge that the UN is not delivering sufficiently in cities. And, through our common effort, we will rectify this,” said UN deputy chief in her opening remarks to the two-day event.

“The proud history of urban work at the UN must be harnessed at this vital time, and the UN must be seen again as the lead convener and catalyser for partners, funders, private sector and civil society organisations to scale up their work in urban areas,” she added, stressing the need for reform of the UN Human Settlements Programme (UN-Habitat).

The meeting discussed how the “New Urban Agenda” has been implemented since its adoption in October 2016 at the UN Conference on Housing and Sustainable Urban Development, known as Habitat III, while examining the recommendations put forth by an independent panel reviewing the effectiveness of UN-Habitat.

It also addressed the measures contained in the Report of the Secretary General’s Independent Panel to Assess, Enhance Effectiveness of UN-Habitat after Adoption of New Urban Agenda, which was published at the beginning of August 2017.

The outcome will serve as an input to the General Assembly’s main body dealing with economic and financial issues the (Second Committee), which will consider action to be taken in the light of these recommendations during its forthcoming substantive session this fall.

Ms. Mohammed noted that, by 2050, 70 per cent of the world’s population could be living in urban areas.

While cities are hubs of promise, jobs, technology and economic development, they are also the epicentre of greenhouse gas emissions and many of the challenges of sustainability.

“It is clear that it is in cities where the battle for sustainability will be won or lost,” she said.

“To do so we have to increase global awareness of the 2030 Agenda for Sustainable Development and the New Urban Agenda, particularly among policy makers and the global public,” he said.

Secondly, strategic partnerships have to be strengthened between governments at all levels, community leaders, civil society, and the business community, to foster coherent approaches to urban development.

Then there is the task of harnessing the exponential potential of science, technology and innovation to drive smart new approaches towards sustainable urbanisation and achieving the Sustainable Development Goals (SDGs), Mr. Thomson said.

And finally, the UN system must be able to effectively serve Member States in achieving these universal agendas, with UN-Habitat strongly positioned to support implementation of the New Urban Agenda, he said.