A group of researchers has developed a conceptual traffic system that would enable driverless vehicles to whizz through intersections without colliding, eliminating the need for signals 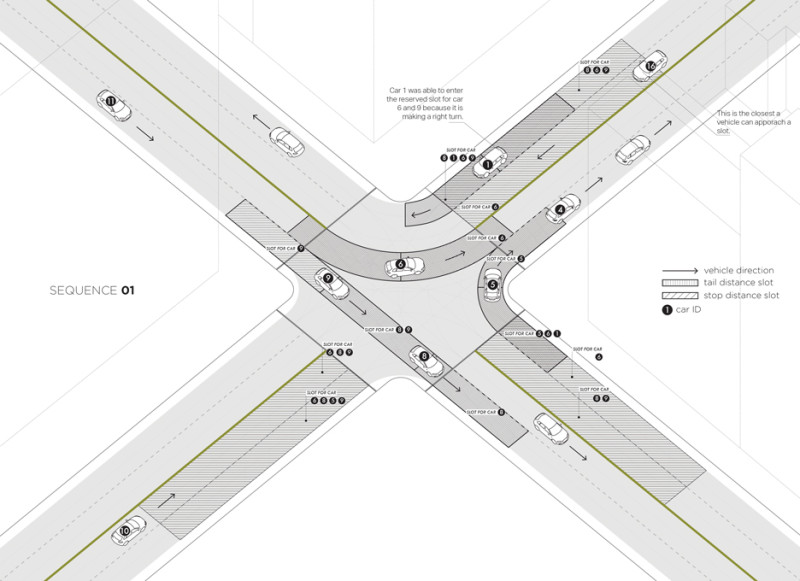 Each car enters a designated slot

Their system would use sensors to keep driverless cars at a safe distance from each other and allocate each car with a crossing slot as it arrives at a junction. 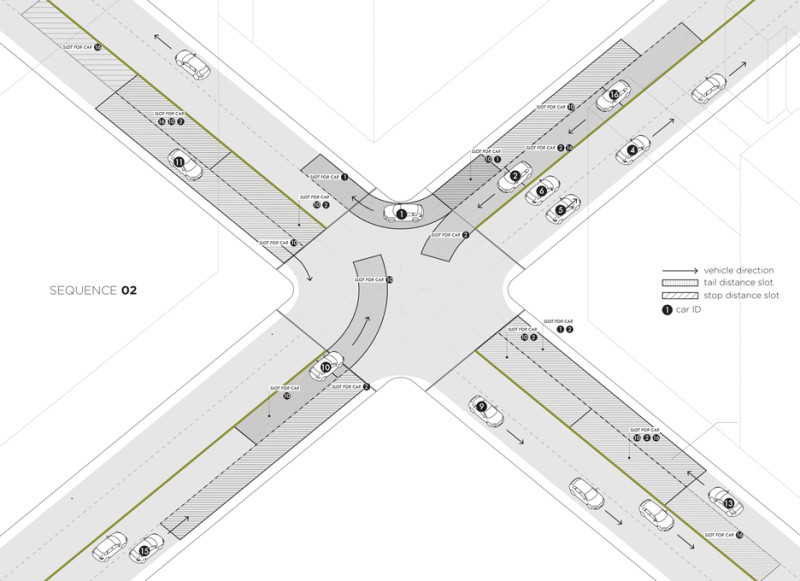 Speeds would be automatically adjusted on approach to ensure the vehicles take it in turns to pass across without having to stop.

“Traffic intersections are particularly complex spaces, because you have two flows of traffic competing for the same piece of real estate,” said Italian architect Carlo Ratti, director of the MIT Senseable City Lab.

“But a slot-based system moves the focus from the traffic flow level to the vehicle level,” he continued. “Ultimately, it’s a much more efficient system, because vehicles will get to an intersection exactly when there is a slot available to them.”

The team believes that this system could dramatically reduce the amount of pollution emitted by waiting vehicles, which would be burning fuel unnecessarily.

It also claims that twice as many cars would be able to pass through crossings in the same amount of time as at intersections controlled by traffic lights. 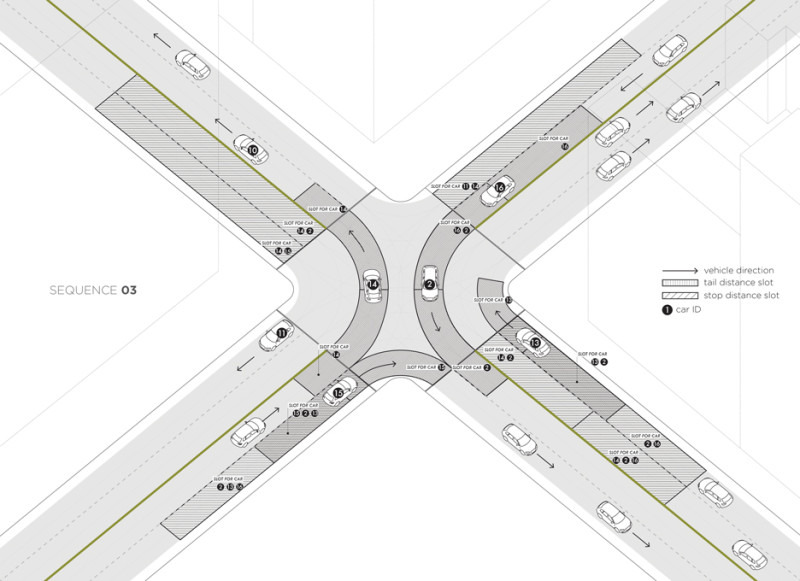 This would help alleviate congestion, extend the lifespan of current infrastructure and reduce the need for new roads.

“It is important that we start looking into the impact of self-driving vehicles at the city level as soon as possible,” Ratti said. “The lifetime of today’s road infrastructure is many decades and it will certainly be impacted by the mobility disruptions brought in by new technologies.”

MIT described the project as heralding the “death of the traffic light”.

Companies ranging from Bentley to Google are working on plans for driverless cars. Goodyear recently unveiled a design for a spherical tyremade for smart vehicles.

At this year’s Geneva Motor Show, Nissan and Foster + Partners unveiled a vision for a connected network that would enable autonomous vehicles to power homes.