An important milestone on the road to controlling greenhouse gas emissions from international shipping has been achieved with the adoption of new mandatory requirements by the industry’s regulatory authority, the International Maritime Organisation (IMO). 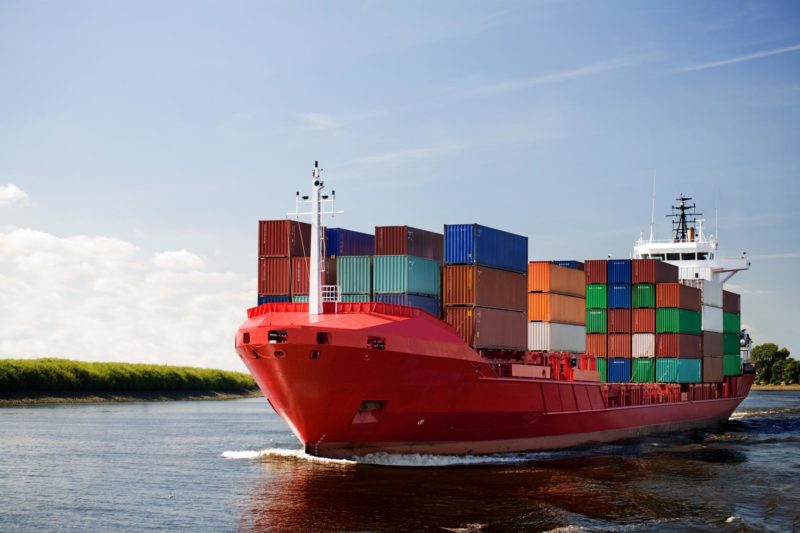 Under the new requirements, ships of 5,000 gross tonnage and above will have to collect consumption data for each type of fuel oil they use, as well as other, additional, specified data including proxies for transport work. These ships account for approximately 85% of CO2 emissions from international shipping. The data collected will provide a firm basis on which future decisions on additional measures, over and above those already adopted by IMO, can be made.

The requirements were adopted by the IMO’s Marine Environment Protection Committee, (MEPC) meeting in London for its 70th session (24-28 October). IMO Secretary-General Kitack Lim said the new requirements sent a clear signal that IMO was ready to build on the existing technical and operational measures for ship energy efficiency.

“The data collection system will equip IMO with concrete data to help it make the right decisions, as well as enhancing its credentials as the best placed and competent forum for regulating international shipping,” Mr Lim said.

The new mandatory data collection system is intended to be the first in a three-step approach in which analysis of the data collected would provide the basis for an objective, transparent and inclusive policy debate in the MEPC. This would allow a decision to be made on whether any further measures are needed to enhance energy efficiency and address greenhouse gas emissions from international shipping. If so, proposed policy options would then be considered.

The MEPC also approved a roadmap (2017 through to 2023) for developing a “Comprehensive IMO strategy on reduction of GHG emissions from ships”, which foresees an initial GHG strategy to be adopted in 2018.

It contains a list of activities, including further IMO GHG studies, with relevant timelines and provides for alignment of those new activities with the ongoing work by the MEPC on the three-step approach to ship energy efficiency improvements mentioned above. This alignment provides a way forward to the adoption of a revised strategy in 2023 to include short-, mid-, and long-term further measures, as required.

Under the roadmap, and to provide long-term vision for the shipping sector, the MEPC has to address a number of important questions, such as what role should the international shipping sector have in supporting the goals of the Paris Agreement.

The Committee also agreed to hold an intersessional working group meeting on reduction of GHG emissions from ships. It is planned that the first intersessional meeting (subject to approval by the IMO Council) would be held back-to-back with MEPC 71, which is scheduled to meet in mid-2017.

In 2011, IMO became the first international body to adopt mandatory energy-efficiency measures for an entire industry sector with a suite of technical and operational requirements for new and existing vessels that entered into force in 2013.  By 2025 all new ships built will be 30% more energy efficient than those built in 2014.

Under the new data collection system, aggregated data will be reported to a ship’s flag State after the end of each calendar year. The flag State, having determined that the data has been reported in accordance with the requirements, will issue a Statement of Compliance to the ship.  Flag States will be required to subsequently transfer this data to the IMO Ship Fuel Consumption Database.

The IMO Secretariat would be required to produce an annual report to IMO’s MEPC, summarising the data collected. Data would be anonymised so individual ship data would not be recognised.

The MEPC adopted the mandatory requirements as amendments to chapter 4 of annex VI of the International Convention for the Prevention of Pollution from Ships (MARPOL). They are expected to enter into force on 1 March 2018, under the tacit acceptance procedure. They add new Regulation 22A on Collection and reporting of ship fuel oil consumption data and new appendices covering Information to be submitted to the IMO Ship Fuel Oil Consumption Database and form of the Statement of Compliance, which would be issued to the ship once the relevant data had been reported.  Other regulations are amended to cater for the new requirement, including those related to certificates, surveys and port State control.

Stressing the global context of this latest breakthrough, Mr Lim said, “IMO will inform the next Conference of the Parties to the United Nations Framework Convention on Climate Change, which is to meet in Marrakech, Morocco, next month, on the tangible progress made, proving to the world that IMO continues to lead in delivering on the reduction of greenhouse gas emissions from international shipping.”

Like Loading...
2016-10-30
admin
Previous: Why Marrakech is more important than Paris
Next: WWF concern over Vietnam, Africa rhino-poaching