February 6, 2017 Comments Off on NEITI seeks partnership with NDDC on anti-corruption 1,107 Views

The Nigeria Extractive Industries Transparency  Initiative (NEITI) has said that it will partner with the Niger Delta Development Commission (NDDC) to enthrone transparency and accountability in the operations of the agency.

Executive Secretary of NEITI, Waziri Adio, gave the assessment in his presentation to the Retreat of the Commission held in Port Harcourt, Rivers State.

Mr. Adio noted that the NDDC and NEITI were set up with similar mandates targeted at addressing the syndrome of resource curse, a situation where countries like Nigeria blessed with abundant natural resources find their larger population living in abject poverty as a result of over-dependence on the natural resource and mismanagement of revenues accruing from the resource.

He lamented that, over the years, public perception of NDDC was more of an agency with huge revenue resources but with little impact on the lives of the people of the Niger Delta.

The Executive Secretary, who was represented by NEITI’s Director, Communications, Dr. Orji Ogbonnaya Orji, urged the new team at the NDDC to carry out a corruption risk assessment that will enable the agency develop a framework to strengthen its operations.

The NEITI Reports presented to the Commission’s Retreat disclosed that a total of $1.98 billion was remitted to the NDDC between 2007 and 2014.

This was in addition to the sum of N594 billion paid to the Commission in local currency during the same period.

NEITI also told the NDDC Management Retreat that, from its Fiscal Allocation and Statutory Disbursement Audit Report covering 2007-2011, the sum of N7.4 billion allocated to member states of the Commission for grass root development projects in the respective states could not be accounted for while 22 of such projects valued at N1.19 billion were duplicated.

The NEITI Executive Secretary urged the new Board and Management of the NDDC to carry out an independent project implementation audit, commit to good corporate governance and the principles of the global extractive industries transparency initiative.

Managing Director of the NDDC, Nsima Ekere, welcomed the emerging partnership between NEITI and the NDDC and pledged to use the NEITI Reports as major tools to enthrone accountability and corporate governance.

He gave the assurance that the NDDC under the new Board and management would fully embrace the principles of the global Extractive Industries Transparency Initiative (EITI) to reverse the resource curse syndrome in the Niger Delta, through efficient resource utilisation, corporate governance and project delivery. 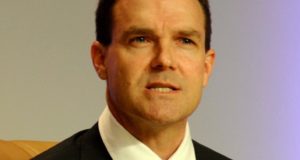 The media have been charged to report evidenced-based issues on corruption in order to strengthen ...