African Ministers for Environment (AMCEN) held a high-level meeting at the Africa Pavilion at the on-going climate change conference in Paris, France. 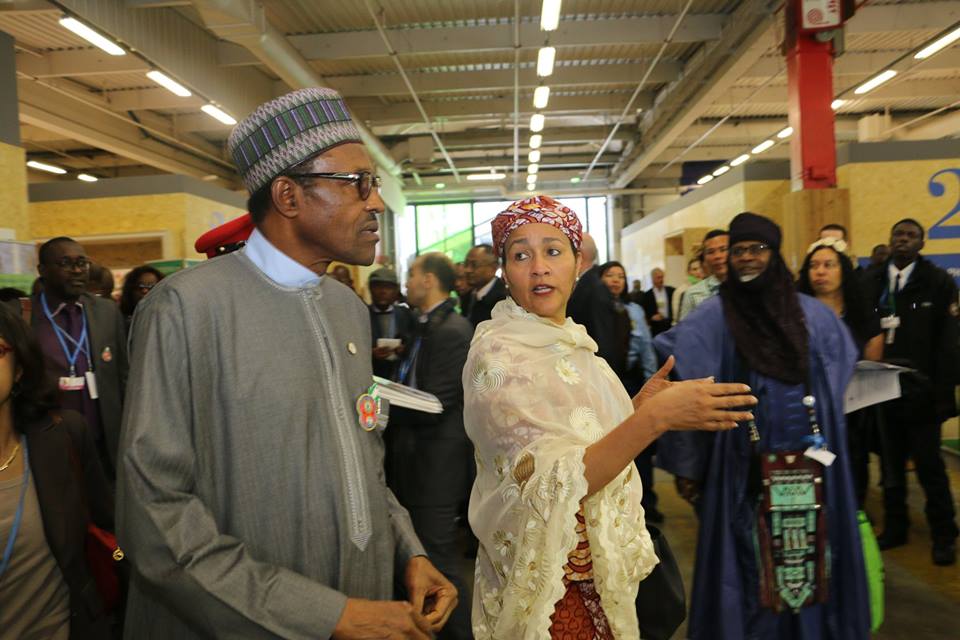 The ministers from Africa’s 54 nations were briefed on the status of the 21st Session of the Conference of Parties (COP21) and key points which they should focus on in the penultimate session of the discussions.

Speaking to the ministers, UN Secretary General Ban Ki-moon stressed that Africa is particularly vulnerable to the effects of climate change. Much of its economy depends on a climate-sensitive natural resource base, including rain-fed subsistence agriculture, he said.

He added, “Now, here in Paris, governments have the opportunity to secure a global climate change agreement that can pave the way towards a safer, healthier, more prosperous and sustainable future.”

The UN scribe noted that climate change may be just one of the 17 SDGs, but without addressing it properly, all remaining 16 goals cannot be fully implemented.

He added, “Through cooperative action, countries and regions can accelerate the transformation to low-emissions climate-resilient economies that meet the development needs of citizens in a sustainable manner.”

The COP21 agreement is scheduled to be signed on Friday. The African Group of Negotiators (AGN) led by its lead negotiator Xolisa Ngwadla from South Africa has identified five priority areas which need political backing for a fruitful outcome.

The key political and cross-cutting issues include adaptation, ambition, differentiation, flexibility for Africa and finance.

The AGN team also pointed out that the Paris agreement should be in the form of a protocol or another legal instrument with legally binding form as a matter of international law.

“The legal instrument should encompass all issues in a balanced manner with progression above the existing obligations of the Convention on mitigation, adaptation, loss and damage, finance, technology, capacity and transparency,” said Selam Kidane of AGN.

Ngwadla echoed her sentiments. “We should take the first step towards achieving material parity between mitigation and adaptation. Parity for adaptation should be operationalised in the 2015 agreement through a definition of the global goal for adaptation (GGA).”.

He is of the view that the Paris agreement must deliver ambition that keeps Africa safe, by referring to and demonstrating feasibility of keeping global temperature increases below 1.5 degrees Celsius.

He cautioned ministers to realise that Africa has above global temperature increases, deep development challenges and chronic poverty and can’t be expected to divert resources away from development or be excluded as a block from receiving climate finance.

“The Paris agreement should address transparency and adequacy of the financial support by developed countries based on analysis of the funding gap. Rich countries should continue to provide support to developing countries based on clearly defined obligations. We need to double the Green Climate Fund (GCF) and triple it by 2020,” said Seyni Safo, the AGN’s spokesman.

Dr Khaled Fahmy, Minister of Environment of Egypt, and President of the AMCEN, called for a united African voice so that Africa wins as a continent.

“Statistics paint a bleak future for Africa. The sea level has risen. People and animals are dying. The stakes are high for us. We need a coherent voice to get solutions to these problems,” Mr Fahmy said.

Patience Tumusiime of the African Union Commission (AUC) noted that in the coming few years, 200 million Africans will be exposed to water scarcity calling for a political backing to solve the problem.

“Agriculture yields are projected to reduce by 50 per cent. This will lead to malnutrition and deaths due to malaria in East and South Africa. We need to come up with solutions to climate change,” she said.

“Let us implement sustainable development programmes to save our continent. We are leading the way as a continent and our partners should support us financially because we know that Africa’s global emission percentage is negligible,” Ms Denton said.