Need for urgent action to deliver on climate treaty stressed

April 23, 2016 Comments Off on Need for urgent action to deliver on climate treaty stressed 3,902 Views

The 43-member Climate Vulnerable Forum (CVF) on Friday joined other Parties to the United Nations Framework Convention on Climate Change (UNFCCC) to take forward commitments to fully implement the Paris Agreement. In a press conference held in conjunction with the Paris Agreement Signing Ceremony, the leadership of the Climate Vulnerable Forum emphasised the significance of urgently translating pledges into solid and decisive actions, as well as partnership with civil society and efforts in the context of the High Ambition Coalition. 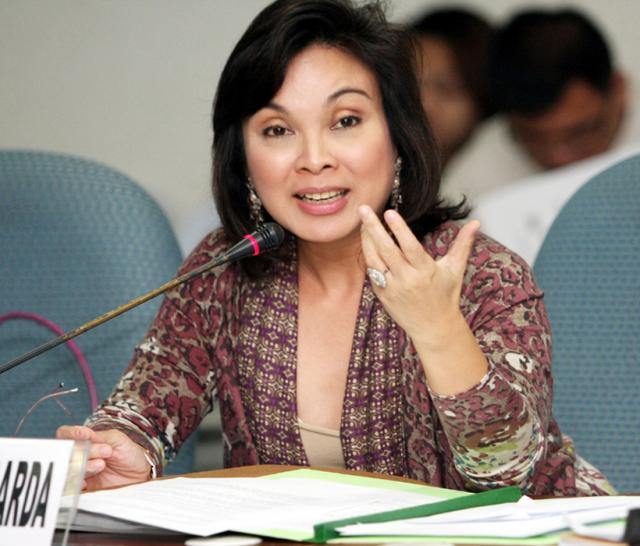 The more than 160 nations present at UN Headquarters in New York for the Paris Agreement Signing Ceremony represents about 93% of global greenhouse gas emissions.

“With the signing today of the Paris Agreement by over 160 countries, the time for talk is over and the time for urgent climate action is now,” said Philippine Senator Loren Legarda.

“The 1.5 degrees Celsius-cap on global temperature increase is at the core of the Paris Agreement. ‘Well below’ 2 degrees certainly cannot mean 1.9, 1.8 or 1.7 degrees. 1.5 is really the minimum deliverable and we can already take actions to achieve it well before 2020,” she added.

Legarda further commented: “We have already breached one degrees Celsius and look what has happened to countries like my country, the Philippines. We still feel the effects of Typhoon Haiyan. Our country and large parts of the world are reeling from the effects of extended drought.”

Manuel Gonzalez, Minister of Foreign Affairs of Costa Rica said that the successful signing ceremony should be immediately followed with domestic and international initiatives that will make sure that the Paris Agreement takes effect and is acted on as soon as possible.

He further stressed that more ambitious pre-2020 action must be aligned with the 1.5 degrees Celsius-goal: “We cannot live in a world fraught with challenges to life and human well-being. Nobody is going to come from Mars to help us. It’s very simple. Our effort here today is sending a strong signal to the world on the type of development model and public and private investments we need in the future,” Gonzalez pointed out.

Wael Hmaidan, a member of the Climate Vulnerable Forum Expert Advisors Group and International Director of the Climate Action Network, expressed confidence that the overwhelming turnout at the signing of the Paris Agreement only indicates that the world is eager and ready to tackle climate change.

“Usually, after a big political moment like Paris, the level of momentum stalls. But climate action is only growing as the events in New York today attest,” he said. “On a civil society-level we see the same momentum continuing to progress. This transformational movement will only grow. One of the key objectives for us going forward is to support the Climate Vulnerable Forum on its 1.5 degrees Celsius-advocacy and on achieving 100% renewable energy.”

For his part, Secretary Emmanuel M. De Guzman of the Philippine Climate Change Commission (CCC) underscored the importance of governments working hand-in-hand with civil society: “There is a lot of work to do and without civil society action and support at the local level it becomes very difficult to achieve change. In the Philippines, we are rolling out an initiative called Communities for Resilience (CORE), and we are working to mainstream emissions reductions strategies down to the very local level. We are going down to the community and engaging them on how they can contribute to achieve the Philippines negative 70% emissions,” De Guzman noted.

The Forum also released a statement with delegates also highlighting the need for all countries to already begin work to prepare new, higher ambition contributions to emission reductions (INDCs) under the Paris Agreement in order to ensure alignment with the 1.5 degrees Celsius-limit. Also highlighted were the importance of rapid progress towards achieving the $100 billion joint commitment of developed countries on climate finance in support of raising ambition, and the humanitarian priority of achieving a 50:50 balance of climate finance between mitigation and adaptation by 2020.

“Keeping the 1.5 degrees Celsius-promise, scaling up and funding increased action will help protect the 1 billion people who are most vulnerable to climate change. It will, at the same time, help lift billions of people from poverty,” De Guzman said. “The world will not be able to achieve the Sustainable Development Goals, also agreed last year, without ensuring the Paris Agreement reaches its full potential.”

“Not funding adaptation would be the worst kind of false economy as it would only drive up the costs of humanitarian emergencies,” De Guzman also asserted. “We are looking forward to seeing real progress on this front, as much remains to be accomplished.”