July 4, 2019 Comments Off on NCC collaborates with relevant organisations to eliminate e-waste 677 Views

The Nigerian Communications Commission (NCC) says it is collaborating with relevant agencies to eliminate e-waste of fake handsets in the sector and Nigeria at large.

She said the commission was collaborating with are the Consumer Protection Council, Standard Organisation of Nigeria (SON), Nigeria Customs Service, Law Enforcement Agencies and National Environmental Standards and Regulations Enforcement Agency (NESREA), among others

Shehu talked about the effects of non-type approved handsets on quality of service and health of the users of e-waste.

She said: “It includes negative impact on quality of service, health concerns associated with electromagnetic field emissions from non-type approved handsets and the negative.’’.

She said that NCC was undertaking an initiative at the regional level in collaboration with stakeholders to form a regional synergy in developing a framework for combating counterfeiting ICT devices in the African sub-region.

In view of the challenges posed by the proliferation of non-type approved handsets and other substandard ICT products, Shehu urged other stakeholders to join hands and fight this menace.

She hoped that the workshop would provide a platform for operators, mobile equipment manufacturers, vendors, consumer groups and other stakeholders to raise the level of understanding and awareness on this issue.

According to her, at the national level, the Commission has in place a robust type approval regulation, seeks to discourage the use of counterfeit and substandard ICT products in the Nigerian telecommunications industry.

Mrs Grace Jakawa, Assistant. Director, Mobilisation and Orientation, National Orientation Agency (NOA), Bwari Area Council, advised NCC to collaborate with the agency to take the awareness down to the grassroots.

She added that the commission could emulate the National Agency for Food and Drug Administration and Control (NAFDAC) whereby introducing a code for customers to test a number and verify the authenticity of the phones.

“It is better to have a code for customers, instead of going through the commission’s website to search,” she said.

Mr Obeyi Isa, Head, Information and Communication, Institute of Disaster Management and Safety, Bwari Area Council, said it was a privilege to have the training.

Isa also said that there had been an advocacy because of the hazards that the non-type approved handsets had caused in the environment.

Akuso Philip, a participant, said that the programme had helped him to go out and educate people out there concerning the category of the handsets to be purchased and those not to be purchased

“We have been using phones that we thought are good phones. I had a phone that the moment I put the phone in my pocket, it will generate heat and within a short time the battery will go down.

I have been looking for an opportunity for this type of sensitisation,” he said.

Earlier, Mr Eli Peters, Secretary, Bwari Area Council, who represented the Chairman, Dr John Gabaya, thanked NCC for the gesture and prayed that the purpose of the sensitisation be achieved with results to show for it.

The gathering was aimed at sensitising stakeholders to some key challenging issues in telecommunications in Nigeria.

The long-term objective was to create regulatory awareness on the need for type approval to consolidate the exponential gains recorded in the telecommunications industry in Nigeria. 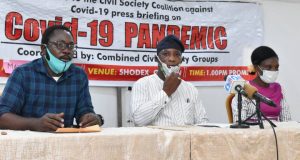 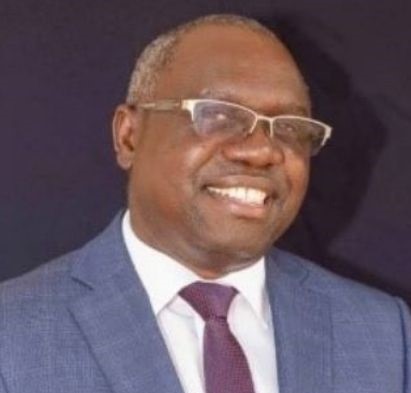 The African Centre for Aquatic Research and Education (ACARE) on Tuesday, May 26, 2020 announced ...